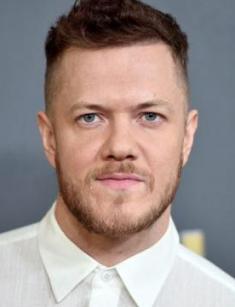 Dan Reynolds is the frontman of the group Imagine Dragons and the winner of Hal David Starlight Award. The ordinary boy from a large family could hardly dream of conquering the world of music as a rocker.

Today, Dan’s schedule is planned for months; people from all over the world want to go to Imagine Dragons’ shows. Apart from his successful music career, the man works as a producer and a social activist.

Daniel Coulter Reynolds was born in Las Vegas, Nevada, on July 14, 1987, into a Mormon family. The would-be star was the seventh child among nine kids. All his siblings were fond of music, and the boy was not an exception: Reynolds took up music at six and diligently attended rehearsals.

Unaware of his talent, he never thought about building a music career; working for the CIA was his cherished dream. The young man fancied this idea much and entered a college to receive the necessary training.

The future musician was a good student, yet he could not remain stagnant due to his artistic nature. Daniel and his friends organized a music group, wrote songs, and performed covers at parties and bars. When Reynolds had enough material, he started singing his own songs and proved to be a good vocalist. The young people participated in a university talent show and won two prizes.

While college studies were challenging for the young man, his music achievements could not be ignored. The would-be frontman reflected on the meaning of his life a lot and then made a decision; he quitted the university and put all his strength to music.

Daniel mastered playing the instruments quickly and worked hard on his vocal. The group participated in many contests: a victory could provide them with a good start, considering they had no budget for promotion. Little by little, Imagine Dragons got their first fans; each competition brought more recognition. Dan’s singing manner and public message were an integral part of it.

25 000 people visited the group’s first big show. In 2010, Imagine Dragons were invited to the music festival Bite of Las Vegas: the soloist of the group Train fell ill, and the band had to be replaced by someone. Thus, the musicians took the chance and earned the audience’s love; Las Vegas Weekly called them Best Local Indie Band 2010.

In 2011, the group signed a contract with Interscope Records; Alex da Kid became their producer. The same year, critics and music lovers welcomed the debuting album Egyptian. In 2014, Imagine Dragons gained the Grammy Awards; the albums Smoke + Mirrors (2015) and Evolve (2017) followed. It took the artists two years to create the material for the latter project.

Brought up in the Mormon tradition, Daniel does not worship money. The musician used to be a missionary and saw many people; today, he tries to support those in need. In 2013, Reynolds and his colleagues established The Tyler Robinson foundation that helped children with oncology.

The lovers married in 2011. Three daughters have been born in this union: the eldest girl Arrow and the twins Coco and Gia.

Although Dan and Aja loved their kids, they considered divorce at some moment. It was not easy for artists to live together, especially when one of them spent much time touring and another one had to stay home. The media talked much about the couple’s break-up, yet they managed to reach a compromise. Today, Reynolds and Volkman have made amends and continue to live together.

Athletic and handsome, Dan seems to be invincible. However, the man had to fight autoimmune disease, ankylosing spondylitis: the inflammation of spine and joints. Today, the artist is in remission and feels perfectly healthy.

Summer 2018 brought the single “Natural”; the music video “Zero” and the album Origins followed later. In January 2019, Imagine Dragons presented the music video “Bad Liar”; fans believed that Dan devoted the song to his wife as the sign of the atonement.

Fans can learn the latest news about the artist on his personal Instagram account: there are concert and rehearsal materials, family photos, and pictures from social events there.