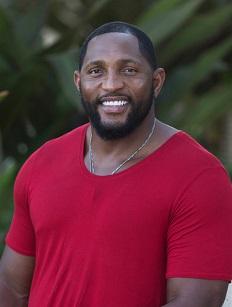 The legendary footballer with exceptional instincts and skills became one of the most recognized and famous athletes. His reputation was marred with a terrible accident. However, he remained one of the best footballers of all time.

The skilled footballer was born in Florida. He had a good heritage and was excelled at both football and wrestling. But his childhood was far from stable and comfortable. His mother gave him breath when she was 16, and his father was with his family episodically.

He wasn't the only child in his family. Ray has five siblings. Trying himself in different kinds of sport, he became an absolute star at high school, thank his impressive athletic ability. He was the oldest among the other four kids in his family. As the oldest brother, the boy helped his two younger sisters with their hair and watched for his youngest brother.

He almost hadn't known his biological father, who abandoned his family in Ray's early years. The boy had a complicated relationship with him; that's why he decided to take his mother's boyfriend surname. He played for the Hurricanes in his college years.

In 1992 became an important member of the team's defense. His excellent game allowed him to gain the most prestigious titles. In 1995 he drafted to the professional league. He was a real star who established himself as a footballer with exceptional instincts. His height is not very tall for the defensive position, but thanks to his excellent skills and lines of the character, he managed to overcome his not very tall height.

He proved to be the outspoken athlete, who played for the only one team during seventeen seasons. As the best defensive player of the group, he won numerous awards and many times led the team to the victory. His best year was the twelfth season, the time when his club won the title thanks to his excellent work in the defense. The club set a record for fewest rushing yards and points. As a spiritual leader, he continued to play season after season, remaining the vital piece of the club. But after 2012, his game began slowing. He got a severe injury and was unable to dominate. As a result, he retired. His last game he led the to win the title.

In 2000 he and his companions were involved in the fight after celebrating his victory on the field. As a result of the conflict of a group of people, two men were murdered. He and two of his companions were indicted on murder. His white suit hadn't been found, the weapon of the murder – the knife – was found but without any fingerprints and DNA. The blood of one murdered man was found in the footballer's limousine. As a result, the attorney agreed with the court about the dismission of charges. In exchange, the footballer had given testimony against his two companions. The sentence for the footballer was twelve months of probation. He also paid $250,000 as a fine.

His flawless reputation of the leader allowed him to take the most prestigious awards and numerous accolades. But after being involved in the murder trial, his reputation was deemed. In one interview, he was asked what he wanted to say to the family of killed men. He expressed his regret. In recent years his image has been recovered. He was recognized as one of the best linebackers of all time. His statue was put outside the stadium in Maryland. He was referred to in several TV shows, movies, and music. The footballer appeared on ads and documentaries

The legendary athlete has six children. In 2015 he released his autobiographical book. He was spotted to have numerous love affairs. But as officials report, he has never been married. The footballer takes part in the following season of the Dancing With The Stars. Unfortunately, the journalists reveal his dark side of the past in any opportunity.

Although his professional career is far behind, the athlete continues to stay fit and gives a perfect example for other sports enthusiasts. People always are interested in his workout routine, including bench press and work out legs, abs, arms. Besides, he is a dedicated activist, which contributes much to the community in his hometown — especially concerns about children. The footballer is deeply religious.

At present, Ray's net worth is estimated at $45 million.