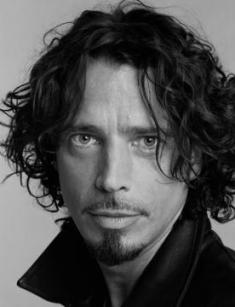 The voice of the epoch, a splendid guitarist, a good person, and the iconic group member, Chris Cornell had everything one could wish for. Still, the other side of success meant alcohol, drugs, depression, and the endless search for something – perhaps, a better self. It is impossible to say which scale will tip in such people. In 2017, the international grunge star and the soloist of Soundgarden lost his fight and committed suicide.

Christopher John Boyle was born in July 1964 in Seattle. His Irish father, Edward F. Boyle, worked as a pharmacist; the mother, Karen, was Jewish. After the parents divorced, the boy took the mother’s second name, Cornell.

The love of music appeared in Chris early: the boy found The Beatles discs. As a teenager, Cornell had depression and retired to his room; he quitted the school.

At 12, the boy somehow got access to drugs and prescription meds; he began his life in the altered mental status. He managed to remain clean for a year and then returned to substances at 15.

Before Cornell became a grunge leader, he played drums in groups performing rock covers, worked as a waiter and chef’s assistant in a restaurant, and sold seafood in bulk.

The actual music career began in 1984 when Chris and his friends founded the group Soundgarden; he sang and played the drums. Kim Thayil and Hiro Yamamoto were the band members as well; the drummer Scott Sundquist joined the team later, and Chris could focus on singing. Several years later, the iconic drummer Matt Cameron who was the best one in the city, replaced Scott.

In 1987-1988, the group presented two mini-albums, Screaming Life and Fopp with the Sub Pop label; their compilation Screaming Life/Fopp followed in 1990.

On October 31, 1988, SST Records presented the group’s debuting studio album Ultramega OK. It was nominated for the Grammy Awards for Best Metal Performance in 1990. In 2017, the extended version of the disc came out: it contained the early versions of “Head Injury”, “Beyond the Wheel”, “Incessant Mace (Short)”, “He Didn't”, “All Your Lie”, and “Incessant Mace (Long)”.

After Ultramega OK, Hiro Yamamoto left the group to continue his studies; Jason Everman from Nirvana replaced him, and Ben Shepherd took his place later. In 1991, Soundgarden recorded the new album, Badmotorfinger, that was also nominated for the Grammy Awards and became platinum in the USA twice.

1994 brought the fourth studio album, Superunknown, that also enjoyed much success. Unlike the previous works, it was more diverse, and the influence of The Beatles could be traced. Soundgarden earned international recognition; later, critics called it the peak of the band’s art. Superunknown topped Billboard 200, became platinum five times in America and three times in Canada. The music videos to all the singles were created; the song “Black Hole Sun” was the group’s trademark.

In 1995, Soundgarden won two Grammys and had two nominations for it; Superunknown was included in Rolling Stone’s 500 greatest albums of all time; besides, it was number five in Top Ten List of Guitar Albums of 1994 according to Guitar World. Some hits were used as soundtracks to 3DO and PlayStation games.

After the supporting tour, Cornell had a time-out: he had some troubles with his vocal cords. Chris did not waste this time and co-worked with eccentric Alice Cooper and even wrote a song for him.

The last album of the group, Down on the Upside, was released in 1996; it was not as popular as the previous discs, though. In January 2010, Cornell announced the reunion of Soundgarden; the new album, King Animal, appeared in November 2012.

Chris Cornell’s voice was incredible; it was notable for four octaves and powerful vocal belting technique. The musician continued to work as a solo artist and presented several albums: Euphoria Morning (1999), Carry On (2007), Scream (2009), Songbook (2011), and Higher Truth (2015).

Cornell enjoyed individual activities and solved his alcohol issues; he joined the Audioslave project and worked on it until 2007. The group presented three popular albums; Audioslave was platinum in the USA, and Out of Exile topped the American chart. The songs from Revelations appeared in the drama Miami Vice before the release. Audioslave was the first rock band that performed in Cuba after the blockade.

A serious car crash had a weird effect on Chris’s music. He began to collaborate with the producer Timbaland who had little to do with rock music. The 2009 album Scream surprised fans; some of them accused the musician of betraying grunge and going too pop. The music video “Part of Me” starred the boxer Wladimir Klitschko who was not related to music in any way.

The artist’s music appeared in cinematography. The soundtrack “The Keeper” for the movie Machine Gun Preacher was nominated for the Golden Globe; other tracks appeared in Mission: Impossible 2 and Great Expectations. “You Know My Name” for Casino Royale was the first time from 1983 when the title of the James Bond movie was different from the soundtrack title. After Soundgarden reunited, they presented the soundtrack “Live to Rise” for The Avengers (2012). The last solo release, “The Promise”, appeared in the movie under the same title in 2016.

Guitar World called Chris the greatest rock singer; he was number four in the top 100 heavy metal vocalists of all time according to Hit Parader. Rolling Stone gave him the ninth position in its Best Lead Singers of All Time list, and MTV put him on the 12th place in its 22 Greatest Voices in Music.

The manager Susan Silver became the artist’s first wife. Despite their daughter’s birth, the spouses broke up in 2004. They had to argue about the collection of 15 guitars during the divorce; later, Chris reported the four-year process was favorable for him.

Soon after the divorce, the man married the Greek journalist Vicky Karayiannis. Two kids were born in this union: the daughter Toni and the son Christopher Nicholas.

In 2012, the couple founded the charity fund Chris and Vicky Cornell Foundation for the homeless and deprivileged children; a part of concert income was sent there.

On May 18, 2017, the media shocked everybody by the news about Chris Cornell’s death. The musician died in a hotel room in Detroit: he committed suicide and hanged himself. According to the artist’s friend, the musician Kevin Morris, people around him felt something was wrong with Cornell, and he looked like he was dazed. The press published the list of meds that Chris had taken before his death.

The drummer Matt Cameron commented on the frontman’s death and posted his photo on Facebook; he wrote: “My dark knight is gone”.

The musician’s net worth was $60 million.