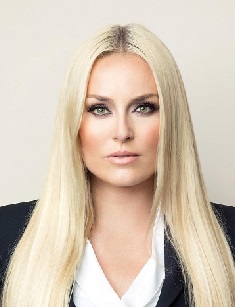 Lindsey Vonn is an American alpine ski racer on the US ski team. She is one of the six women who have won ‘World Cup’ races in all five disciplines of alpine skiing, namely, downhill, super-G, slalom, giant slalom, and super combined. Read Lindsey Vonn’s biography right now!

Lindsey Caroline Kildow's birthplace is Saint Paul, Minnesota – she was born there on October 18, 1984, to the family of Alan Kildow, a former junior national ski champion, and his wife, Linda Anne (née Krohn). She passed her childhood in the Twin Cities metropolitan area in Burnsville, Minnesota. Speaking about Lindsey Vonn's ethnicity, she has Norwegian ancestry. Vonn has four siblings – three brothers Dylan, Karin, Reed, and a sister Laura.

As a 2-year-old child, she began skiing. Vonn attended training at 'Buck Hill,' a ski and snowboard area, by her father's former coach, Erich Sailer, who was also a 'US Ski and Snowboard Hall of Fame' inductee. Also, her granddad Don Kildow gave the girl skiing lessons.

By the moment Lindsey Vonn turned 7, she had already skied in Colorado, Minnesota, and Oregon all-year round. She often traveled to Colorado by train – there she took skiing lessons at the 'Ski Club Vail' (SCV), an alpine racing program which trains young and aspiring skiers of 6 years and above.

When Vonn was a 6-grade student, her family left for Vail, Colorado. During her first year at 'SCV,' Lindsey skied under the 'Gravity Corps' pre-age-class program. Colby S Scudder was her coach. The program, directed by Tom Krebs, was really strict. According to its details, skiers were not to be trained inside the gates but were to develop their skills in challenging terrain and severe conditions.

As for her education, she studied the 'College of Missouri's 'Center for Distance Learning and Independent Study' online program.

In 1999 Lindsey Vonn took part in "Cadets" slalom events in Italy's Trofeo Topolino di Sci Alpino and won them alongside Will McDonald.

In 2002, the sportsman first performed at the 'Winter Olympics' in Salt Lake City and raced in both slalom and combined, securing the sixth spot.

In 2004, she finished third at the 'World Cup' in Cortina d'Ampezzo, Italy. Also, that year Vonn got a silver medal for taking part in the 'US Alpine Championships' at the 'Mount Alyeska Resort,' Girdwood, Alaska.

Besides, she got a ninth place in super-G. However, she failed to finish the giant slalom.

Lindsey Vonn became a winner of 'World Cup' making her the second American woman to be honored with the most 'World Cup' downhill victories, after Tamara McKinney in 1983.

Performing at the 'Winter Olympics' in 2006, Lindsey Vonn showed her second-best time. However, she crashed and got injured the second training run for downhill on February 13, 2006, in San Sicario, Italy. A helicopter hospitalized her. Vonn suffered a bruised hip and had to undergo treatment. The sportsman got back to competition two days later and finished 8th.

In 2008, the sportsman won the 'US Alpine Championships' combined title (downhill and slalom).

At the end of 2012, Lindsey Vonn missed some slalom races because of illness. However, several days later, she succeeded to win two downhill and a super-G race in Lake Louise. These victories increased her career total to 56 and helped her surpass Vreni Schneider to earn a second place among women.

In 2018, Lindsey Vonn claimed she would not come to the 'White House' reception in case she won the 'Olympic' gold medal. Moreover, the sportsman refused to represent the US president at the 2018 'Winter Olympics.'

Lindsey Vonn performed at the Vancouver Winter Olympics in 2010. On February 17, in her first event, she won the gold medal in the downhill at Whistler Blackcomb, having defeated longtime U.S. rival Julia Mancuso by 0.56 seconds. It made Vonn the first American woman to win Olympic gold in downhill.

In her second event, the woman got the first place in the downhill portion of the race. In the slalom portion, however, she crashed when she failed to get her ski around a right-hand gate.

In her third event, the super-G, Vonn finished third behind Andrea Fischbacher and +, 0.74 seconds behind Fischbacher's winning time.

In her fifth event, the slalom, Vonn lost control and straddled a gate and was disqualified from the competition.

In 2003, Lindsey Vonn took part in the 'Junior World Championship' in Puy-Saint-Vincent, France and succeeded to get a silver medal.

2005 brought her the fourth place in both the downhill and the combined events at the 'World Championship,' held in Bormio, Italy.

In 2007 Lindsey competed in the 'World Championship' again. She crashed, what caused a low-level ACL sprain to her right knee. In spite of the accident, the sportsman finished third in the 2007 'Women's World Cup' super-G and downhill races.

In 2009, Vonn performed at the 'World Championships' held in Val-d'Isere, France. She became the first woman who has won the world super-G title.

Before her season-ending crash on February 5 in Schladming, Vonn led in the World Cup downhill standings with 340 points. Several were within reach of taking the title during her absence from the tour. Overall champion Tina Maze, who trailed Vonn by more than a hundred points, took a 4th-place finish in Méribel and a win in Garmisch to close the gap to a single point with one race remaining at the World Cup finals in Lenzerheide.

Weather conditions were in Vonn's favor, as officials canceled the race after numerous delays due to a thick fog on the lower section. Eventually, she won her sixth downhill season title in spite of not competing in downhill since mid-January.

Lindsey Vonn has a long dating history. Her current boyfriend is P.K. Subban. The two made their official debut as a couple on the red carpet at the CMT Music Awards in Nashville, Tennessee, on June 6, 2019. The partners have been dating for a couple of months already.

Before, Vonn had been romantically linked with Kenan Smith. They became a couple in 2016 and parted ways in 2017.

Also, that year Lindsey Vonn was involved in a relationship with Alexander Ludwig, an actor known for his role on the television series, Vikings and with Aaron Rodgers, a football player.

Besides, Vonn had a 3-year relationship with Tiger Woods. They got acquainted at a charity event in 2012. Vonn’s ex-boyfriend even introduced her to his children, Sam and Charlie (their mom is Elin Nordegren). However, in 2015 the rumors appeared that Woods cheated on Vonn, and the two broke up.

Moreover, Lindsey Von has had a husband - Thomas Vonn, also a skier. They were introduced to one another at the Olympic Games in Salt Lake City in 2002. At the time, Lindsey was 17 years old — and Thomas was 26. They got engaged in 2006 and tied the knot in September 2007, in Deer Valley, Utah. Their relationship ended in divorce in 2013.

Lindsey Vonn has starred in commercials of various sports brands, including a commercial of Under Armour’s swimsuits.

In 2017 the documentary about Lindsey Vonn entitled Chasing a Story premiered.

Vonn is a founder of the Lindsey Vonn Foundation, a charitable organization aimed to provide academic and sports scholarships to students and help children discover the grit within to succeed in their lives.

Lindsey Vonn’s net worth is evaluated at $6 million.

Lindsey Vonn has been featured on the covers of 'People,' 'Women's Health,' 'Fitness,' Sports Illustrated,' 'Glamour,' 'ESPN' and 'TV Guide.'

The sportsman earned the silver in both downhill and super-G at the 2007 'World Championships' in Åre, Sweden. These were her first "big race" medals.

In 2009, Vonn was honored with the 'Skieur d'Or Award' by members of the 'International Association of Ski Journalists' for her stellar performance during the previous seasons.

The next year, she got two' Sportswoman of the Year' awards: one by the 'United States Olympic Committee' and the other by 'Laureus.'

In 2019 Lindsey Vonn received ESPY Award and was invited to The Daily Show.