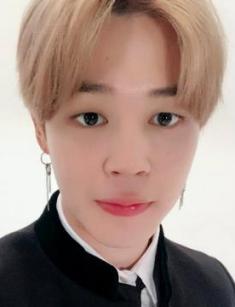 Not for nothing was the vocalist of the popular Korean boy band BTS, Park Ji-min, among the top ten most-talked-about musicians in the world in 2018. After all, the media and fans are interested in everything related to their favorite singer, and the Internet is full of provocative headlines, e.g., “Jimin almost lost his pants on stage,” “Park fell on stage during a performance,” “Jimin kisses,”, “Is the singer was a girl?.” It is only the beginning of the list. However, he cannot reverse fame.

Park Ji-min was born on October 13, 1995, in the city of Busan, which is called the sea capital of South Korea. Two years later, the parents had also a younger son, JiHyun. The boy was given such a poetic name, which means " "My wisdom will be higher than the sky," by a happy grandfather.

Therefore, the guy did not take a stage name, having become a member of the boy band, although they considered different options, e.g., Baby J, Baby G, and Young Kid.

The parents who owned their cafe on the coast tried to create an atmosphere of love and mutual understanding. Therefore, they enrolled the oldest son in Just Dance Academy, having noticed his craving for art. They supported the boy’s decision to become a star.

Jimin graduated from Hodong Elementary School and Yonsan Middle School. In the 8th grade, he became keen on dancing, began learning popping and locking dance, constantly asking a teacher how to build muscle as soon as possible. Later, he mastered contemporary dance and was a top student in the modern dance department.

The singer also studied at Global Cyber University and two arts high schools. He entered one of them, following the example of his idol, Rain (Jung Ji-hoon).

As for the interesting facts of his early life, it is known that in childhood, the boy loved Galaxy Express 999 and dreamed of becoming a hero with a mechanical body. As a child, he thought that the dog had beautiful legs and grasped them. In turn, the pet bit him and left puncture marks. In high school, classmates called him Ddochi because he looked like a puppy.

While developing his dancing and musical skills, the young man attended castings and auditions. One day, he managed to mesmerize the audience and the strict jury with abilities so much that he was invited to Big Hit Entertainment. Less than a year later, Park became a member of the hip-hop band BTS. He was one of the last men who joined it.

Therefore, he had to make more efforts than others. He worked so diligently that colleagues even worried about his physical health. He made his debut as a member of the band with the release of the single "No More Dream" on June 13, 2013.

Rumors have it that when a dance teacher said that Park needed to bare his torso during the performance, he became disheartened because he did not like to undress in public. But over time, the fear was gone, and now fans can see the athletic body of their idol. Fortunately, his height of 5.67 ft. (173 cm) and a weight of 134.48 lbs. (61 kg) allow it.

At the beginning of his career, the vocalist was very concerned about his appearance. So, he tried always to apply makeup or, otherwise, hide his face without makeup from the cameras. Now the young metrosexual cannot dispense with two things: eyeliner and lip gloss.

In 2016, his first solos from the debut albums, that were different from each other, hit the top 20 most streamed songs in the UK and surpassed fifty million streams on Spotify. His credentials also include the triumph during the Paris tour. After the resounding success, Park was showered with invitations to shoot in television programs.

At the same time, Jimin recorded covers for popular singles of stars, including Justin Bieber, a duet of his former girlfriend Selena Gomez and Charlie Puth.

The young artist became so famous that his ardent fan paid a large amount of money to look like his idol. Fans love Jimin not only for his singing, incredible grace, and dancing skills but also for charity work. For three years, the man helped to pay for school uniform until the institution was closed.

It is not surprising that the very popular singer is always in the spotlight. In addition to new hits, people are also interested in the details of Jimin’s personal life. It is known that he was credited with several love affairs with female colleagues.

The first girlfriend on the list was Han Seung-yeon from Kara, whose enthusiastic comment on Park’s talent gave rise to rumors about their relationship. However, the information turned out to be false. Later, the video with one of the participants of Red Velvet caused a new wave of gossip, but nothing proved their close relationship.

Park has often talked about the features of an ideal woman. She should have long hair and some oddities, be intelligent and shorter than him. The media also wrote that he had a girlfriend before the musical debut, but the couple broke up.

It is also known that Jimin was passionately and unhappily in love during his school years. He even blushed and turned pale, seeing the apple of his eye. By the way, according to Jung Ho-seok, the main feature of his colleague is loyalty, while Min Yoon-gi and Jeon Jung-kook emphasized his smiling eyes.

On the New Year’s Eve in 2018, the hot Asian singer gave listeners a personal gift.

He released a solo composition. Although the single was not a collaboration with the band, the young men willingly participated in its creation. “Promise” set a 24-hour SoundCloud record.

Jimin showed how to dance to this single behind the scenes at the Golden Disc Award. It is possible that later the dancing will also be included in the music video.

Immediately after that, people began making assumptions that Jimin was leaving the group BTS. But the singer did not intend to leave his second home, as he called the band, but was preparing to release the new album Bangtan Boys and fight for the Grammy Award. The subscribers follow the life of their favorite singer on Instagram.

Park Ji-min has a net worth of $8 million.