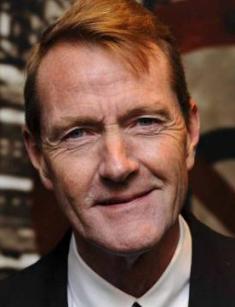 Lee Child is known as the author of the thriller series about a former police officer Jack Reacher, who gets accidentally involved in dramas and crime conflicts. The novelist’s works make a wonderful ground for detective series and movies.

James Dover Grant was born on October 29, 1954, in Coventry, Great Britain. James was the second among four boys in the family. His younger brother, Andrew Grant, is also a writer: he is famous for the books about David Trevellyan and the detective Cooper Devereaux.

When the would-be writer was four, the family moved to Birmingham, where the kids would have better educational opportunities. The boy attended Cherry Orchard and King Edward’s School. In 1974, the young man continued his education at the University of Sheffield; although he was not going to devote his life to jurisprudence, he chose law as his major. Whenever James had time, he worked at the theater backstage.

In 1977, Grant graduated as a Bachelor of Laws. Many years later, in 2009, the writer became a student again and gained an Honorary Doctor of Letters.

Before Child became a famous novelist, he worked as an administrator on Granada Television, Manchester; he spent 18 years on advertising (1977-1995). He was responsible for more than 40 thousand of airtime and created hundreds of commercial videos and news stories. However, the diligent professional was fired due to the “corporate restructuring”; he was so angry that he decided to become a great figure to annoy his former employer.

The writer’s pseudonym consists of two parts. “Lee” came from the family joke when somebody interpreted Renault's Le Car as “Lee’s car”. As for “Child”, James dreamed of having his books between the novels of the great writers, Raymond Chandler and Agatha Christie, in libraries.

According to the novelist, his works are “the purest form of entertainment”. The debuting thriller about Jack Reacher Killing Floor (1997) was aimed at distracting people from the depressing reality. As the story runs, the former police officer goes to Margrave, Georgia, for sightseeing. He is arrested on suspicion of the murder that had taken place in a café the day before. Some police officers believe the man is innocent; they find the criminal, but the situation turns out to be more serious and involves the Aryan Brotherhood.

This novel brought the author international recognition: American, British, and Japanese literary critics awarded it five prizes for best debut. Since that time, Child begins a new book of the series the day the first one was written; thus, a new part of the plot is published every year. 2019 will bring the new story, Blue Moon.

Lee Child’s novels are called commercial: the author focuses on the relevance for his audience, not the artistic attractiveness. For instance, one of Reacher’s parents is French: this fact is supposed to make the novel more appealing to French readers.

According to the writer, the novels about Jack Reacher are the story of revenge:

“Somebody does a very bad thing, and Reacher takes revenge”.

For example, Die Trying (1998) pictures how the former detective is kidnapped with the girl with a limp; he had helped her cross the road. Tripwire is about the investigation of the murder of the detective whom Jack had met in a resort. Some motives repeat: just like in Killing Floor, The Visitor (2000) shows the main character accused of murdering two women; The Hard Way (2006) portrays Jack when he helps a businessman rescuing his wife.

The novels about Reacher look good on the screen: a lot of action, shooting, and drama. Only two books have been filmed: the movie Jack Reacher (2012) was based on One Shot (2005), and the book of 2006 served as the ground for Jack Reacher: Never Go Back (2016). Tom Cruise played the main character in both projects.

Lee Child’s novels and short stories are published in 35 countries in 27 languages. Once, the writer told journalists he would keep writing the books about Reacher until the demand would decrease. Judging by the sales, the end of the writer’s career will not take place soon: a million of copies is an average result for each book of the series.

Lee Child married in 1975. Today, the novelist and his wife Jane live in the woman’s home city, New York; they have a daughter, Ruth. The family leads a private life, and the media have no photo of James and his nearest and dearest.

The writer is a fan of the Aston Villa soccer club; sometimes, he includes the players’ names in his novels.

Fall 2019 is going to premiere the 24th book about Jack Reacher, Blue Moon.

In November 2018, Lee Child withdrew the rights for screen adaptation from Paramount: he wanted to have another actor playing Reacher. Tom Cruise’s height is only 5.58 feet (170 cm.) while Jack is often described as a tall, athletic man (6.4 feet or 195 cm.). Today, the novelist is negotiating with Netflix and watches tall actors who might be candidates for this role.