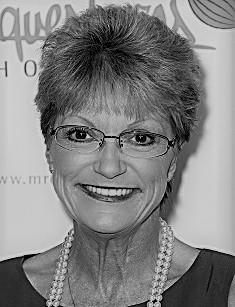 Denise Nickerson was a famous American actress mostly known for her role as Violet Beauregarde in Willy Wonka & the Chocolate Factory (1971) and as a member of the Short Circus on The Electric Company(1971). On July 10, 2019 the woman died at the age of 62 because of overdose of pills.

Denise Nickerson’s birthplace is New York City – she was born there on April 1, 1957, to the family of Flo, a clerical worker, and Fred Nickerson, a mail carrier. Nickerson had an elder sister Carol. When Denise was a kid, the family left for Miami, Florida. As a 2-year-old child, she appeared on a television commercial for a Florida heating company. At the age of 4, she was noticed by Zev Buffman of Neighborhood Playhouse, at a local fashion show.

Shortly after, the talented girl acted as Wendy's daughter Betsy Palmer in the play Peter Pan held at Miami's Coconut Grove Playhouse. Alongside the cast, Denise Nickerson embarked on a tour with the play. Their first destinations were Denver, Colorado, Washington, D. C, and Bangor, Maine. The play ended when Nickerson was 9. That time young Denise alongside her sister moved back to New York City where they lived with their grandmother in Massachusetts.

The late 1960s were marked by Denise Nickerson’s appearances on such shows as The Doctors playing Kate Harris, and opposite Bill Bixby in an unsold television pilot called Rome Sweet Rome. 1968 brought the actress a breakthrough – she started acting in ABC Daytime's Dark Shadows as recurring characters Amy Jennings and Nora Collins from 1968–1970. Having stopped working on the show, she starred in the 1971 television movie The Neon Ceiling.

The same year, Nickerson’s fans could see her playing Lolita in the 1971 ill-fated musical, Lolita, My Love during its run on Boston, which closed on the road. Besides, she acted as gum-chewing Violet Beauregarde in the 1971 film Willy Wonka & the Chocolate Factory (alongside AnnaSophia Robb), when she was 13 years old. In 1972 Nickerson appeared in The Electric Company. Her character was Allison, a member of the Short Circus music group. Producers saw the potential in the fresh-faced Nickerson and offered to take part in recording of several songs, including "The Sweet Sweet Sway." Moreover, the actress played Pamela (one of two dates Peter Brady had on one night) in a final The Brady Bunch episode Two Petes in a Pod. That time Denise participated in the audition for the role of Regan MacNeil in The Exorcist. Unfortunately, she failed, and Linda Blair got the role.

Shortly after Nickerson was seen playing Liza Walton on the CBS soap, Search for Tomorrow. She worked with the series until the directors decided to age the character and make her one of the show's romantic heroines

Later Denise was invited to star in the TV movie The Man Who Could Talk to Kids, opposite Peter Boyle and Scott Jacoby. In 1975, the actress played in the satiric, beauty-pageant inspired motion picture Smile. Her character was Miss San Diego's Shirley Tolstoy – she co-starred alongside young Melanie Griffith and Annette O'Toole.

Then Denise Nickerson also contributed to the movies Zero to Sixty and Child of Glass.

In 1978 Denise Nickerson decided to stop her acting career. She discovered her parent had wasted the money she had made earlier. Nickerson intended to try out being a nurse but became a receptionist in a doctor’s office instead.

Time to time, she was seen acting on television. For example, she appeared on an episode of the 2000–2002 John O'Hurley's version of To Tell the Truth, as contestant number two. In 2011, her Willy Wonka & the Chocolate Factory colleagues appeared on an episode of Top Chef: Just Desserts, which challenged the contestants to create an edible world of wonder and on the Today show in 2015.

Denise Nickerson’s net worth had been evaluated at $5 million, by the moment of her death.

In her life, Denise Nickerson had two husbands. In 1981 she tied the knot with Rick Keller -they were married till he passed away two years later of a brain aneurysm. In 1995 she married Mark Willard. They had welcomed one son, Josh, before separating in 1998.

Denise Nickerson had been doing well over the past year after having serious health problems - suffering a massive stroke in June 2018.

On July 8, 2019 Denise was left alone for a short amount of time — about 7 minutes — while her son drove her daughter-in-law to a doctor appointment. In the time they were gone, Denise took several pills, according to her family and friends.

When Denise’s son Josh came home, he saw his mom in rough shape, and he immediately rushed her to the hospital. Over the next two days, Nickerson’s health declined rapidly.

On July 10, her family removed sick Nickerson from life support. Denise was not on life support - she had a DNR — do not resuscitate — in place. A DNR is also known as “no code” or “allow natural death.” It is a legal order that indicates that a person does not want to receive cardiopulmonary resuscitation (CPR) if their heart stops beating. In most cases, a DNR would prevent a patient from being placed on life support.

She was pronounced dead later that day at the age of 62.