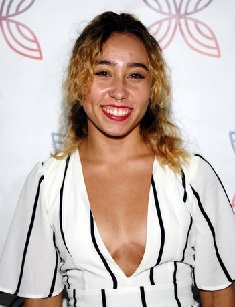 Katelyn Michelle Ohashi is an American former artistic gymnast who performed for the University of California, Los Angeles. She became popular on various social media networks in January 2019 for her perfect 10 score at the 2019 Collegiate Challenge, the fourth perfect 10 floor routine of her career.

Katelyn Ohashi was born on April 12, 1997, in Seattle, Washington to the family of Richard Ohashi, and his wife, Diana Ohashi. Richard was of Asian-American ethnicity. Besides, Katelyn has German and Japanese roots. Katelyn has three older brothers - Ryan, Kyle, and Kalen.

In 2006, she alongside her parents left for Kansas City, Missouri. Three years later, they moved to Plano, Texas.

At the age of 3, Ohashi started attending gymnastics training at 'Gymnastics East' in Bellevue with the best coach. When she was 14, Ohashi completed her "elite" training.

Speaking about Ohashi's education, she studied at the Spring Creek Academy and then graduated from Plano Senior High School in 2015.

In 2009 Ohashi took part in her first national-level gymnast competition - 'Junior Olympic National Championship.' She got the first position in floor exercise, second in uneven bars, fourth in the all-around, and seventh in vault. Ohashi's first elite meet was at the 'U.S. Classic' in Des Moines, Iowa, in which she held the fourth position in the junior division for floor, fifth in balance beam, and ninth in the all-around category.

Due to Katelyn's high stats at the 'U.S Classic', she was able to take part in the 'National Championships' in Dallas. There the sportsman earned the silver for floor exercise, finished 6th in the beam category and 10th in the all-around category. Then, she advanced to the junior national team. She left for Plano, Texas to start her training at the 'WOGA.'

In 2010, Ohashi won several silver medals in the all-around, bars, beam, and floor categories of the junior division of the 'U.S. Classic' held in Chicago. In summer, she got the bars title. Moreover, she finished third in the all-around and earned the fourth, the fifth, and the seventh positions in the floor, the beam, and the vault categories, respectively, at the 'National Championships' in Hartford, Connecticut.

In 2011 Katelyn Ohashi represented the United States at the 'City of Jesolo Trophy.' She earned the gold medal in floor and the silver in uneven bars, securing the third place in the all-around category. Also, the gymnast finished fourth in the beam category and fifth in the vault category.

Ohashi was honored the silver in beam performing at the 'U.S. Classic' in Chicago. She received the junior all-around title, having defeated defending champion, Kyla Ross, at the 'National Championships.'

In her senior career, Katelyn won the 2013 'American Cup,' having defeated Simone Biles. Shortly after, she hurt her shoulder, had to undergo surgery, and was ruled out for the rest of the year.

Ohashi became depressed because of the trauma – she was not sure if she could continue at the international "elite" level. Moreover, she suffered from two torn shoulders and spine surgery later that year. So, the sportsman couldn't perform till 2015. The news grabbed public’s attention and was on highlights of sports media.

Having returned to the sport, Katelyn was dropped from "elite" competition to level 10. She took part in the 2015 'Pikes Peak Cup' in Colorado Springs, finishing second in the vault event final. Since Ohashi's injury, her results were not so impressive.

Katelyn's collegiate started with the 'UCLA Bruins' gymnastics team for the 2015–2016 season. The sportsman received the 'Pac-12 Freshman of the Week' title four times.

Once, fighting against the 'Arizona Wildcats,' Ohashi had an accident again. The cap of her balance beam fell off, and she landed on her neck. The doctors stated a sternal fracture, and Katelyn was out for four weeks.

She came back the following season, finishing the regular season at the first spot in balance beam, along with two perfect 10s.

Performing at the 2018 'Pac-12 Gymnastics Championships,' Ohashi got the collegiate title in the floor division for her Michael Jackson-themed performance. The performance became very popular on YouTube – the video got millions of views.

In 2019, Ohashi competed in the 'Collegiate Challenge' – she performed an R&B and pop medley earning her perfect 10s.

Katelyn has a blog titled 'Behind the Madness.' Through writing articles, she shares her views about her struggles related to managing a rare skin disease and ulcerative colitis. Once Ohashi said she had often been ridiculed for not wearing makeup.

Ohashi grabs people's attention because of her skin condition, granuloma annulare, causing dark spots all over the body. She herself is not embarrassed about it, constant rumors make her feel stressed.

In her blog, Ohashi publishes motivational speeches which make other shy girls love themselves with all their shortcomings, without keeping a diet and plastic surgery.

Speaking about Ohashi’s private life, there is no information about her possible boyfriend.

She is a six-time All-American and was a four-time member of USA Gymnastics' Junior National Team, the 2011 junior national champion and the winner of the 2013 American Cup.