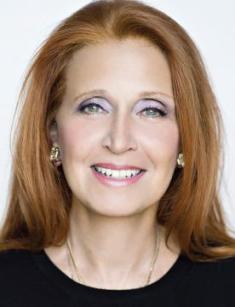 Danielle Steel is a popular writer whose works describe love and romantic experiences. Readers can accompany her characters in their paths from a simple crush to the real feeling. The novelist has presented more than a hundred books, but few people know that her life had as much happiness and grief as her imaginary stories.

Danielle Fernandes Dominique Schuelein-Steel was born on August 14, 1947, in New York. The girl’s father owned a business, and the mother came from a high-ranking Portuguese diplomat’s family and kept the house.

Right after the future writer was born, the family moved to France; Steel spent her first years there and got used to luxurious dinners and parties where her parents were invited. They divorced when their daughter was seven, and Danielle returned to New York with her father; the mother stayed in Europe. Later, the teenager moved to France to study design and graduated in 1963 to take up fashion design classes. Steel also attended New York University until 1967.

Danielle’s literary talent manifested itself early: the girl wrote short stories and tales; the parents were glad to read her works. The young woman also created poetry. There is no wonder that Steel chose the career related to texts: she began to work as a copywriter for an advertising agency. Further on, she moved to San Francisco and got hired as a PR specialist.

Everything changed quickly: Steel’s client was so admired by her gift that he recommended her to write a book.

In fact, Danielle wanted to write a novel when she was a university student, but things did not go farther than a rough draft. This story, Going Home, was published only in 1973. The early text shows the author’s most significant values: a family home, faithfulness, and genuine feelings.

Apart from invented plots, the woman described some events that happened in her own life. For example, Passion’s Promise portrayed the woman who fell in love with a drug abuser and reflected Danielle’s relationship with her third husband, who also used drugs. Remembrance touches upon the same issue: two lovers have to face it.

Malice is autobiographical as well: the main character’s marriage is destroyed after newspapers and magazines publish the materials about her past. The same scenario happened to the writer: somebody published the book that revealed how Danielle’s son was born; the young man committed suicide later. Steel expressed her pain in the book His Bright Light.

Almost all books of the writer have been bestselling. In 2013, Danielle was awarded the French Legion of Honor, one of the most prestigious awards in the country.

Family Ties, Journey, Impossible, and Irresistible Forces are the most popular novels. People also like Magic about wonderful coincidences and dreams that come true in the least expected ways.

Many of Danielle’s books have been adapted to the screen. In 1983, the premiere of Now and Forever with Cheryl Ladd and Robert Coleby took place. In 1993, Michael Miller created the movie Star; Jennie Garth, Craig Bierko, and Penny Fuller participated there.

Danielle Steel’s personal life has been just as bright as her characters’. The writer married for the first time when she was a student; the banker Claude-Eric Lazard became her first husband in 1965. Three years later, the daughter Beatrix was born. The couple spent nine years together until their feelings faded away.

The second marriage to Danny Zugelder was short-term.

Later on, William Toth was Danielle’s partner. Their relationship was difficult: the man was taking a rehabilitation course to get rid of his drug dependence. Although the son Nick was born in this union, the couple divorced soon. Toth insisted the child should stay with him, and the writer had to sue him to keep her custody rights.

In 1981, the woman married the writer John Traina. It was a happy union with five kids: the son Max and the daughters Zara, Samantha, Vanessa, and Victoria. Besides, the couple brought up John’s sons from his first marriage, Trevor and Tod. In his turn, Traina became a good father for little Nick.

The peaceful days seemed to be endless. Danielle spent a lot of time with the children and found a couple of hours to write new novels at night; she was incredibly happy and could hardly expect a tragedy.

In 1993, some journalist published the novel and described how Nick had been adopted by Danielle’s new husband, John. The woman went to court and insisted the secrecy of adoption should be kept. However, the judge considered the writer to be a public figure: the adoption secrecy law was not applied to her. Many copies of the book were spread, and Steel’s life became a nightmare.

By that moment, Nick was a 16-year-old popular singer; he promised to be a success soon. The news that John Traina was not his biological father shocked him: the young man became a closed person and refused to talk to his parents.

This trauma probably made Nick follow the dark path: he got used to drugs and committed suicide in 1997. In a while, Danielle Steel created a charity fund named after Nick Traina to help people with mental disorders.

These events had a negative effect on the woman’s relationship with her husband; the ideal marriage ended. Right after the divorce, Steel married the financier Thomas Perkins, but they broke up eventually.

Today, Danielle Steel continues to do what she loves: she presents several novels annually.

2018 brought six new books; 2019 has been marked with Lost and Found, Blessing in Disguise, Silent Night, and Turning Point. Fans are looking forward to new novels, such as Spy, Child’s Play, and Dark Side. Besides, the woman owns an art gallery and even produces her personal perfume.