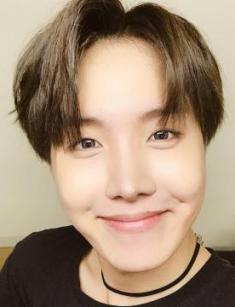 J-Hope is the stage name of Jung Ho-seok, a member of one of the most popular boy bands from South Korea, BTS. He could not have joined the famous boy band because the producers did not choose him at the audition. Only the second attempt was successful for him. He is not only a beautiful dancer but also a great rapper. Before the BTS success, J-Hope had taken part and won various contests.

Jung Ho-seok was born on February 18, 1994, in Gwangju. He has an elder sister, Da Won, with whom he is still friends. She is four years older and always supports her younger brother. As is usually the case, in childhood, the children quarreled, especially when the parents compared their progress in studies. The sister has always won because J-Hope was more interested in creativity.

Since childhood, he has danced professionally. There were difficulties in the family due to the hobbies of the son. The father did not support his choice, and on the contrary, the mother tried to earn more, even left the country to fulfill the child’s dream.

Before participation in the band BTS, J-Hope had been a member of the dance team Neuron. He took part in local dance battles where his abilities and talents were noticed. In 2008 he won the national dance competition. Riding the wave of success, the young man decided to take part in the auditions of the entertainment company, Big Hit Entertainment. But Jung Ho-seok was rejected after several stages.

The musician was not in despair and decided to take part in auditions for the second time. In addition to dancing, Ho-seok had a good signing and rap skills. This time, his talent and sense of rhythm helped him to audition as an idol trainee of Big Hit Entertainment.

When the producers started the Bangtan Boys (BTS), they did not want Jung to be a member of the band. Kim Nam-joon (Rap Monster), who had already joined the new group and became its leader, convinced the management that the band could not exist without a dancer and rapper such as J-Hope. The talented man became the third member of the popular music group after RM (Kim Nam-joon) and Suga (Min Yoon-gi).

In 2012, a year before the official debut of BTS, Jung Ho-seok participated in the recording of Jo Kwon's (the group 2AM) song "Animal."

In 2013, Jung Ho-seok made his debut as a member of BTS with the song “No More Dream” from the album 2 Cool 4 Skool. The singer took the stage name J-Hope. The fans of the boy band call him BTS hope.

According to the performer, after the debut, the guys began to practice dancing more. Jung Ho-seok, Park Ji-min, and Jeon Jung-kook even danced at night.

“At first we learned the basics, then came to the details. Dancing, as well as rap, has freestyle, so sometimes we joined the circle and danced,” J-Hope recalls.

The singer has written songs for each BTS album. In 2018, the artist’s career had a new stage. In March, J-Hope released his solo mixtape Hope World with the single “Daydream.” The same month, fans could appreciate Jung Ho-seok’s work in the music video for the song “Airplane.”

“Hope World” debuted at number 63 and peaked at number 38 on the Billboard 200. These results make him the highest-charting South Korean solo act on the chart up to that point.

On the Billboard World Digital Chart, Jung Ho-seok’s songs “Daydream,” “Hope World” and “Hangsang” debuted at number 3, 16, and 24 respectively. A week later, the tracks improved positions on the chart, grew to first, sixth, and 11th. The song “Airplane” also hit the chart and peaked at number 5.

J-Hope's singles hit the Emerging Artists Chart and Billboard Artist 100 charts. The singer has become the second South Korean soloist after PSY, who placed high on the prestigious world charts.

At the end of 2018, Jung Ho-seok and his BTS colleagues were awarded the fifth-class Hwagwan Order of Cultural Merit by the President of South Korea for their brilliant results.

Under the contract, the BTS members are forbidden to build relationships, start families, and have wives and children.

It is known that the singer had a love affair in 2013 when BTS took the first steps towards world fame. His former girlfriend is unknown. But everyone knows that it was hard for Jung Ho-seok to part from his beloved woman. The girlfriend left him for another guy, and J-Hope was very upset. To relieve stress, the singer used the same bus route every day, listening to the Korean hip-hop duo Dynamic Duo’s song "Solo."

J-Hope’s loneliness haunts the minds of his numerous fans, and he is constantly credited with love affairs with famous Korean young women. When the singer said that he liked the work of actress Lim Jeong-hee, the rumors about their relationship began to spread immediately. The same thing happened with another woman, Park Ji-yoon. But there was no confirmation of the relationship.

Jung Ho-seok admitted in an interview that he liked girls with long hair. His chosen one must cook well, support him, and show sincere love.

Fans consider J-Hope to be a real romantic. The celebrity wants the couple walks arm in arm on the beach on the first date. But now the young man’s heart is free, and he is lonely. Jung devotes all his time to career and music.

In his free time, the young man reads books. J-Hope gets along with people well, so he usually builds on ties in the band.

Jung Ho-seok is the only member of the band who doesn’t have his ears pierced. The star believes that the earrings are not a sign of courage.

The performer has no Instagram page. There is an official account of BTS, where the photographs of J-Hope bare posted.

Now the singer and other members of the band are preparing for a comeback in South Korea. Fans are looking forward to the release of the new album Map Of The Soul: Persona. In 2019, the musicians will go on the Love Yourself: Speak Yourself tour across the USA, Brazil, the UK, France, and Japan.