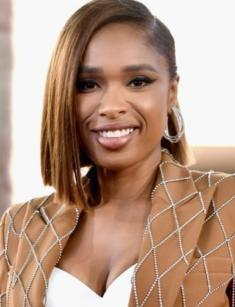 She is a talented singer as well as a skilled actress. For her long career, she achieved heights displaying extraordinary vocal talents as well as acting skills. She proved to be a person with a great heart, who participates in charitable organizations. Besides her musical career, the public loved her appearances as an actress. Jennifer launched her clothing line and wrote a book. Despite her fame and business, the singer managed to build the family and gave breath to a child. Since 2017 she is a single, independent woman as well as a demanded actress. She continues to appear on the screen in movies and releases new songs.

She was born into a big family. The singer has got two older siblings. The girl had a good education, graduated from high school, and enrolled at the university. However, she left college after the first semester, as she felt a deep homesick. Since childhood, she displayed a vivid vocal talent and sang in the church choir. She was raised as a baptist.

She proved to be a person with a talented nature both as an actress and singer. Her debut musical album brought her prestigious accolades as well as her works on a screen.

Since childhood, Jennifer got accustomed to performing and be in the spotlight. She sang in the church choir and took part in various local performances.

In 2003 the singer sang on a Disney cruise ship and then attended the auditions of the popular musical TV contest. She became the finalist of the show, however despite high recognition and the public’s love, she didn’t win.

Next year, she took part in the musical movie. This work became one of the best of Jennifer’s performances. For her contribution to the musical, the singer honored numerous accolades.

In 2014 the actress returned on the screen in the role of the music therapist in the drama series “Empire.” She also made a soundtrack to the TV series.

In December 2019, the singer performed on the finale of another season of the TV musical competition. She sang her version of the famous song “Memory.” American idols

Thanks to her appearance on the show, the singer formed her loyal fan base and gained significant exposure. In 2004 she attended the auditions and told that she sang on the cruise line. One of the judges, Randy Jackson, said that they expected something more than ship performance. As a result, she received the highest number of votes and became a contestant of the show. Jennifer came to the final was named one of the brightest and talented singers of the show’s history. However, she didn’t win the competition.

In 2005 Jennifer joined the cast of the movie. Her part of Elfie White was highly appreciated. Jennifer took the number of awards for her work.

In 2008 she engaged a pro wrestler. One year later, she gave birth to their son. In 2017 the couple split. Since separation from her first husband, the singer hasn’t been married yet.

In 2008 the singer attracted media attention after members of her family were killed in the shooting. The murder was Jeniffer’s brother-in-law, who had been sentenced three life sentences without the possibility of parole. That year she resumed all public appearances.

The singer was described as a friend of the former president, Barack Obama. Besides her work on screen and singing career, she also wrote the book and launched her clothing line.

In recent years the singer has gone down from a size 16 to a size 6. In the interview, Jennifer opened her secret. She said, “I don't have time to do much [working out], so I just watch what I eat," she said. "I'm very careful and cautious about what I'm eating, so I just try to pace those meals throughout the day.”

The singer is an instead demanded performer whose schedule is always full of concerts, performances, recordings of new music, and staring on screen. And her efforts are materially rewarding. Even though she has never revealed her salaries, it is known that her net worth is about $20 million.

Through her long and prolific career, the singer got the number of prestigious awards. She achieved all heights, which one only could imagine. All that makes her one of the most recognizable contemporary artists.