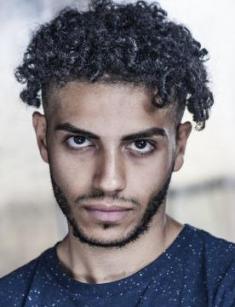 Before this smiling and charming actor starred in Guy Ritchie’s Aladdin, he had only one lead role: the main character’s friend in the popular American series Jack Ryan about the terrorist threat. However, it did not prevent him from being lucky in the auditions for the famous fairy tale.

Mena Massoud was born on September 17, 1991, in Cairo, Egypt. His parents, Coptic Orthodox Christians, moved to Canada when their son was three; they settled in the little town, Markham, Ontario. Mena had a sister, Margaret, and attended a Catholic middle school.

“I grew up in a culturally different household; my parents saw certain things differently than other people. I went to schools that had a significantly large Caucasian population, and I feel very fortunate because I was able to compare that perspective with my family’s. It allowed me to create a wider world view on things”, the artist told journalists.

After graduation, the young man enrolled at the University of Toronto to study neuroscience. However, when Mena got familiar with cinematography, he changed his priorities and became a student of Ryerson University’s Theatre School the next year. The parents supported their son’s career choice.

The young man debuted as an actor in 2011; it was a fruitful year for him. Massoud appeared in the American series Nikita based on the French movie by Luc Besson and its remakes. He had a small part in an episode of the first season.

Further on, the artist participated in the Canadian-American series Combat Hospital about European doctors who came to Afghanistan with a mission. Massoud personified a local in an episode. In 2011, the young man joined the cast of the comedy youth series The 99; he had three roles in 25 episodes.

In 2014, Mena played the legendary American boxer Muhammad Ali in the short movie Americanistan. The next year brought the long-awaited regular role in the popular series Open Heart.

The mystic drama portrays a teenage girl Dylan Blake who is serving her sentence in the Open Heart hospital for breaking in a car. On this occasion, she decides to reveal her family secret and how her father had disappeared. Mena personified Dylan’s friend, Jared Malik, a good young man notable for his ambitions and ironic worldview.

After several minor roles in short movies and an episode of Saving Hope, Massoud gained the first significant lead part in the series Jack Ryan based on Tom Clancy’s book under the same title.

Jack Ryan (John Krasinski) is a beginning CIA agent who discovers suspicious bank accounts and initiates an investigation that leads him to the core of a terrorist organization. Massoud played Jack’s colleague and friend, Tarek Kassar. He likes to get Ryan into trouble, yet he will support his partner in danger. The project showed the actor’s acting talent: people began to recognize him, and the artist got his first fans.

Massoud admits there are some limits related to his eastern type.

“I can’t compete for roles that require me to be Caucasian or African American, even if those characters really connect with me and intrigue me. The competition may be less, some people would say, but the amount of work to be had is less as well. However, I think the industry is growing more and more and starting to support actors of all cultural backgrounds”, Mena said in one of his interviews.

In 2017, the British director Guy Ritchie announced his new project, the Disney movie Aladdin. Everybody was curious about who was going to play the main characters, Aladdin and Princess Jasmine. The auditions began in March 2017; they were held all over the world, yet nobody was selected by the beginning of summer. It was not an easy task to find a 20-something man of the eastern type who could play, sing, and dance. The Indian Dev Patel and the Pakistani Riz Ahmed were named as possible candidates.

In July 2017, the Canadian Mena Massoud and the British Naomi Scott with her half-Indian origin (Power Rangers) were given the lead roles. Will Smith received another lead part, Genie. The filming began in September. According to Mena, he took his inspiration in the work of his favorite actor, Robin Williams.

Mena Massoud is not married and has no children; the media have no details of his personal life. The young man’s Instagram is full of bright pictures; there are women in some of them, yet no photo seems to be romantic.

The artist leads a healthy lifestyle and eats only natural products. Massoud used to be an Ontario Basketball Association member at school. The actor’s height is 5.68 feet (173 cm.).

Whenever Mena has spare time, he loves riding; he also likes animals and nature. The artist lives in two cities: Toronto and Los Angeles.

Apart from Aladdin, 2019 has brought the noir thriller Strange but True by Rowan Athale. Massoud had a secondary part of Chaz there.

Another project of the year, Run This Town, brought the collaboration with Nina Dobrev: the actors played the assistants of a significant political figure (Damian Lewis) who helped their boss avoid a scandal.