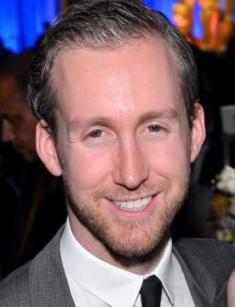 Adam Shulman is a person of many talents: he has tried himself as an actor, jeweler, and company leader. Besides, the man is actively engaged in charity work. With all that, the broad audience knows him as the husband of the actress Anne Hathaway, the star of The Devil Wears Prada, The Dark Knight Rises, and Les Misérables.

The celebrity’s husband is not so famous; there is little information about his early years.

Adam Banks Shulman was born on April 2, 1981, in New York. The boy was the long-awaited and only child in the family. His parents, Jacqueline and Mark, tried to provide their son with a splendid education. Adam graduated from three universities: he attended Brown University, NYU's Tisch School of Arts (where he took up short acting classes), and Eugene O'Neill Theatre.

The American actor’s filmography is not lengthy. The young man debuted in cinematography at the beginning of the new century: he received a small part in the series The West Wing. It is the story about the US President’s administration full of intrigues and conspiracy; the project was aired for seven years and starred John Spencer, Bradley Whitford, and NiCole Robinson.

Further on, the artist joined the cast of the comedy drama American Dreams and personified Paul O'Bannon there. The story is set in the 1960s and raises racial and feminist issues; the characters have to face teenage problems, and the soundtracks include dynamic rock’n’roll songs.

In 2007, Robert Berlinger presented his adventure comedy The Dukes of Hazzard: The Beginning with Randy Wayne, Jonathan Bennett, and April Scott. It is the funny picture about an old farmer who makes moonshine and confronts his old enemy, the judge of the small town. Adam personified a sheriff.

Another minor role came with the short movie The Gold Lunch (2008): Adam played a waiter. For the next seven years, the audience did not see the actor: he came back only in 2015 and appeared in Ricki and the Flash. The drama was notable for its cast: Meryl Streep played the main character, and Kevin Kline was her stage partner.

Adan Shulman is also a producer: he worked on the movie Song One (2014) starring his wife, Anne Hathaway.

Gradually, cinematography lost its significance to the actor: he began his business and co-founded the jewelry company James Banks Design in 2011. The idea to create stylish custom-made jewelry appeared when Shulman designed the wedding ring for Anne. Today, the company enjoys popularity; there are beautiful, luxurious items on its Instagram page.

James Banks Design products are expensive; only a few can allow them. Jewelers use old methods to create unique necklaces that cost about $5 000 and other pieces of art.

Adam met his future wife at a party of their mutual friends; he came with a girlfriend that night and did not speak to Ann much. Soon, the young people encountered each other: Shulman had broken up with his previous partner and started courting the actress.

The couple kept secret their relationship for two years and revealed it only in 2010, when they moved in together. Fans were surprised; some of them did not believe in Anne’s feelings. Shulman did not seem to be the right person for her: Hathaway was a successful and appealing woman while Adam was less attractive and impressive (the man’s height is 5.81 feet or 177 cm., and his weight is 187.4 lbs. or 85 kg.). Some people accused the actor of greed as if he chose the woman because she was rich. However, evil tongues had to go silent when Adam opened the jewelry company.

Late in the fall of 2011, Shulman proposed with a unique ring, and the woman said “yes”. The ceremony was held the next year in Big Sur, California; Natalie Portman, Reese Witherspoon, and Cameron Diaz were among the guests. Yifat Oren planned the wedding, and the bride was wearing a beautiful Valentino dress.

The spouses dreamed about children; their son Jonathan was born in spring 2016. Unlike many of their colleagues, the stars do not hide from journalists, and the paparazzi did not have to hunt the family for exclusive photos. Adam and Anne want a big family, and they will probably have more children soon.

Adam Shulman is known as a philanthropist: he donates much money. One day, he held a jewelry auction to support World of Children foundation.

Today, the news about Adam is rare; journalists usually mention him along with his famous wife.

2017 brought a scandal: Anne Hathaway’s personal photos (family moments with her husband, selfies, and even nude pictures) leaked to the Internet. The couple was not alone: other celebrities, including Kim Kardashian, Rihanna, and Jennifer Lawrence, were among the victims.