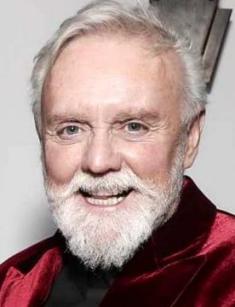 Roger Taylor is an English multi-instrumental musician, vocalist, and songwriter; he is also known as the drummer of the group Queen. Due to his unique manner of playing the drums and robust, high-pitched voice, the artist earned his fame soon after he had started his career.

In 2005, listeners of Planet Rock radio channel put Roger on the eighth position in the list of the greatest drummers. Today, the iconic musician remains popular and participates in various projects.

Roger Meddows Taylor was born on July 26, 1949, in King’s Lynn, Norfolk. The British queen, Elizabeth II, visited the maternity home where the boy was born; his mother was one of 16 women introduced to the queen.

When Roger turned seven, he formed a music group with his best friends; the boy played the ukulele. At 15, the young man became a full-fledged member of the semi-professional group Reaction and started touring across the country. Taylor was a guitarist and decided to try himself as a drummer. Keith Moon from the rock band The Who was the young talent’s inspiration, and Roger tried to make his sounding as vibrant as his icon’s.

In 1967, the drummer went to the capital of Great Britain to study dentistry at a local medical college. However, he lost interest quickly and transferred to the biological faculty at East London Polytechnic.

The next year, the student saw an advertisement at Imperial College: a beginning group wanted a drummer. Taylor responded and met the guitarist Brian May and the then vocalist and bassist Tim Staffell. Roger auditioned successfully and participated in the group for two years until the soloist left for another group.

The artists recorded nine songs, one of which was included in Queen’s album later. In 1992, Smile reunited to perform several songs for the show by Roger Taylor and The Cross.

In 1969, the musician worked at the Kensington Market store; Freddie Mercury was his colleague. They were almost neighbors, so their meeting was destined to happen. Freddie was a fan of Smile; when he learned the news about the band’s split-up, he offered May and Taylor to form another group and suggested the buoyant name “Queen”.

As a member of Queen, Roger Taylor continued to write songs; the composer’s contribution to all albums of the group was difficult to overestimate. Taylor created at least one song for each disc, and he also recorded independent vocal parts for his hits.

Besides, Roger and Freddie Mercury cocreated many tracks together; three of them topped British charts. “Innuendo”, “These are the Days of our Lives”, and “Under Pressure” are the most popular hits. More than that, Taylor is called the main author of the music bestseller “One Vision”, although all group members created it.

Apart from the drums, Taylor played the guitar, the bass guitar, and the keyboard. In the 1980s, he combined work for Queen and his own band, The Cross, where he was a frontman and a rhythm guitar player.

When Queen was working on the 1977 album News of the World and took a break, the musician presented his debuting song, “I Wanna Testify”. The first solo album, Fan in Space, followed in 1981. Roger performed and recorded all instrument parties, but the hard work did not bring much fame. Queen’s tour schedule was pretty busy at that period, and Roger had little time for promotion.

In 1984, Roger’s colleagues Freddie Mercury, Brian May, and John Deacon contributed to the album Strange Frontier. However, the same thing happened to the second disc: it was not much popular because Queen was giving a lot of concerts supporting their album The Works. As a result, Taylor had no chance to present his own material to the audience.

Two years later, Roger tried himself as a producer and collaborated with the group Magnum. He also founded the group The Cross that existed for six years and released three albums.

1994 was particularly successful for Taylor: he presented the most popular solo album Happiness. One of the tracks topped the British music chart. Further on, three new albums came out, and critics appreciated them greatly.

In 2013, Roger told journalists about the upcoming solo album and the reunion of Queen; the news about the group’s collaboration with Adam Lambert and a tour was also revealed. The next year, the man presented a collection of 18 hits: Roger Taylor: Best included the material from different periods, from the 1977 song “I Wanna Testify” to the tracks from Fun On Earth.

November 2014 brought the full collection of the drummer’s songs on 12 discs. Besides, one could find music videos and concert recordings on DVD, as well as an illustrated book about Taylor’s work.

At the same time, Roger announced the album Queen Forever with the group’s iconic songs including three tracks that had never come out before. One of them was the duet song of Freddie Mercury and Michael Jackson: the legendary singers recorded “There Must Be More to Life Than This” in the late 1980s.

Today, the artist gladly collaborates with other musicians: Elton John, Robert Plant, Gary Numan, Al Stewart, and others. Taylor Hawkins, the member of the rock band Foo Fighters, offered Roger to participate in their group’s show in fall 2018. The drummer agreed and performed “Under Pressure”, the 1982 duet song of Freddie Mercury and David Bowie.

The legendary musician’s personal life has been rich. The French music manager Dominique Beyrand was his partner in 1978-2010. They had two children: the son Felix Lither and the daughter Rory Eleanor and married for the sake of their kids.

At the same time, the musician lived with the model Debbie Leng; she never became his wife officially, though. They spent 13 years together and had three children: Rufus, Lola, and Lily.

The drummer is an active user of Instagram; fans can see photos and videos from concerts and posters there.

Nowadays, the iconic musician continues to please his fans with high-quality songs and live shows. Many artists take inspiration in his works.