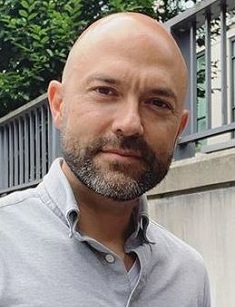 The Dayton native, Joshua Harris earned a rather controversial reputation in the literary and religious world. In 1997 he published a dissonant book I Kissed Dating Goodbye, which became the best seller, but apologized for its contents and ideas in 2019. Over the years he published another five books. Although he served as a local pastor for 11 years, in 2019, he stated that he was not a Christian. Joshua identifies himself as a wordsmith and storyteller who helps clarify then amplify messages that matter.

Also, the author was married in 1998 – 2019 and became the father of three children. According to several sources, he has an estimated net worth of $800,000, including all of his properties and earnings.

The birthplace of Joshua was Dayton, the sixth-largest city in the state of Ohio. He was born to his parents on December 30, 1974. He was the oldest child in the family. Apart from Joshua, there were six children. When he was eight years old, their family moved to Gresham. Joshua’s father was a supporter of home education; that’s why Joshua studied subsequently.

Harris began preaching at a young age and visited Southern Seminary. Joshua fell in love with writing while publishing a magazine for teenagers at the high school. At the age of 17, he started following his dad into public speaking. People enthusiastically received Joshua at his dad's conferences, and he began conducting his own events for homeschooled teens.

In 1997 Joshua moved to Maryland to begin local pastor’s career and to immerse himself in Covenant Life. He was 22 then. The same year he published his best known and best seller book I Kissed Dating Goodbye. The book focused on his disenchantment with the contemporary secular dating scene, and offered ideas for improvement, alternative dating/courting practices, and a view that singleness need not be a burden nor characterized by what Harris described as "selfishness".

Harris’ work was sold quickly. And he became an influential voice on sex and relationships. His book argued that God wanted people to be pure on their wedding day and that the restraint led to a happy marriage. In 2000-2004 he published three more books. In 2006, Joshua announced his first three books were published in Japanese. In November he went to Japan with his family. He held some conferences, answering the questions about his books.

He said that he had prayed for several years pleasing Jesus allow his books to be translated into Japanese, and pleasing allow him to one day preach the gospel in that nation. Harris had Japanese ancestry, as his mother was a second-generation Japanese American. The Christian church in Japan was weak, and Joshua hoped to change the situation.

Harris became a local pastor in 2004. In 2009 Harris appeared on the cover of the issue of Towers. In 2015 he left the post and moved to Vancouver, to enter the Regent College, a graduate school of theology. He studied a mind-expanding mixture of art, religion, history, culture, documentary film-making, and content marketing. As a result, he ran his own marketing and brand strategy company. The same year he started leading his blog on YouTube.

Harris renounced his support of I Kissed Dating Goodbye in 2018. He canceled the publishing of his book, which had sold over 1.2 million copies, writing that the ideas in his book weren’t just innocent; they often caused harm.

Harris and Shannon Boone tied the knot in 1998, a year after his breakthrough with his first book. Over the years, they welcomed three children, two daughters, and a son.

On July 18, 2019, Harris announced his divorce from his wife 20 years of living together via Instagram. Joshua wrote that he and Shannon were going to stay friends and to save a warm relationship. Also, Harris reported that the reason for their divorce were some significant changes, which had happened in both of them over the years.

The couple made a decision together. It was filled with sincere love between Joshua and Shannon. Remembering all the happy moments of their longtime story, the pair decided to move forward on individually that. The spouses became the best example of how people should leave after decades of a happy, love-filled life. They promised to create a generous and supportive future for each other and for their children.

Reactions to the news ranged from disbelief to anger to sympathy and prayers. Several days later, Harris posted a new message on Instagram, reflecting on people’s reaction to his broke up with Boon. He said that his heart was full of gratitude. Some of the messages, which people sent to him, were expressions of love though people were saddened or even strongly disapproved of the decision.

“The information that was left out of our announcement is that I have undergone a massive shift regarding my faith in Jesus. The popular phrase for this is “deconstruction,” the biblical phrase is “falling away.” By all the measurements that I have for defining a Christian, I am not a Christian. Many people tell me that there is a different way to practice faith and I want to remain open to this, but I’m not there now…”⁣

In the subsequent part of the post, Harris explained changes in his worldview and apologized for the paradigms and ideas that he had been preaching for many years. Also, he crossed out the contents of his book, explaining why he was wrong. That post caused a mixed reaction from the public.