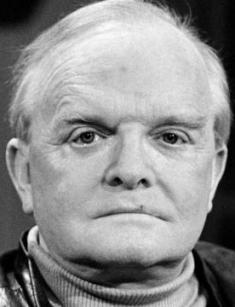 Writer Truman Capote became famous for the books Breakfast at Tiffany's and In Cold Blood. He is a classic of American literature of the twentieth century. The works of the author formed the basis of dozens of movie adaptations, the most famous of which is considered to be the Oscar-winning movie Breakfast at Tiffany's starring Audrey Hepburn. For many years, the writer was an integral part of the American social elite, he was considered a genius with the habits of an eccentric.

The future classic was born in 1924 in New Orleans, Louisiana, with the name Truman Streckfus Persons. His mother's name was Lillie Mae Faulk, and his father was Archulus Persons. The young people took their son's upbringing lightly enough, often leaving him in the care of his relatives.

The writer took the name Capote from his stepfather, a Cuban businessman, who appeared in the family when the boy was nine years old. Until that moment, due to the divorce of his parents, for some time, the child lived in Alabama with relatives and was left to himself. Truman taught himself to read and write at an early age.

In the southern Alabama town of Monroeville, the boy met Harper Lee, who lived next door. The children became inseparable friends and kept this connection for many years, although they were opposites: the sensitive Truman seemed soft compared to bold ringleader Harper.

The writers admitted that they had found prototypes for their works in each other. Thus, Capote inspired Lee to create the character of Dill in her famous novel To Kill a Mockingbird, and Harper served as the prototype of Isabel, the character of the Voices, Other Rooms. After marrying in 1933, the mother took her son and moved to New York with him. Since 1935, officially adopted, Truman had a surname, which later became famous.

Since childhood, the boy was able to tell fascinating stories, which earned him popularity in a private school in Manhattan, which he attended for three years. To make the child more courageous, in 1936, the parents sent him to the military academy, and the writer would remember that time forever, as a total disaster.

Truman Capote was finishing his school years in Connecticut, where the family moved in 1939. The guy treated classes lightly, paying attention only to the subjects he was interested in. Even then, he stood out from the crowd with his personality and formed a Bohemian youth crowd around him that gathered in the evenings to drink wine, dance or go partying in New York nightclubs. Truman did not receive higher education.

The young man got his first job during his senior year of high school. He managed to get a position in the famous literary magazine The New Yorker. And although the guy was engaged in copying newspaper clippings and sorting images, he had the opportunity to make friends in writing circles and the publishing business.

Capote began writing stories at an early age, and in 1936 he even took part in a literary competition organized by a newspaper in Mobile, Alabama. The skill of the young author was appreciated and awarded. At the time, the boy was always walking around with a notebook and a pencil, writing down stories. The man said that the desire to become a writer was born in him in childhood. After coming back from school, he devoted several hours a day to this craft.

While working for the New Yorker, Truman made several unsuccessful attempts to publish his stories in the magazine. The young man left the publication to focus on writing, giving it his full time and attention. To do this, Capote moved to the city of his childhood, where he began work on his debut novel Summer Crossing. The book was written in 1943, but the first publication took place only in 2005.

Strange people, who were close to the writer himself, often became the characters of Capote's works. The author made people talk about himself after the appearance of the story Miriam in the magazine Mademoiselle in 1945.

The story of an odd little girl attracted publishers, and Random House signed a contract for a large book with the author. This book was the novel Other Voices, Other Rooms, published in 1948. The work was a success, it lasted more than two months in the bestseller list, and the author became a popular figure, whom the reader overwhelmed with letters.

After a successful debut, Truman Capote continued to write short stories. In 1951, the second novel of the author, The Grass Harp, came out. The plot of the book revolves around restless people who are afraid of growing up, and they hide from the world on a large tree. In the 50s, Capote began to try himself as a playwright, collaborating with Hollywood. The main success of this period is considered to be the movie adaptation of the novella Breakfast at Tiffany's, directed by Blake Edwards in 1961. The story of New York party girl Holly Golightly brought the author world fame.

The pinnacle of success for Truman Capote became a documentary novel In Cold Blood, published in 1965. Truman Capote worked on the book for five years, traveling to the crime scenes and being intimately acquainted with the prototypes of the characters, including the murderers. The novel was published in parts in the New Yorker magazine and brought Capote critical acclaim and commercial success.

Capote's bibliography includes dozens of works, many of which formed the basis for movies and are now quoted by many people, including other prominent authors.

Truman Capote did not hide his sexual orientation and was openly gay. For this reason, the man had no wife and children. The main man in the personal life of Capote became writer Jack Dunphy, whom he met in 1948.

The men were not similar to each other and led a different lifestyle: Capote was refined and gentle; Jack was masculine and brutal. Dunphy, who had a failed marriage to a woman, preferred a secluded lifestyle, and Truman sparkled and gushed at parties, without which he could not imagine his life. Despite the differences, the men were together for 35 years and broke up because of Jack, who was tired of putting up with his partner's addiction to alcohol and drugs.

After parting with Dunphy, Capote plunged into depression, which he tried to cope with by having frequent fleeting affairs, but they did not bring him comfort. The man was a part of the social elite, communicating with the stars of show business, wealthy entrepreneurs, and Bohemian people.

The writer was the confidant and favorite of women of high society, who found an attentive interlocutor with a sensitive soul in him. The friendship with Marilyn Monroe and Elizabeth Taylor, Jacqueline Kennedy, and Babe Paley was part of Truman Capote's biography. Among the rich, beautiful women, it was considered fashionable to communicate with Truman Capote, as evidenced by numerous photos of the novelist with celebrities.

During his last years, Truman Capote almost did not engage in literary activities. Probably, one can talk about the creative crisis that came in the last decade of the writer's life. Over the years, the problems associated with drugs and alcohol escalated. Attempts at treatment in rehabilitation centers ended in failures. Besides, the man developed a persecutory delusion.

In 1984, the writer's physical condition deteriorated, compounded by an overdose with which Capote was admitted to a Long Island hospital. To regain his health, Truman went to California to stay with longtime friend Joanne Carson. In her house in Los Angeles, on August 25, the writer died at the age of 60. The cause of death was liver disease complicated by drug intoxication.

After his death, the body of the novelist was cremated. Truman Capote's ashes were once stolen, and in 2016, the remains of the writer were sold at auction to an unknown person for $45, 000.