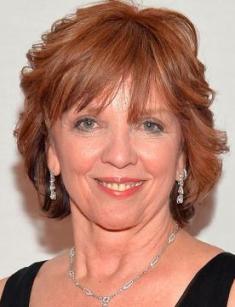 Every four minutes, one book by Nora Roberts is sold in the United States. The writer’s private office is full of prizes including the Golden Medallion Awards and RITA Awards.

Eleanor Marie Robertson was born on October 10, 1950, Silver Spring, the provincial town of Maryland. The girl’s father, Bernard E. Robertson, worked as a motion picture operator; he instilled the love of reading in his kids, Eleanor and her four elder brothers. Growing up among books, little Nora started creating stories and telling them early.

The parents, who had migrated from Ireland, monitored their children’s religious upbringing. The would-be writer went to a Catholic school with strict orders. However, the girl transferred to Blair High School later: it was closer to her house. This is where she met her future husband, Ronald.

Right after the graduation, Nora married; her parents did not welcome it, though. She took the new second name, Aufdem Brinke. The young woman was willing to help her husband and got hired as a secretary at a small law office. When the couple’s first child was born, Eleanor began to keep the house and knit clothes for sale.

Nora Roberts wrote her debuting book thanks to a snowstorm. In 1970, the mother of two boys was trapped in her own house: there was so much snow that it was impossible to go out.

The woman and her sons spent the whole week inside. Children were watching Sesame Street, and Nora sketched a love story. The housewife was inspired and created several new works within the next weeks. Although the writer had to face many rejections in three years, Silhouette published her first book, Irish Thoroughbred.

Fame came in 1985, when the writer took the maiden name as the pseudonym. The novel Playing the Odds was released at that period.

Diligent and disciplined, Nora created five or six books every year; each of them was immensely popular. In 1995, the creator of love stories surprised her fans by the unusual detective Naked in Death. It marked the beginning of the in Death book series.

Nora did not want to shock the audience who had already been used to her genre specialization and presented the detective as J.D. Robb. She combined the first letters of her children’s names and reduced her maiden name. The writer had done that before: Sarah Hardesty released the Concannon Sisters Trilogy, and Christin Salinger presented the five-book Night Series.

According to Nora, she likes to write trilogies most of all: she can spend more time with her favorite characters and portray their nature in detail.

Producers noticed the writer’s bestsellers; the first movie based on Nora’s book came out in 1989. The premiere of Magic Moments proved that Roberts’s stories looked excellent on the screen. By 2011, eleven novels were filmed; the author collaborated with screenwriters on scripts.

Nora’s first marriage came to its end in 1983, when critics started appreciating her books. The divorce was calm and peaceful; the sons, Dan and Jason, stayed with their mother.

The next year, the woman met the carpenter and book fan Bruce Wilder; he came to Nora’s house to make new bookshelves. The couple continued to communicate and married in 1985.

The newlyweds moved to Boonsboro and opened their own bookstore. While Bruce has taken the main responsibility for the business, the writer also devotes much time to it and spends about eight hours there every day. Eleanor has a private office at the back of the building where she can write new stories and do research for them.

At some moment, the spouses bought Boonе Hotel that had been closed before; the building was a historically valued object in the town. Following a long reconstruction, the hotel opened in 2009.

In May 2018, Nora’s new book, the detective Shelter in Place, was released. It is the story about three teenagers who survive a shooting in a trade center. Two other novels, Leverage in Death and Of Blood and Bone, were presented the same year.

The woman works eight hours a day on new plots; whenever she is free, she grows magnolias or spends time with her grandchildren.

In addition to the store and the hotel, Bruce has a new hobby, photography. The couple often organizes exhibitions and shows the hotel guests beautiful landscapes of Ireland where they like to rest.