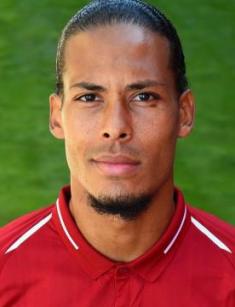 Virgil van Dijk is one of the highest-paid center-backs in the world. At the beginning of 2018, Liverpool paid about €85 million to make him the official member of the team.

The player number four earns more than € 800 000 every month. He is also the captain of his national team. However, before van Dijk reached such fame, he had to overcome many ordeals.

The future soccer star was born on July 8, 1991, in Breda, a small town in the Netherlands. The father, Ron, was a TV equipment installer; he left the family when his son was 12. The mother, Hellen Fo Sieeuw, came from Suriname. She worked as a military police officer and brought up three kids.

In one of his interviews, Virgil remembered that period. He stayed in touch with both parents at first but then preferred to come back to his mother and stop any contacts with the dad. It was hard and uncomfortable at first, but the young man realized he did not want his father’s support, even though Ron tried to reconnect later.

Interestingly, Virgil is the only member of the family who kept his father’s second name: his brother Jordan and sister Jennifer changed it to Fo Sieeuw. At the same time, the sportsman had only his first name on a T-shirt, no matter what club he was in. According to The Sun, van Dijk invited his father to the game when he was playing for Southampton, but he refused. Since that time, Virgil keeps in contact only with his mother.

With all that being said, the school coach Rick Klein claimed that the father’s contribution to his son’s success was substantial: Ron regularly drove the young man to a training site and picked him up from the café where 16-year-old Virgil worked as a pot washer to collect some money. He got about € 3 per hour at that time.

His boss, the restaurant owner Jacques Lips, remembered: “He was a good worker. He would scrub hard and do his job properly. He was always here on the two busiest nights of the week. <…> I would often tell him he should wash more pots and stop trying to become a professional player”.

Van Dijk’s relationship with soccer was not good at first: according to the athlete, he used to be a slow and short child. He debuted in Willem II in 2009 and tried himself as a right-back; Virgil was almost kicked out from the team after several unsuccessful matches.

Soon, van Dijk grew up and matured; he was offered the first professional contract with Groningen in 2011.

The beginning was favorable for van Dijk: the first match against Den Haag brought two goals, right-back assistance, and Dmitri Bulykin’s neutralization. Dušan Tadić and Andreas Granqvist brought it to the penalty, and the team reached the semi-final. The coach often put Virgil to attacking positions: his height and vigor were victorious.

The next year, in spring, the young athlete had abdominal pain, but medics only treated him with pills. They did not recognize the severe diseases: peritonitis, a burst appendix, and kidney disorder.

Doctors’ negligence led to urgent surgery; van Dijk got two broad scars on his torso. The athlete believed he could actually die there:

“I looked death in the eye – and it was a terrible experience. For the first time in my life, football meant nothing to me. It was not important at all. This was all about trying to stay alive. My mother and I were both praying to God and, to be honest, we were discussing various scenarios”.

At some point, the young man decided to make a will; nobody wanted to discuss this issue. If van Dijk died in a hospital, some part of his fortune would go to Hellen Fo Sieeuw. Fortunately, the athlete recovered soon.

When van Dijk transferred to Celtic, the coach of the Netherlands national team Guus Hiddink noticed him. The center-back was supposed to go to the training camp at the beginning of fall, but his girlfriend was going to give birth at that time.

The man did not want to miss either of the events and persuaded his wife to give birth early. Rick, who had left the fashion industry for her husband, agreed, but fans criticized van Dijk’s decision. Guus Hiddink canceled the man’s participation for educational purposes.

The second call happened in a year; by that moment, Danny Blind replaced Hiddink. The Netherlands defeated Kazakhstan with the score 2:1. However, Virgil’s performance in the qualifying match for UEFA Euro 2016 was poor, and the coach had another player step in at the 64th minute.

The athlete met his love, Rike Nooitgedagt, at school. They have a daughter, Nila.

Virgil van Dijk is a popular Instagram persona. He often shares professional pictures from a soccer fieled or social events. There are few photos where he is wearing casual clothes and has his hair loose.

In 2019, Virgil van Dijk is the captain of the Netherlands national team and the leader of Liverpool. The center-back of the Reds has scored five goals so far, including the one that brought the victory against Bayern in the UEFA Champions League. Van Dijk’s attacking experience proves to be beneficial.

The athlete dreams of receiving the Ballon d'Or one day, and he might get the prize: Virgil is one of the most skilled soccer players in the world.