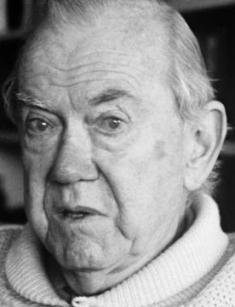 Outstanding British writer Graham Greene came to the vast literature from journalism. Hence the bright, realistic approach to creativity. The prose of Greene is dynamic, action-packed, relevant. No wonder the author has been considered a classic of English literature since he wrote his first famous novel, The Power and the Glory. Unconditional recognition of the work of the writer, along with the nomination for the Nobel prize, were numerous adaptations of his books, including Oscar nominees and laureates such as The Third Man, The End of the Affair and others.

Henry Graham Greene was born on October 2, 1904, in Berkhamsted, County Hertfordshire, UK. His father, Charles Henry Greene, was the headmaster of a privileged school. Graham's mother, Marion Raymond Greene, was a housewife, raising six children (Greene was the fourth kid).

Greene's parents were first cousins. Marion was also an older cousin of the famous author, Robert Louis Stevenson. Thus, the literary genre was in the boy's blood. As a child, he read the works of his uncle, as well as other adventure novels, including those written by H. Rider Haggard and Joseph Conrad.

Graham's relationship with his parents was complicated, and despite having many brothers and sisters, he always felt lonely, he wrote in his diaries about the "feeling of ice in the heart." The teenage boy did not get along with his peers either. Greene went to a school run by his father. This was the reason for exclusion from the boy's classmates. Moreover, there were even those who began to bully the student because of his melancholic nature and passions for poetry.

All this broke Graham, and he made suicide attempts more than once. A painful feeling of inner sadness would haunt the writer all his life, and to escape from it, he would embark on all sorts of adventures, travel half the world, which would allow him to accumulate brilliant material for literary creativity.

In 1922, the guy entered Balliol College, Oxford University, under the patronage of his father. There, he studied with prominent representatives of British literature Evelyn Waugh and Anthony Powell. As a student, he actively engaged in creative writing and publishing. His reviews, articles, poems, and stories were printed in Oxford editions.

In 1925, the future writer graduated from College, and in 1926, he moved to Nottingham, where he worked as an assistant editor in the Nottingham Journal. During this period, Greene converted to Catholicism. The writer explained this decision in the following words:

"I had to find a religion that correlated with my sins."

Soon the young man moved to London, started working as a part-time reporter, and then as a sub-editor of The Times. In this position, he worked until 1930, until his retirement from journalism. The reason for this was the success of Greene's first novel, The Man Within (1929).

The central character of the writer's work is Francis Andrews, a young smuggler who fights internal demons (hatred of his father, excessive self-digging). They force the young man to betray his friends, push him to murder his loved-one, and then, to kill himself. Andrews, as critics write, is the prototype of many of the author's characters.

In the early 30s, the writer published a detective novel Orient Express, which began a series of adaptations of Greene's books and in general his close acquaintance with the world of cinema. For many years (1932-1940) he collaborated with the Spectator journal and wrote more than 500 reviews on films. Before the end of the 30s, the writer traveled a lot. Having been to Liberia and Mexico, he expressed his impressions in the books Journey Without Maps (1936) and The Lawless Roads (1939).

Also, thanks to his stay in Mexico, his new novel The Power and The Glory was born and saw the light of day. The plot takes place in this Latin American country in the 20s of the XXth century. The main character – a Catholic priest, who at the time of severe persecution of his faith continues to persevere in the service of the Church, overcoming fear, loneliness, despair. Critics recognize this work as a classic of English literature.

During World War II, Greene served in British intelligence (his brothers and sisters were also recruited ), on duty visited West Africa and Portugal. During the war (1942) he wrote the book The Ministry of Fear – a spy novel, equipped with all the necessary special effects – chases, shooting, etc. In 1944, it was adapted to a movie under the same title.

In the postwar years, Graham Greene returned to the reporting profession – worked as a correspondent for the magazine the New Republic in Indochina. And again, the events experienced during the mission became the themes of his works. Thus, based on the events in South Vietnam in 1955-1956, the novel The Quiet American was created, in which the author criticizes US policy pursued in Vietnam. In the center of the plot is the fate of the three characters: a young American, a British journalist, and his Vietnamese girlfriend.

Until the end of the '50s, the author wrote two novels – Loser Takes All and Our Man in Havana. The latter continues the theme of espionage but acquires a new genre orientation – a parody novel.

In the 60-70s, Greene, as a correspondent traveled to many countries, he had been to hotspots more than once. The biography of the novelist is full of meetings and acquaintances with prominent people of that time – politicians, diplomats, writers, artists. During these years, his novels Travels with My Aunt, The Comedians, The Honorary Consul, and The Human Factor saw the light of day.

The bibliography of the writer kept being updated until the end of the 80-s Among the works of this period stand out Monsignor Quixote (1982) and The Captain and the Enemy (1988). High recognition of Greene's work during his lifetime was confirmed by honorary British awards: Britain's Order of Merit (1966), Distinguished Service Order (1986). However, the writer did not receive the Nobel Prize. The reason for it was his eccentric behavior and some aspects of his personal life.

In 1927, Graham Greene married Vivien Dayrell-Browning – the employee of the publishing house. The acquaintance of the couple was very unusual: the girl wrote to Greene, pointing to his factual mistake in one of the articles. They started writing each other regularly, and the journalist was so head over heels with Vivien, that he even threatened her with suicide in case she refused him.

However, having married the woman of his dreams, the writer did not become an exemplary family man, and he wasn't a good father either. In their marriage with Vivien, Greene had two children – a daughter Lucy Caroline (1933) and a son Francis (1936).

The writer cheated on his wife all his life; his affairs were built mainly with married foreign women. In 1938, he had a relationship with a theatrical wardrobe assistant, Dorothy Glover. In 1946 the writer was seriously fond of Catherine Walston, the wife of one of the richest men in England, Henry Walston, and mother of five children.

This love affair was the reason for the actual separation from Vivien (formally, they never divorced). The relationship with Catherine lasted almost ten years, and it was partly reflected in the books The Third Man and The End of the Affair (in 1999, it was adapted to a movie).

Since 1955, Greene's mistress was a Swedish actress Anita Björk, whose husband, the writer Stig Dagerman, committed suicide. This fact, according to sources, was one of the reasons that Greene was bypassed in the awarding of the Nobel prize.

At the end of life, a certain Yvonne Cloetta was near the writer; their relationship developed since 1966.

In 1990, the classic moved to Switzerland. In March 1991, the man was hospitalized in the city of Vevey because of the sharply deteriorated state of health. On April 3, the novelist died. The cause of death was a type of leukemia. The grave of the British writer is in Vevey at the local cemetery.