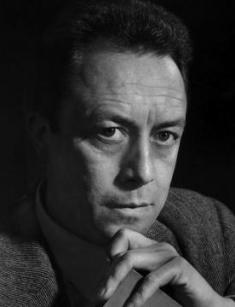 The French writer, essayist, and playwright Albert Camus represented the whole generation. His search for the meaning of life and true values made the philosopher one of the most prominent figures in the literary world and brought the 44-year-old man the Nobel Prize.

Albert Camus was born on November 7, 1913, in Mondovi, Algeria, that belonged to France at that moment. The boy’s father was killed during the First World War when his son was a year. The Spanish mother earned little and had to live in a deprivileged neighborhood of the city.

Camus’s childhood was impoverished and sunny; the life in Algeria made him feel like he was rich. Later, the man remembered that time: “I lived in destitution but also in a kind of sensual delight”. The Spanish traits of character he had inherited gave him self-respect in poverty and passion for truth.

Albert began to write early. When he grew up, he entered the University of Algiers and studied philosophy and its approach to the meaning and value of life, comparing Hellenism and Christianity. At 17, Camus came down with tuberculosis, so he could not pursue sports, military, and teaching careers. He changed many jobs before he became a journalist in 1938.

Betwixt and Between (1937) and Nuptials (1938) were the first publications; the latter collection of essays touched upon life and its perks, as well as meaningless. Camus’s style marked the break-up with a traditional bourgeoise novel: philosophical problems, rather than psychological analysis, were the central issue. The writer promoted the idea of absurd in his early works: absurd was the gap between a person’s rational urge to happiness and peace and the real world, irrational and complicated. The second layer of the journalist’s worldview followed: a person should both accept the absurd universe and rebel; it was the rebellion for the sake of traditional values, not political reasons.

In 1942, Albert’s first novel, The Stranger, came out; it raised the issue of a person’s negative side. The main character, the young clerk Meursault, is far from human emotions: he is a sleepwalker among the living. The story is set on a beach; the main character is unwillingly involved in a conflict and shoots an Arab.

The second half of the book pictures the court and death sentence; Meursault understands it just as well as the reason that had made him kill another person. The narrator is candid when he describes his feelings; his honesty makes him “the stranger” in the world and leads him to the conviction. The overall situation symbolizes the nonsense of life; the effect is multiplied by the intentionally flat, colorless language.

In 1941, Camus came back to Algeria and finished the next book, The Myth of Sisyphus; it was published the next year. This philosophical essay deals with the nature of the life meaningless: the mythic character, Sisyphus, has to take a heavy stone uphill to see it roll down right away. He is the symbol of humanity that reaches a sad victory by endless effort.

In 1942, the writer returned to France and joined the Resistance movement; he worked as an underground journalist until 1944, when he became the editor of the illegal Combat newspaper. Two plays were released at that moment: The Misunderstanding (1944) and Caligula (1945). Once again, the idea of life meaningless and death ultimacy united these works. Camus felt successful in drama.

The actress Maria Casarès played the main character in the former play. The collaboration with Camus evolved into a significant relationship that lasted for three years; they stayed on friendly terms until Albert’s death.

In 1947, the second novel, The Plague, was published. In comparison with the previous pieces of art, the writer focused on the good in people. The author described an imaginary plague in Oran, Algeria, and dwelled upon absurdness, meaningless and undeserved suffering, and death caused by the epidemy. The narrator, Dr. Rieux, explains the ideal of honesty: the person who remains strong, no matter how dire the situation is, and tries to fight the disease, even if it is useless.

Speaking metaphorically, the novel may be viewed as the German occupation in France. The Plague is one of the most popular books among readers and the symbol of the battle against evil and suffering, the primary moral issues of humanity.

Further on, Camus presented the collection The Rebel (1951) consisting of three philosophical texts; one can hardly understand his existentialism without referring to the book. The author questions what freedom and truth are, and what a free-willed person’s existence really is. According to Camus, life is revolt: one must rise to live their real life.

On June 16, 1934, Albert Camus married Simone Hie who had been engaged to his friend, Max-Pol Fouchet. However, the couple’s happiness did not last long: they separated by July 1936 and divorced officially in September 1940.

On December 3, 1940, the writer married the pianist and math teacher Francine Faure; they had met in 1937. Although Albert loved his wife, he did not believe in the institute of marriage. They had two kids: the twin girls Jean and Catherine (born September 5, 1945).

In 1957, Camus received the Nobel Prize in Literature and started working on the fourth significant novel. He was going to become the director of a large theater in Paris.

Death found the man early: he died on January 4, 1960, in a car crash in Villeblevin. Camus was only 46 years old. There were theories that the Soviet Union plotted the accident, no evidence followed.

Two books came out post-mortem: A Happy Death (written in the late 1930s, published in 1971) and The First Man (1994) that the writer created for the moment of his death.

The tragedy for literature was painful; Camus could have written many sophisticated books. After his death, many directors were eager to adapt his novels to the screen. In 1997, the documentary Albert Camus: The Madness of Sincerity by James Kent was released.

“Each generation doubtless feels called upon to reform the world”.

“'I don’t want to be a genius – I have enough problems just trying to be a man”.

“Knowing we all gonna die makes life a joke”.

“Travel, which is like a greater and graver science, brings us back to ourselves”.