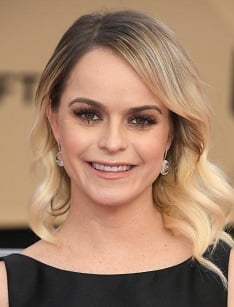 Taryn Gail Manning is an American actress and musician. She is mostly known for her roles of Tiffany Doggett in the series Orange Is the New Black and Nola in Hustle & Flow. Manning’s net worth is ‎$82 million, and People With Money put the actress on the first place among the top 10 highest-paid actresses in 2019.

Taryn Manning was born in Virginia in 1978. Her parents were Sharyn Louise and Bill Manning, a musician. When Taryn was just two months old, Sharyn and Bill divorced. After that, their little daughter lived in a trailer park with mother and brother. Their financial situation was rather tough. However, Sharyn could afford her child to take dance, acting, and karate classes. At the age of 12, Manning moved with the family to California. When she turned 14, her father Bill killed himself.

Taryn started working as an actress in the late 1990s. Firstly, she appeared in several episodes of some series like The Practice (1999), Popular (2000), and NYPD Blue (2001). In 1999, Manning starred in her first independent film Speedway Junky but a supporting role. Her serious debut role was Maddy in Crazy/Beautiful (2001). After that, she appeared as Mimi in Crossroads (2002) and Janeane, B-Rabbit's ex-girlfriend, in 8 Mile. By the way, in 8 Mile there was also Brittany Murphy, a Taryn’s colleague and friend who died at the age of 32 due to pneumonia.

Taryn's breakthrough happened in 2005 when she played a sweet prostitute with braids, Nola, in Hustle & Flow. For that part, she was nominated for Best Breakthrough Performance.

In 2013, Manning started playing Tiffany "Pennsatucky" Doggett in the series Orange Is the New Black. For that, the actress won four awards, including Screen Actors Guild Award for Outstanding Performance by an Ensemble in a Comedy Series. By the way, OITNB had a crossover with another Netflix series, Black Mirror.

In 2015, Taryn played the leading role of Michelle Knight in the Cleveland Abduction movie together with Raymond Cruz in the part of Ariel Castro. In 2019, the actress appeared several times in the reality show Worst Cooks in America as a contestant.

After leaving the DreamWorks Records, Manning’s band was looking for a new label for a while. In 2008, they released A Million Trillion Stars, a second album. In 2009, the band announced about their work on the third album but it still is not published. Also that year, Taryn participated in the creation of the indie band Dreamers' song Lonely World. She also appeared in their music video, The Dreamers.

In September 2012, Manning released her debut solo album titled Freedom City. Its first official single was Send Me Your Love released earlier, in August. In 2017, Taryn created the song, Gltchlfe which was supposed to be the main track for her upcoming EP which is still not ready.

Speaking about Manning’s love life, we can say that even her sexual orientation is unknown. She has been dating an actor, Clifton Collins for nine years, but their relationship did not end with marriage or kids. In 2013 – 2014, Taryn was in a relationship with an actress, Jeanine Heller. Now, you see why Manning’s orientation remains unclear. At present, she does not date anyone.

Manning had some legal issues. She was accused of attacking her personal assistant, Holli Hartman, twice, in 2012 and 2016. At the first time, Hartman refused to prosecute because she claimed that Taryn and Holli loved each other. However, after 2016, they stopped their communication.

By the way, besides having a brother, Manning is also a cousin for Peyton and Eli, both football quarterbacks. Her family, friends, and DJ-sets can be seen on her Instagram page, where she has more than 1 million followers.