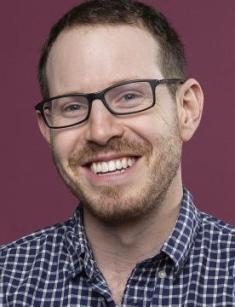 Young American moviemaker Ari Aster is best known for directing the scandalous short film The Strange Thing About the Johnsons and the 2018 feature film Hereditary. However, his credentials include other equally successful projects, appreciated by the jury of prestigious film festivals, and the novel “Sammy Barthowe At Your Service!”, which became a finalist for the Starcherone Prize for Innovative Fiction.

Ari Aster was born on July 15, 1986, in New York City in a Jewish family. His father and mother were creative people, so from childhood, the boy got used to good music, classic fairy tales, and beautiful poems.

Unlike the younger brother who was a quiet and calm child, Ari did not know how to keep his temper in check, and one day he was frightened by the shots and ran away from the cinema while watching the action movie Dick Tracy. Then he coped with his fears and became a fan of horror films. At the age of 10, the boy watched all movies from a local video store.

As a teenager, Aster began to dream of a career in the film industry and, after graduating from school, he entered the private, for-profit College of Santa Fe in Santa Fe, New Mexico, and then earned a Master of Fine Arts degree from the AFI Conservatory in Los Angeles.

Aster began his career in 2011 working as a scriptwriter. His debut work was a short horror film called TDF Really Works. While writing the short grotesque story of specific products from the TV shop, the young director showed talent and ingenuity, parodying scenes from popular American TV shows.

The next film Beau was released at the end of the same year. It was a thriller, and it seemed that Ari used a typical plot. However, the creator managed to surprise viewers with a terrible moment and the frightening appearance of actor Billy Mayo in the 6-minute film.

The last project of the early career of the talented American was the 30-minute short film The Strange Thing About the Johnsons, in which the screenwriter began working with cameraman Pawel Pogorzelski. This cooperation has become a new phenomenon in Hollywood culture, combining terrible, grotesque, sad, and ridiculous things.

In 2013, Aster and his partner released the silent short film Munchausen, in which the good Disney story turned into horror and nightmare. Then he directed a movie for the first time and starred Rachel Brosnahan in the 15-minute short film Basically.

In 2016, after the premiere of the short movie The Turtle's Head with Richard Riehle in the lead role, Ari finally set up the creative principles and used the voice of a homeless killer to express them in the short film C'est la vie.

For the following two years, the director, who made a successful short film debut, decided to shoot a full-length project and his film Hereditary premiere in 2018. The thriller which boasted the brilliant acting of Toni Collette, Gabriel Byrne, Alex Wolff, and Milly Shapiro premiered at the Sundance Film Festival and was acclaimed by the professional jury.

It was compared to the acclaimed horror movie The Exorcist, and other old-school films such as the mystical thriller Don't Look Now. However, the movie undoubtedly had a unique style and already made it into the history of horror films.

The genre of Ari’s short and full-length films makes Aster keep his personal life a mystery, so there is no information about it on the Internet. But judging by the photos that occasionally appear on the official websites and Instagram, it seems that Ari has neither a wife nor children.

In the summer of 2019, Aster's new film Midsommar had a pre-release screening at the Alamo Drafthouse Cinema in New York City, and now the director is happy to tell about it in an interview.

He points out that the plot of the new film is different from Hereditary. The director says that he pursued other goals, and his drama about separating was shot in a gloomy and dark color. However, Ari does not reject horror elements, confirming that horror appears when the cozy atmosphere becomes scary.