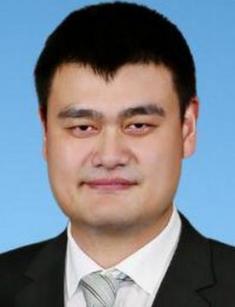 Chinese basketball player Yao Ming is recognized as one of the most famous Asian athletes of the beginning of the XXI century. He repeatedly participated in the NBA All-Star Games thanks to his achievements in the CBA championship and the leading NBA club, the Houston Rockets.

In 2016, he was elected into the Naismith Memorial Basketball Hall of Fame, alongside Shaquille O'Neal and Allen Iverson, and also became the chairman of the Chinese Basketball Association. The athlete, whose height is 7.51 ft. (229 cm) and the weight is 310.85 lbs. (141 kg), always attracted the attention of journalists, who used Yao Ming’s laughing face to create very popular memes on social media.

Yao Ming was born on September 12, 1980, in Shanghai. The boy was meant to connect his life with sports since his parents Yao Zhiyuan and Fang Fengdi were professional basketball players.

When the boy, who was twice as tall as his peers, was nine years old, he began training in the junior sports school and soon played for the Shanghai Sharks junior team.

Doctors who regularly examined young players said that he would grow to 7.25 ft. (221 сm), and they were not mistaken predicting him a brilliant basketball player career. To achieve his goal, young Ming trained for 10 hours a day, and at the age of 17, his physical fitness allowed him to join the senior team of the Chinese Basketball Association.

Yao showed good results in the debut season, but a broken foot kept him out for a while, and Shanghai Sharks lost the championship to the famous Bayi Rockets club. In 2002, Ming’s team won and for the first time in history became the CBA champion. Yao averaged 38.9 points and 20.2 rebounds a game and became one of the best athletes of the season and the only basketball player who wore the number 15 shirt.

The athlete’s agent insisted that Ming enter the NBA draft, but the final decision was postponed for a long time due to disagreements with the leadership of the Chinese association. They formed a group of advisers that came to be known as "Team Yao" for negotiations. It consisted of the Asian and American negotiators. As a result, in 2002, Ming entered the draft, held on June 26 at Madison Square Garden.

In the first round, the young athlete was chosen by the Houston Rockets, a member of the league's Western Conference Southwest Division, and it became a sensation in the western basketball world since Ming became the first international player ever to be selected first overall.

Yao missed the pre-season training camp, playing for China at the FIBA World Championship. So, he played his first NBA game against the Indiana Pacers. Shortly before the match, commentators had predicted the failure of the international player, who did not score a single point.

The athlete was under higher pressure in the game against the Miami Heat team, when the latter passed out 8,000 fortune cookies, following the Eastern tradition. Yao later said in an interview that he did not understand American humor since there was no such stereotype in China.

Besides, in January 2003, Shaquille O'Neal used racist comments on the Chinese basketball player and later admitted that he regretted how he treated Yao early in his career. Ming cut The NBA star down to size, defeating the American during the voting for the 2003 NBA All-Star Game. He was also voted the Sporting News Rookie of the Year and won the Laureus Newcomer of the Year award.

After that, the new Houston Rockets coach Jeff Van Gundy decided that Yao should better go to the boards with the center and power forward, and the team reached the playoff series for the first time. Although the club could not qualify for the final, Ming was voted to be the starting center for the Western Conference again, who defeated rivals in the 2004 NBA All-Star Game.

Having played in 244 games for three seasons, Yao had a long break due to health condition and surgery, done on the big toe of his left foot. Nevertheless, the basketball player had the most fan votes to start the 2006 NBA All-Star Game.

The athlete continued to get injuries that had a bad effect on his NBA game practice for a long time. In the spring of 2006, Yao suffered a fracture in the game against the Utah Jazz. It took him six months to recover. However, he soon got a severe injury in another game, trying to block a shot.

In 2008, the athlete required a surgery, which placed screws in his foot to strengthen the bone. As a result, Houston Rockets deprived Ming of salaries, and in 2011 he became a free agent. Then the basketball player announced his retirement from professional sports, and there was an explosion of comments on social media.

Reacting to Yao’s resignation, NBA commissioner David Stern said that the player with the 14 shoe size and an incredible arm span was one of the key figures of the National Basketball Association and a bridge between Chinese and American fans.

In 2012, the media that highly appreciated the athlete's achievements nominated Ming for the Naismith Basketball Hall of Fame, but modesty did not allow him to become part of professional history too early. Only after four years, the tallest Houston Rockets player was inducted into the Hall of Fame and received the well-deserved award along with Shaquille O'Neal and Allen Iverson.

At the age of 17, Yao met Chinese basketball player Ye Li, who accepted the young man after he gave her the team pins he purchased at the 2000 Summer Olympics. Soon, the lovers appeared together at the Olympic closing ceremony in Athens, and in 2007, Ye Li became the wife of the tallest NBA athlete.

Three years after the wedding, which was attended only by family members, the couple had a daughter, whose English name is Amy.

The athlete described some details and interesting facts of his personal life in an autobiographical book titled "Yao: A Life in Two Worlds" and the documentary film The Year of the Yao directed by Adam Del Deo.

These projects have increased the popularity of the basketball player and made him a hero of social media. Ming's photo, which turned into a famous meme, instantly leaked to the Internet and was subsequently used to create comics on Tumblr, MemeBase, and other resources. Now the laughing face of the athlete often appears on the pages devoted to politics and the 2019 Ukrainian elections.

Since 2017, Yao Ming has held the position of President of the Chinese Basketball Association.

Paying attention to the youth sports development in China, the athlete cares for underprivileged children and promotes the program of the interaction of the Chinses and American charitable organizations.

One more Ming’s activity is winemaking. Drinks made from different grape varieties have repeatedly taken pride of place at prestigious exhibitions in America and Europe.

Yao Ming’s net worth is estimated to be $120 million.