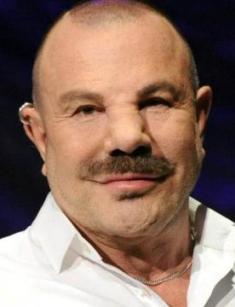 There is no doubt fashion lovers have heard about Thierry Mugler’s clothes lines. He is not only a popular designer but also a person of multiple talents who succeeded in directing and photography. Besides, Mugler has created unique perfume.

The would-be designer was born at the end of 1948 in Strasbourg, France. The parents noticed their son’s talents early: the boy loved to paint, and he was pretty good at it.

Painting was much more interesting to Thierry than school studies; the young talent attended classes in his home city and enrolled at a decorative art school as well. He also dreamed of becoming a great dancer, with his agility and artistry; the family supported all his hobbies. Nine-year-old Mugler attended his first classical ballet class and achieved a lot; at 14, he joined the Rhin Opera and performed there for six years.

Thierry took an interest in interior design when he studied painting. In 1969, he moved to Paris and got hired as a fashion stylist in a small boutique Gudule; the young man also designed clothes there. Soon, his works appeared in large fashion houses in Barcelona, London, Milan, and Paris.

The first professional collection Cafe de Paris came out in 1973. Although the unisex style predominated at that period, the designer based his project on the 1950s combined with urban motives, femininity, and pretty explicit sexuality. Later, this mixture became Mugler’s trademark; its echoes appeared in the following collections.

Young Thierry was an active and artistic person; all roads were open for him. Many influential figures noticed the designer; the famous fashion editor Melka Tréanton helped him develop his career. Soon, Mugler presented his collection at a large event in Tokyo.

Two years later, a new wave of success gave the courtier the opportunity to open his fashion house Thierry Mugler in Paris. In addition, Mugler presented the men’s clothing line L’homme Mugler that consisted of classic looks with bright, vibrant colors that made them modern. The whole world welcomed the designer.

Year by year, new collections appeared; they became popular among wealthy customers and proved to be a commercial success. Thierry used vinyl, lycra, leather, and jersey; his clothes were slim-fit with narrow shoulders, hard shapes, and numerous decorative elements. Each collection was thematic.

In 1992, Mugler presented Haute Couture created for Chambre Syndicale de la Couture Parisienne. The next year brought the famous black dress for the actress Demi Moore who was wearing it in Indecent Proposal.

In 1995, Thierry celebrated his brand’s 20th birthday by the grandiose fashion show in Winter Circus, Paris. Many stars visited the event.

Two years later, the business had to face financial ordeals; although the brand continued to exist for a while, Mugler decided to sell it due to substantial economic losses in 2001. The new owner, Jean-Luc Testu, could not improve the situation and closed the company in 2003. Two years later, Thomas Engelhart reopened it; however, only men’s collections were presented.

Rosemary Rodriguez replaced the man in 2008. The next leader, Nicola Formichetti, changed the brand name to “Mugler”; he continues to run the fashion house today.

When Thierry Mugler left the company, he moved to New York and began to work as a costume designer. He used to be Beyoncé’s personal stylist and also created looks for the Cirque du Soleil artists.

Thierry did not limit himself to the fashion house and devoted much time to other projects. As a photographer, he presented a book with the pictures about his passion – traveling – in 1988. The second book contained photos of his clothes, including the items for celebrities and friends.

Mugler the freelancer regularly presented costumes for opera and theater artists. The man used to collaborate with Robert Altman and directed George Michael’s music video “Too Funky” in 1992.

The same year, he created the first perfume Angel that brought much recognition. Mugler governed a perfume studio until 2013. The following perfumes, such as Alien, A’Men, and Aura, complemented the perfume line. In 2008, Mugler founded the high-quality cosmetics line Thierry Mugler Beauty. Later, one could see the designer’s fashion jewelry.

There have been many rumors about the designer’s personal life. Although he is known as gay, there is no information about his partners: Mugler avoids this topic in interviews.

Young and handsome, Thierry attracted everybody’s attention: he was always wearing fashionable clothes. Today, the photographer has not lost his charm and appeal: he likes bodybuilding and can coast an athletic body. His muscular torso and biceps are notable even when they are covered with clothes.

The designer is keeping up with the times and actively uses social networks. Fans can learn the latest news on his Instagram page. Thierry also shares pictures and short videos dated back to the 1980-1990s runways; each show was a piece of art. His models had various body shapes and made great plays with Mugler’s clothes.

Although Thierry has stopped designing new items, he is proud of what he had created. Many people love his works now; celebrities, like Kim Kardashian, often go out in his dresses.

Today, Mugler continues to work hard. 2018 brought the next item in the popular perfume line. Besides, Thierry is a director of a cabaret show in Paris and modern ballet in Berlin; he often creates artists’ costumes.

In March 2019, The Montreal Museum of Fine Arts held the Thierry Mugler: Couturissime exhibition. Visitors could see fantasy costumes and memorable dresses from Mugler’s collections, as well as the accessories for music videos, runways, movies, and theaters.

Thierry Mugler’s net worth remains unknown; it is estimated at $100 000-1 million.