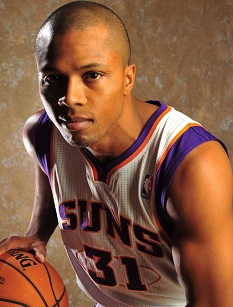 The player had played for lots of various teams before leaving his career in 2016 – that time accused of illegal gun possession. The breaking news has shocked millions of Telfair’s fans worldwide: in August 2019 he was sentenced to almost 4 year behind the bars. Do you want to know more details? Read them below!

Sebastian Telfair’s birthplace is Brooklyn – he was raised in the family of Otis and his wife, Erica. As for his parents’ occupations, his dad was a Marine while his mom worked as a teacher.

Sebastian found the passion of his life being a kid. As a school student, he was a member of its students’ basketball squad and showed the best stats amongst his teammates.

He was included in the list of most prominent players in 2005. Having completed his high school education, Telfair entered a college to study management. However, he dropped out of the educational establishment to focus on his sports career. In his future admissions, Telfair shared he made this decision while shooting in the district where he lived. So, that time Sebastian understood he wanted to be a professional sportsman and decided not to waste time doing things he didn’t want to do.

In 2004 Sebastian Telfair decided to take part in the draft and subsequently joined the Portland Trail Blazers alongside Stephon Marbury. In the first match of the season 2005, he registered 15 points, six rebounds, and four assists. In total, Telfair brought his new squad 7.0 points and 4.2 assists on average. The Blazers took part in 30 matches, losing 25 of them – really frustrating record.

As a result, the team’s management fired their coach replacing him with Nate McMillan. Sebastian started the season. In winter 2005 he injured his knee and was ruled out for a month. Having returned to playing, the sportsman led the Blazers to a victory over the Houston Rockets. Unfortunately, the team failed to advance to the playoffs again.

In June 2006 the player was transmitted to the Boston Celtics and began performing under No. 30 on his jersey. Squad’s authorities decided not to sign a contract extension with Telfair for the following season and traded him to the Minnesota Timberwolves in summer 2007. As a part of the team, Telfair played under No. 3.

The season 2007-2008 happened to be one of the most prosperous ones in his whole career. So, Telfair made, on average 10.2 points and 6.3 assists per match. In 6 consecutive games, the player made 41 assists and five turnovers.

In 2008 Sebastien concluded a deal extension with the Timberwolves. In sum, he appeared in 76 matches starting 42 of them that year.

Sebastian Telfair passed the season 2009-2010 performing for the Los Angeles Clippers. The following year, he began playing for the Cleveland Cavaliers. Later, he got back to the Minnesota Timberwolves.

In 2011 Telfair announced he had been traded to the Phoenix Suns. Initially, they signed a one-year deal, extending it for one season later. Telfair’s first match for the franchise was against the Los Angeles Lakers (Lebron James’ squad) – he helped the squad win with a 92-86 score. Having faced the San Antonio Spurs, the sportsman registered a high result of 22 points. However, the Suns were defeated with a 106-93 score. In May 2011, Sebastian made on average 11.3 points and 4.2 assists.

2013 was marked by Telfair’s signing a contract with the Toronto Raptors. Besides, he became an official free agent. Later, he also joined such teams as the Tianjin Ronggang, the Oklahoma City Thunder and the Xinjiang Flying Tigers.

In his life, Sebastian Telfair has been mixed up with various legal scandals. So, in October 2006 his expensive chain was snatched at a restaurant he had a meeting. The police failed to find a thief.

The following year, the sportsman and his close pal were blamed for felony possession of a gun. The story repeated in the summer of 2019. In August 2019 the player was sent to jail for three years. The news was on highlights of every sports media.

Sebastian Telfair had a wife named Samantha. The two are the parents of two children. She has filed for divorce and is currently struggling for taking up custody of their kids. Moreover, Samantha has accused her former husband of wasting their community property without her knowledge.

Their relationship broke in 2018 after a huge scandal. So, Sebastian came to her house and destroyed its door and windows.

According to the site ‘Basketball Reference’, Sebastian Telfair’s net worth is evaluated at $15 million. As for his salary, he earned more than $1 million per year. Besides, he got money for signing endorsements deals with various brands. So, he has partnered with Adidas.

Ian O'Connor, a writer, has published the book named The Jump about Telfair.

Jamel Thomas, a NBA player in past, is Telfair’s half-brother.