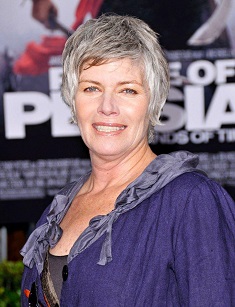 Kelly Ann McGillis is an American actress who is mostly known for her roles of Rachel Lapp in Reuben, Reuben, Charlotte Blackwood in Top Gun and Kathryn Murphy in The Accused. In 2019, she is planning to appear in Julie Loves to Gamble, and Annie Cook.

Kelly McGillis was born in California in 1957. Her parents were Virginia Joan and Dr. Donald Manson McGillis, a housewife and a doctor respectively.

At a young age, McGillis lived in Los Angeles, where she attended school and the Pacific Conservatory of the Performing Art. After that, she moved to New York and studied acting at the Juilliard School.

The year when McGillis graduated from the Juilliard School, in 1983, she made her debut in acting when she appeared in a supporting role in Reuben, Reuben. Kelly's next parts were very successful: she starred in the Witness (1985) together with Harrison Ford, and for that role, the actress got the Golden Globe and BAFTA award nominations. Next year, she played the role of Charlotte "Charlie" Blackwood in the Top Gun, where also starred Val Kilmer and Tom Cruise. This part gave Kelly a lot of recognition.

In 1989, McGillis starred in Cat Chaser, a movie that she hated and this a little put her away from pursuing an acting career. In the 1990s, Kelly played various roles in films before taking a break from acting for some time. Before this, she appeared in The Babe (1992), Winter People (1989), North (1994), and At First Sight (1999), where she co-starred with Val Kilmer again. In 2000, the actress appeared in The Monkey's Mask which became an international lesbian cult film. In six years, Kelly returned to the television and cinematography.

Speaking about Kelly's love life, she has been married twice. In 1979, she became Boyd Black's wife, they have met at the Juilliard School. In two years, the spouses got divorced. In 1989, McGillis married Fred Tillman, and the couple had two daughters before their divorce in 2002. In 2009, Kelly had a coming out as a lesbian. A year later, she entered into a civil union with her partner Melanie Leis. These two met in 2000: Leis worked as a bartender at the Bar in Key West which was owned by Kelly and her ex-husband, Fred Tillman. In 2011, the couple broke up.

By the way, the fact that Kelly came out only in 2009, does not mean that before that time, she had not been a lesbian. In 1982, after her first divorce, McGillis had a girlfriend. That year, some teenagers broke into their apartment and raped the girls. Kelly got a kind of mental disease after this case, and she thought that it could be a punishment for having a relationship with a person with the same sex.

When Kelly and Melanie lived in Collingswood, the actress worked at the rehabilitation center in New Jersey with people who got the diagnosis of alcoholism and drug addiction. McGillis was very helpful because she had this kind of experience – she was using drugs herself, and eventually, she got help. At present, McGillis is single and lives in Hendersonville, North Carolina. Today, she works as an acting teacher at The New York Studio for Stage and Screen NYS3.

In summer 2016, Kelly was assaulted by a woman who broke into her house. The actress has to apply for a carry gun permission to protect herself. Eventually, that woman, Laurence Marie Dorn, was charged with all the violations. If we look at Kelly's images at different times, we will see the difference between McGillis then and now. For now, she is an experienced woman who suffered a lot and, fortunately, found her way.