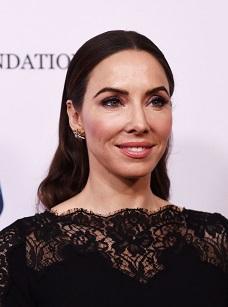 The native of Washington, Whitney Cummings is well known for her acting and production activities. Also, she is one of the most powerful women in lowbrow comedy and also one of the most disdained. Her most notable projects are 2 Broke Girls, Whitney and Roseanne. In July 2019, she came with her own Netflix stand-up comedy special, Can I Touch It?. This unabashed comedienne has made a pretty penny as an actress and producer.

And her net worth is estimated at $15 million, including all of her properties and earnings.

Whitney is from the capital of the US. She was born to her parents on September 4, 1982. Her mother worked in public relations for Neiman Marcus and Bloomingdale’s, while her father was a venture capitalist. They divorced when the girl was five years old. Whitney was the youngest child in the family. She had two siblings, a brother, and a sister. Their family held holiday dinners during which everyone communicated by mocking one another.

Cummings considered several high schools in the area before she was attracted to St. Andrew’s after her sophomore year. She liked that the students were smart, creative, and individuals there. She liked history very much because of her teacher, who encouraged students to engage in discussions with people who had opposing viewpoints. And seeing things from a different viewpoint is a hallmark of Whitney’s current shows.

The start of Whitney’s career happened in 2004 after she moved to LA. She worked at MTV as a supporting prankster on Punk’d, and appeared in her first movie EMR. The same year Whitney made her stand-up debut. It went well, but the three years after did not as she struggled to find her authentic comedy voice. And in 2007 she gained recognition in the world of comedy after Variety included her in the list of 10 most prospective comics.

Later, Whitney filmed in 7-10 Split, Grizzly Park and Made of Honor, the same time making small appearances on various TV series. In 2010 she came with her debut one-hour concert on Comedy Central. One year later, Cummings started her production career by creating CBS’s 2 Broke Girls and NBC’s Whitney. In 2012 she hosted 11 episodes of her own show on E!. After her sitcom Whitney got canceled in May 2013, Whitney returned to stand-up.

In June 2014 she issued her second special, called I Love You. In May 2017, 2 Broke Girls was canceled too, but the same year Whitney was a director of her comedy movie The Female Brain. In May 2019 Whitney joined short-lived E! show of Busy Philipps. The same month she signed on to star in, and executive produce the comedy pilot “Good People” in the works at Amazon.

The half-hour project centered on three generations of women working in the Ombudsman's office of a college navigate the current cultural climate, the concept of feminism across different generations, and the struggle to reconcile socially constructed ideas with current ethical views regarding complex issues such as sex, race, class, and gender.

The same time, Cummings hadn’t forgotten her stand-up roots. Her new Netflix special Can I Touch It? was released in late July 2019. Cummings announced the special on social media with a video made with what looked like a WiFi-powered front door security system. Her fourth comedy special followed in the footsteps of her HBO special I’m Your Girlfriend and her two previous Comedy Central specials.

A large portion of the comedian’s special was devoted to a discussion of sex robots, including one that she helped to create. About halfway through the special, she whipped out a very realistic-looking sex robot of herself. It was a slightly unnerving choice, but on The Last Laugh: A Daily Beast Podcast, Cummings revealed that the move was meant to shock viewers.

Answering the question about her comedic measuring sticks growing up, Cummings said that her first-ever was Paul Reiser. She found his book called Couplehood, which he wrote at the age of 89 or 90. Whitney was so fascinated by his attitude to things, which people take for granted every day – they get up, take a shower, get in the car. His sense of humor was so insane.

Then Cummings followed George Carlin and also Bill Cosby was important for her. She used to watch his show religiously because so much of that was based on his stand up. Later, Whitney found inspiration in Dave Attell, Lenny Bruce, and Bill Hicks.

Sometimes Whitney visits basketball games. In January 2017 she flashed the crowd during night's New York Knicks game against the Chicago Bulls. As the Madison Square Garden Jumbotron camera focused in on her sitting courtside, the woman pulled up her sweater and revealed her nude-colored bra to everyone in the arena.

The stunt appeared to leave most people in stitches. Cummings flashed her covered boobs as she sat low in her seat. Wearing skinny dark jeans and lace-up boots, she slumped backwards to make sure the camera got a good view. Even the crew seemed to enjoy the show.

In September 2018 Whitney announced on Instagram her engagement to Miles Skinner on her 36th birthday. As of 2019, Cummings is not married. Her fiancé worked as the executive creative director of special projects at VICE and had worked with several reputable brands like Nike, Adidas, and Rolls Royce.

Also, Cummings has never shied away from showing just how much she loves animals. But her Instagram post in July 2019 was just another level. She shared a montage of pictures of her holding all kinds of animals.

Whitney was known for making headlines for rescuing a pig from the Southern California wildfires and nursing him back to health by hand; putting a Malibu winery on blast over their treatment of their prized giraffe during the Woolsey Fire, and writing letters to stop the East Texas practice of "hog baying."

Cummings also has three dogs and a horse of her own and spends a lot of her Instagram real estate on promoting humane selfies, a.k.a. animal photos that don't include drugged predators like bears or tigers.