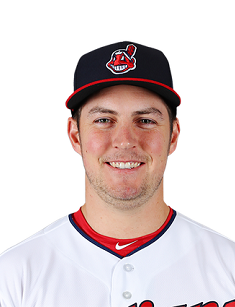 The North Hollywood native, Trevor Bauer started a baseball career in MLB in 2012, as a rookie of Arizona Diamondbacks. He was selected in 2011 as the best amateur player and the best pitcher of the year. Trevor was playing for Diamondbacks and Cleveland Indians. In 2019 he joined Cincinnati Reds. He plays at a pitcher position and was named to All-Star roster in 2018. Bauer is not married and has no children. He earns an annual $13 million, but his net worth is unknown. In 2018 pitcher donated close to $100,000 to various charities.

Trevor’s birthplace was the state of California. He was born on January 17, 1991. Bauer’s father, Warren, earned an engineering degree and became a scientist. He wanted to be a baseball player when he was a kid. Warren’s outlook on life had a great impact on the way Trevor thought about baseball.

Trevor started interested in baseball from an early age. When he decided to become a pitcher, his father plunged headlong into the science of pitching. They used improvised means to practice baseball. They threw coconuts, developing Trevor’s arm strength, put nails into a softball to add weight, and also tossed hollowed-out balls, with sand and fishing weights inside.

As a high school player, Bauer started attracting the attention of college scouts. His parents helped Trevor and believed that he could pitch at the highest levels. In the summer he moved to the Baseball Camp in Texas to improve his skills. His parents spent their vacation to travel with their son. In 2008 Bauer promised that he wouldn’t forget the sacrifices his parents had made for his passion.

Bauer spent his college baseball career in the UCLA as a member of Bruins. He could become their all-time leader in stats. Trevor scored 460 strikeouts in 34 wins with 373.1 innings pitched. He also owned the top two marks on UCLA's single-season records list, having logged 203 strikeouts in 2011 and 165 in 2010. He became the first Bruins’ player to win the annual award to the best amateur baseball player and became the best pitcher of 2011.

In a statement issued on the occasion of the award, Bauer said:

"Being mentioned with the past recipients of this award is an amazing honor and privilege. On a personal note, it's a validation of all the hard work, time, sweat, and tears that have gone into getting me to this point in my career. But I could never have accomplished this without the help of my teammates, coaches, friends, and parents who have been with me along the ride. I can't thank them enough, and I don't really know how to express the jubilation I'm experiencing right now."

Trevor appeared in professional baseball in 2011, when he became the 3rd number of 2011 MLB Draft. He was selected by Arizona Diamondbacks. His contract included a $3.4 million bonus, $4.45 million in guaranteed money and the potential for $7 million in earnings. However, Bauer started from minor leagues.

On June 28, 2012, Bauer made MLB debut. Almost two weeks later, he won the first MLB victory. Those achievements allowed Bauer to be named to the roster of the most prospective minor league players. But, ten days later, Diamondbacks sent Trevor to AAA league again. He couldn’t convince the coaching staff of his need.

Bauer’s trade to Cleveland Indians was not a surprise. He was a part of a multiplayer exchange between clubs. In 2013 – 2015 Bauer alternated AAA and MLB games. He was able to gain a foothold in Indians’ roster only in 2015. That season he went 11-12 with 4.55 ERA, and 176.0 innings pitched. Bauer improved his playing over the years and became the 2018 All-Star Game’s participant.

In Cleveland Bauer was known for his cocky relationships with Houston Astros' Alex Bregman. One day after Bauer tossed eight innings of one-run ball against Bregman and the Astros in April 2019, Trevor posted a video to his Twitter account. It began with Bauer asking the camera “Hey, little buddy, did I dominate you yesterday?”

The camera turned to Bregman’s bobblehead, which was given away to the first 10,000 fans that attended that game. The toy head nodded back and forth, seeming to agree with Bauer’s assessment.

In early July 2019, the MLB trade rumors connected Bauer to the New York Yankees, which intensified their hunt for pitching, as the trade deadline drew near. However, the Indians’ period of Bauer’s career ended in a bad way. On July 28, 2019, in a game against Kansas City Royals, after allowing a two-run single to Nicky Lopez that gave Royals a 7-5 lead in the fifth inning of Cleveland's 9-6 loss, an angry Bauer turned and heaved the baseball over the 410-foot mark on the centerfield wall.

Bauer's unexpected reaction came as manager Terry Francona emerged from the dugout to make a pitching change. Although Bauer allowed a career-high eight runs, seven earned, in 4 1/3 innings against Kansas City, MLB fined the 28-year-old pitcher. Two days later he was traded to Cincinnati as a part of a 3-team blockbuster deal between Cincinnati, San Diego, and Cleveland. At that moment Trevor was 1-2 with a 4.74 ERA in four starts since the All-Star Game. He had 36 strikeouts and 12 walks in 24 2/3 seasons during that span.

Instead of being left to mend his reputation in Cleveland, Bauer enjoyed a warm welcome with his new Reds teammates. When Bauer joined the Reds, he was leading the majors in innings pitched (156 2/3) and ranked fifth in strikeouts (185). The Reds were hopeful that Bauer could bolster a starting rotation that already ranked third in the National League in ERA.

As Bauer enjoyed a fresh start with the Cincinnati Reds, he was hoping to learn from his strange farewell to Cleveland which added to his reputation as a temperamental but talented right-hander. He made his first start for Cincinnati against the Braves on August 3. But it wasn’t the dream debut for Bauer in his first start wearing a Reds uniform.

His 27-pitch first inning was a good example. He surrendered a single, issued a walk, and hit a batter. Then he stranded the bases loaded on a strikeout with his slider. Bauer labored through 4 2/3 innings, allowing three runs. He didn't have a pitch that he could consistently throw for strikes. The Atlanta Braves fouled 26 pitches. There were no stress-free innings.

In summer 2020 Bauer would become a free agent.

In 2016 Trevor established a new standard for strange off-field ailments when he cut his righty pinky finger repairing a drone. On July 1, 2019, Trevor Bauer found out about the sad news. His close friend, Angels’ pitcher Tyler Skaggs, who had been a regular in its starting rotation since late 2016, died. Trevor mourned the sudden death of Tyler on Twitter and wrote:

“We came up together. We won together. We laughed and celebrated together. Today, we all lose and mourn together. Your memory, your love for life, everything that made you, you, will live forever in the hearts and minds of those who knew you. Rest In Peace, brother. We love you.”