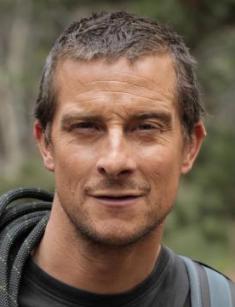 Bear Grylls is a famous adventurer and survival instructor who challenges nature and proves that a person can survive in any conditions. The man’s life has been the story of testing his will and persistence. Today, Edward Michael Grylls shares his knowledge on TV and writes books; he is also engaged in charity work and sets an example of a good father and husband.

Edward Grylls was born on June 7, 1974, in London, into the family of the conservative politician Michael Grylls. There were three kids in the family. Edward’s sister invented his nickname “Bear” to emphasize his strong will and tenacity.

When the boy turned four, the family moved to Bembridge on the Isle of Wight. The boy inherited his father’s love of traveling and active lifestyle. Michael and his son often went to the mountains or sailed. Besides, young Grylls took up karate and got a black belt when he was a teenager.

After graduation, the would-be TV presenter’s life went extreme: he joined the elite forces of the British Army and gained the fundamental skills of surviving in stress conditions. Grylls served in North Africa, The Himalayas, and West Bengal.

Military service became a difficult test for the young man’s character. In 1996, when Edward jumped with a parachute in Zambia, his canopy broke; Grylls had severe spine trauma. Recovery took 18 months. The incident left no change to continue the military career but opened the road to the new stage of life: extreme adventures and challenging oneself.

Grylls started dreaming of ascending Mount Everest when he was eight: the father gave him a picture of the mountain as a present. In 1998, when the adventurer just rehabilitated, he made the dream come true. Bear Grylls became the youngest British who climbed the Everest; his name got into Guinness World Records.

His event marked the beginning of exciting travels. In 2003, Grylls and his five friends crossed the Atlantic Ocean by an inflatable boat; the squall wind, icebergs, and stormy ocean did not prevent the team from reaching their goal.

The person capable of the impossible was destined to become the object of the public interest. The adventurer is often invited to television. In 2006, Discovery launched one of its most successful projects, Man vs. Wild; Grylls became its host and mastermind.

In each episode, the show participants landed in an unknown part of the planet and had to reach civilization. Bear gave lots of useful recommendations and showed on his own example how to find water and food, get sleeping accommodation, build a fire, and protect oneself in danger.

Other projects were also popular among the audience. The Island showed ordinary people who learned how to survive in an uninhabited island; Running Wild with Bear Grylls pictured celebrities doing the same thing. Both projects were aired until 2017.

In 2000, the adventurer married Shara Cannings Knight. The woman is absolutely okay with her husband’s extraordinary life and frequent travels to the most dangerous parts of the planet. She has always understood his urge to extreme activities and supported him, providing Grylls with a peaceful haven to come back to.

The couple has three sons: Jesse, Marmaduke, and Huckleberry. The youngest boy was born in the family’s floating house. Bear mentioned in his interview he could not be present at his son’s birth and regretted it bitterly. Perhaps, the separation from the family is the only disadvantage of his rich, saturated life.

Nowadays, the adventurer continues to work on new seasons of his TV projects; he often gives interviews and talks about his experiences.

Such a person could not but become a writer: he presented several books and described the countries and continents he had visited. One can also find valuable advice about surviving in critical situations. Grylls also created a series of children’s adventurous books. His texts are popular and often become bestsellers.

Grylls is also known for his motivational speeches: he inspires people to overcome obstacles at practical courses and social events. In 2009, the man was named Chief Scout of the United Kingdom and Overseas Territories.

The TV presenter has his own clothing line. Besides, Bear’s knife is available: it is an effective instrument for survival. He participates in several charity organizations and helps unprivileged young people in Great Britain.