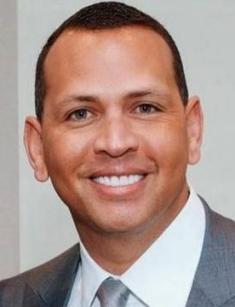 Alex Rodriguez is one of the most successful professional baseball players in the history of this sport. Fans nicknamed him "A-Rod." He attracted fans, becoming the youngest player who hit 500 home runs, breaking Jimmie Foxx's record, set in 1939.

The athlete's great achievement was the contract with the Yankees club. Having acquired a valuable player in 2004, the bosses offered him $ 275 million for a deal. The agreement with the team turned out to be the most expensive in the history of baseball.

The player's formal name is Alexander Emmanuel Rodriguez. The athlete was born on July 27, 1975, in New York City. His parents are of Dominican descent, and at the age of 4, little Alex visited the Dominican Republic. His parents left the country, moving to Miami. There Alex Rodriguez began his sports career. The boy was interested in sports and was a fan of several teams, but he paid particular attention to the New York Mets club.

Alexander graduated from Westminster Christian School and began playing baseball for the local team. Thanks to him, the school club participated in the national youth baseball championship.

The team won the championship, and Rodriguez was selected as the USA Baseball Junior Player of the Year. He was also regarded as the top prospect in 1993. The achievements of young Alex helped him to make a name and pursue a career. The player served and hit using his right hand and went to the field wearing number 13 T-shirt.

While Rodriguez played for the school club, big baseball bosses kept a close eye on him. Successful athletes do not have problems with entering a university, so Alex was admitted to the University of Miami. He gained a scholarship, but the player did not want to be bound by the obligation to play for the university team and refused financial support.

Alex Rodriguez decided to cooperate with the Seattle Mariners and remained a member of the club until 2000. He then received an invitation from the famous Texas Rangers. The deal brought the player a fortune of $252 million. So Rodriguez became one of the highest-paid athletes. Experts praised the player's potential. Besides, he had charisma, Dominican charm, and the love of fans.

Playing brilliantly for the Rangers, in 2003 Alex became the most valuable player in the American League, but it did not bring good luck to the team. For three years they finished last place in their division. Experts blamed the club management for Rodriguez's high salary because one player could not lead the team to victory and make it a champion.

During this period, Alex had strained relations with the media. After embarrassing comments in an interview, the baseball player faced a wave of anger among fans who blamed him for the Rangers' failures. His achievements during this period were forgotten. In the winter of 2004, the athlete was traded to the New York Yankees club. The ten-year contract was estimated at $275 million.

He switched positions to the third base. By the end of 2007, the player hit 54 home runs, and he refused to play in three final games, written into the contract.

At that time, the reputation of Rodriguez was under threat. The player admitted that he used steroids to maintain physical fitness from 2001 to 2003. Alex said that he had intense media pressure, family difficulties, and career problems. It did not prevent the athlete from remaining an in-demand player. In 2007, he hit 500 home runs, which made the 32-year-old athlete the youngest baseball player to achieve such results in the Major League.

In 2013, Alex was involved in the doping scandal and was forced to miss 211 games. The baseball player hampered the investigation and received a more serious penalty, while his colleagues were suspended for 50 games.

Alex Rodriguez's personal life attracts media attention, as well as his professional career. In 2002, he married Cynthia Scurtis. The marriage lasted until 2008. During this time, the wife gave birth to two daughters: Natasha and Ella.

After the divorce, Alex was a bachelor for a while. But soon he appeared together with a charming actress. In 2010, the baseball player was in a relationship with the Hollywood beautiful lady, Cameron Diaz. For one year, the couple enjoyed spending time together, but the relationship did not turn into a marriage.

Alex Rodriguez paid court to Madonna and Kate Hudson, but the athlete did not build a family with any of them. The turning point in Alex's life was a meeting with Jennifer Lopez in 2005. J.Lo's former husband, Marc Anthony, introduced the celebrities. The singer often took his wife to the baseball games, being a baseball fan and supporting Alex's team.

They continued their acquaintance in 2017. Alex accidentally met Jennifer when she was alone at a restaurant. They greeted each other, and Rodriguez asked the artist on a date that evening. The relations of the couple developed rapidly. The friends saw their mutual feelings. The singer introduced the new boyfriend to her mother and daughters. Moreover, they first celebrated Easter with their family. The celebrities' children quickly found common ground.

They first appeared together in May 2017. The couple made their red carpet appearance at the Met Gala, where Lopez was in the spotlight. It offended Rodriguez, but he understood who he was dating, and he was ready for difficulties. In the autumn of the same year, the couple attended a charity dinner, where they donated $1 million to fight cancer.

The important news for Jennifer and Alex's fans was the information that the former baseball player proposed to his lover. Lopez posted a photo on Instagram, confirming it.

In 2019, Alex Rodriguez remains a sports consultant and successful entrepreneur. He is preparing for a wedding with one of the most attractive women in the world.

Sometimes rumors about his betrayals appear on the Internet, which darken the man's happy life. The former colleagues of the baseball player fuel these speculations. However, Jennifer Lopez and Alex Rodriguez can resist pressure from the media and ill-wishers, and there is no information about disengagement.

Alex Rodriguez has an estimated net worth of $300 million.