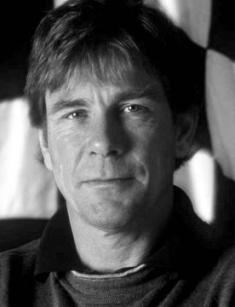 The racing driver James Hunt lived a full life and loved it. The Formula One driver did crazy things on the track and became the world champion; gorgeous women adored him. Fans remember him as the man full of buoyancy who could achieve his goal by all means.

James Simon Wallis Hunt was born on August 29, 1947, in a small town, Belmont, located in the south-east of the country. According to his siblings, the driver used to be a little rebel and often infuriated his parents, Wallis and Susan.

The would-be champion went to Westerleigh Preparatory School and spent summers on a farm in Pembrokeshire. This is where the thin teenager learned how to drive a huge tractor; James was so enthusiastic about it that he passed a driving exam, and his life “really began”.

Young Hunt was also fond of skiing and tennis. He often visited his game partner Chris Ridge’s house and met his elder brother, Simon. The young man loved speed and participated in races with his mini-car.

Thus, 18-year-old James Hunt and his new friend came to Silverstone. The future star was obsessed with professional racing and took any odd job to earn money for his own vehicle. He finally bought a Mini and kept repairing it to debut on Snetterton Circuit. However, Hunt was disqualified before the start: his car technical condition was unsatisfactory.

In the late 1960s, the young man participated in Formula Ford and drove the rental Russell-Alexis Mk 14. He stood out for his lap record at Brands Hatch and then won the Lydden Hill Race Circuit.

In 1972, Hunt debuted in Formula One as the Hesketh member; the team consisted of playboys who lived fast and enjoyed it to the fullest. Eccentric and handsome, James was a little too tall for a driver (6.07 feet or 185 cm.), but he was a perfect fit for the glamorous circle led by Lord Hesketh. The driver immediately earned the reputation of a womanizer; he was called Hunt the Shunt for his racing style.

Until 1974, the Hesketh team performed outside regular competitions; they debuted officially when Hesketh 308 was constructed. Harvey Postlethwaite constructed its chassis. Opponents did not take seriously the race car with a teddy bear badge rather than sponsors’ logos. However, when the new car won the Silverstone International Trophy and brought the bronze in Grands Prix in Switzerland, America, and Australia, everybody had to admit the vehicle was competitive.

1975 started with several accidents and collisions. However, the driver pulled himself together by the middle of the season, won the race in the Netherlands, and finished the championship with the fourth position in the rating.

Soon, Lord Hesketh left the racing world due to financial problems, and James could drop out of Formula One. There was little time, and Hunt was looking for new companions desperately. He got lucky: he replaced Emerson Fittipaldi in one of the leading teams, Marlboro Team McLaren. 1976 became one of the most exciting seasons in the history of Formula One, as well as the best year in Hunt’s career. Although his performance for Hesketh was successful, experts did not believe that James was capable of the champion title fight.

Despite the evil tongues, Hunt enjoyed six Grand Prix victories but eventually lost to the Australian athlete Niki Lauda driving Scuderia Ferrari. They became fierce rivals: both could win the championship. One can see the drivers’ story in the movie Rush (2013).

Their relationship was difficult. They drove dangerously, often collided during Grand Prix, and quarreled; however, they had no personal grudge against each other. They had an accident on the first lap in Great Britain. Later, the Australian dropped out of the contest; his injuries were almost fatal. Without his antagonist, Hunt quickly got points and became the leader.

It was raining hard in Japan; the main rival left the track due to low visibility while James ventured his life and finished third. Thus, his overall score made him the winner of Formula One.

In 1977, Hunt had technical problems and had to exit half of the tournaments: his McLaren brought him only three victories. Jody Scheckter, Mario Andretti, Carlos Reutemann, and Niki Lauda surpassed him.

1977 finished with the fifth position. Hunt started preparing for the new competitions; he counted on the aerodynamic renovation. Designers of McLaren did everything they could, but the downforce was still unsatisfactory. Winter tests demonstrated that the refined car would hardly win the next season.

In 1978, James kept losing control over the car: he fell out in nine out of 16 races. Besides, the man’s psychological condition was unfavorable: Ronnie Peterson died in an accident in Monza.

The former champion became number 13 and rejected his McLaren: in 1979, he drove Walter Wolf Racing. The new car was non-competitive, and Hunt lost any interest in the middle of the season. On June 8, 1979, the man announced he left Formula One. He became a commentator. Although Hunt tried to come back to racing the next year, he could not find a team with a reasonable contract.

Hunt met his first wife, Suzy Miller, in 1974 in Spain. However, the woman could not tolerate the driver’s explosive, changeable nature and left him for the actor Richard Burton.

As a Formula One star, James enjoyed much attention; many beauties were eager to spend time with him in luxurious hotels and restaurants.

When the former champion finished his career, he settled down. Hunt courted Sarah Lomax for a long time before they married on December 17, 1983. The wedding ceremony was held in Marlborough. The family life seemed to be perfect: the spouses lived in the country and had two children together. However, Hunt kept cheating on his wife, and the couple divorced.

Hunt spent the rest of his life with Helen Dyson, a waitress from Wimbledon. She was 18 years younger than the driver and kept secret her romance with him. According to James’s friends, the man changed a lot when he met the new love; he wanted to marry Helen and proposed to her on the phone the day before his death.

James Hunt died on June 15, 1993, in the morning. A sudden heart attack was the cause of death.

Only close people and relatives were present at James’s funeral. After the cremation, they gathered together in the house of Hunt’s father and honored the legend’s memory with a 1922 claret: the son had given it as a present for his father’s 60th birthday.

James Hunt’s net worth was $40 million by the time of his death.