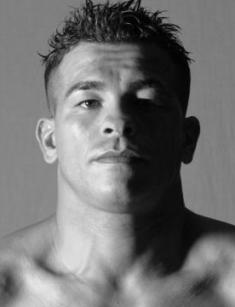 Ten years after the tragic death of professional boxer Arturo Gatti, his personal life and career still attract attention. The athlete, who defeated fighters such as Micky Ward and Terron Millett and was a member of the Canadian National Team at the 1992 Olympics, won Fight of the Year Awards several times, as well as the WBC and IBF world featherweight and welterweight championships.

Arturo Gatti was born on April 15, 1972, in a small Italian town near one of the oldest monasteries in the world.

The early life of the future champion was connected with the town of Cassino, and he studied at school in Canada, where he later gained citizenship and became a resident of the administrative center of Montreal.

As a child, Gatti was fond of martial arts and preferred boxing for some reason. At the age of 8, he participated in youth competitions. In 1990, having reached the required weight and height, he entered the ring at the Boxing Championship, following the trainers' advice.

However, the debutant with a height of 5.61 ft. (171 cm) and a weight of 132.27 lbs. (60 kg) was not lucky at the Youth World Boxing Championships in Peru. Although Arturo and Peruvian Gilberto Otero had similar results, Gatti lost the first significant fight.

The trainers did not pay attention to failure and included Arturo in the national boxing team, but a year before the Summer Olympic Games in Barcelona, he preferred a professional career and on June 10, 1991, won his debut match by TKO.

In the first matches in the rings of Philadelphia, Newark, and Secaucus, Arturo knocked out American Luis Melendez and defeated Richard De Jesus, Antonio Gonzalez and Francisco Aguiano. Then, he won the fight against the mature athlete Joe Lafontant by a unanimous decision and was defeated by an opponent named King Solomon.

In 1994, Gatti won the USBA super featherweight title and retained it twice in fights against Venezuelan Jose Sanabria and American Richard Salazar.

In the winter of 1995, the Canadian athlete challenged Tracy Harris Patterson, the son of Floyd Patterson, the outstanding heavyweight champion, and became the IBF World Champion, winning the match and scoring: 116–111, 115–112, 114–113. It allowed Arturo to take part in exhibition fights and HBO World Championship Boxing for several years.

In the late 1990s, being the unbeaten IBF Champion, Gatti relinquished the world title, going up in weight to the lightweight division. He lost to famous boxer Ivan Robinson, and by a technical knockout to Angel Manfredy. In 2000-2001, Gatti had a streak of luck, which included a controversial victory over Joey Gamache, but he was defeated by Oscar De La Hoya, the WBC and WBA champion.

Over the following two years, Arturo faced three times with professional boxer Micky Ward, Jr. from Massachusetts and these bouts were included in the video game Fight Night Round 3, and also became the best fights of the decade.

In 2004, Gatti won the vacant WBA world lightweight title and, after three defenses, lost to a younger fighter, Floyd Mayweather Jr., a representative of the outstanding Mayweather family, who won via technical knockout.

Arturo Gatti got married twice, but there is no information about the first wife and children in published sources.

But the second wife, Brazilian Amanda Rodriguez, became widely known after giving birth to a son, and the boxer was allegedly killed.

After Gatti announced his retirement, he spent most of his time with his young wife. It was she who, on July 11, 2009, discovered the boxer's tattooed body, lying on the floor with a rope around his neck in a hotel room. At that time, they were on holiday in Brazil.

Initially, the police accused Rodriguez of killing her husband, but she did not plead guilty. Then the authorities decided that the cause of the boxer's death was suicide, the proceedings were stopped, and the widow was released.

Two years after the funeral, the family, who did not believe that the 37-year-old athlete committed a suicide, requested the Canadian authorities to conduct an additional investigation. After exhuming the body and doing the second autopsy, experts found that the athlete had got a severe blow before he died.