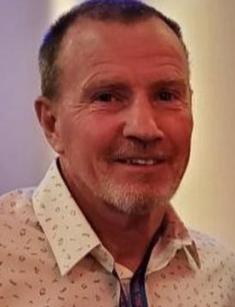 Professional American boxer Micky Ward is popular with sports fans. The man, whose trilogy with Arturo Gatti shocked the entire boxing world, built an incredible career. The fighter, also known as "Irish" Micky Ward, became the brightest representative of this sport in the 21st century. Although he has quitted boxing, his name will remain in his history for a long time.

Micky was born in the city of Lowell, Massachusetts, USA, in the spring of 1965. He grew up in a poor, dysfunctional area dominated by criminal groups; drugs and weapons were freely available there.

Micky Ward, Sr., the father of the boy, was repeatedly sent to prison for drugs trafficking, so he almost did not devote time to raising children. His older half-brother Dicky Eklund was an example for Ward; at that time, he was recognized as the most successful boxer in Massachusetts, having participated in 190 amateur fights. His manager was Micky's mother.

Ward started boxing at the age of 7 at the insistence of Eklund and almost immediately began to show excellent results. Soon he began to win the prestigious competitions, making it into the semifinals of New England Golden Gloves twice.

The young athlete made his professional debut in 1985. He saw the difference from amateur boxing already in the first fight. Meanwhile, Dicky completed his career and began training his brother. Micky won the first 14 bouts, showing stunning discipline and a powerful left hook to the liver.

But over time, the career of the successful boxer began to decline. Due to a long-term injury, Ward could no longer use his right hand in fights. Moreover, Eklund, who started to abuse drugs, did not support the boxer. Micky needed money for the operation.

He decided to quit the sport and found a job as a road worker, and later he worked as a sub warden in the local prison. Meanwhile, his brother was under investigation for the sale of drugs. However, it did not prevent the fighter from saving money for the long-awaited operation. But it took him a year to rehabilitate. Micky’s friend persuaded him to resume training, so he returned to the sport and after a year entered the ring again.

Nine consecutive victories made the return memorable; his opponents included such boxers as Alfonso Sanchez, Louis Veader, etc. And then he participated in the title fight with Vince Phillips, which he lost due to a severe cut.

It was followed by victories over Emanuel Augustus, Reggie Green, and Shea Neary. He fought with the latter for the champion title, which he finally won. He always performed in light welterweight division (up to 145.5 lbs. (66 kg)), and an average height of 5.67 ft. (173 cm) allowed the athlete to move around the ring quickly.

The famous battle, or rather, the first fight of the trilogy with Arturo Gatti took place in 2002. Micky defeated the enemy, winning a majority decision. Six months later, they faced the second bout which Ward lost, as well as in the third fight, held in 2003.

Their every meeting turned into a wild battle until the last second and was recognized as the fight of the year and the greatest trilogy in boxing history. The feature film The Fighter was released in 2010 and based on Micky’s career, featuring these spectacular fights. The battle with Gatti was the last in Ward's career when he earned about $ 3 million, which allowed the man to quit the sport and run business.

The personal life of the athlete is successful. The man met his future wife, Charlene Fleming, a former athlete when he was young.

In 2005, the lovers got married. They raised Micky's daughter from his first marriage, Kasie, because the girl stayed with her father after her parents divorced. There is no other information about children in Ward’s family.

When Ward left boxing, he did not forget about sports. Now the man owns a part of the boxing gym, where his brother Dicky (the man was released from prison and took a rehabilitation course) train fighters, and a hockey rink.

Ward tries to attend a lot of sporting events, but now he appears there as a former boxer, which he proves, posting photos on Instagram. So, in the summer of 2019, Micky attended the ceremony of the posthumous induction into the International Boxing Hall of Fame of his close friend and main rival in the ring, Arturo Gatti.