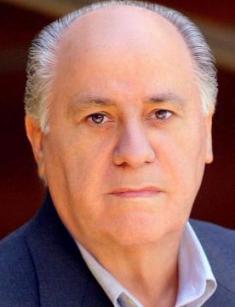 The businessman Amancio Ortega is a brilliant example of the person whose hard work and persistence brought him everything one could ever wish for. Today, the former president of Inditex is considered to be among the greatest entrepreneurs not only in his home country, Spain, but also internationally. However, before the founder of Zara got to the cover of Forbes, he had to overcome many difficulties.

Amancio Ortega Gaona was born on March 28, 1936, in Busdongo. The future businessman’s parents were hardly making two ends meet: the father was a railroad employee, and the mother worked as a housemaid.

When Ortega had to choose between receiving an education and supporting his family financially, he had no doubts and left a middle school. 13-year-old Amancio got hired as an errand boy at a clothes store and then began to work for another store, La Maja. It was an easier occupation: the young man’s brother and sister worked there as well. This place was fateful for the future entrepreneur: he learned the basics of the tailoring business and dressmaking and started dreaming of his own company. Besides, Ortega met his future wife, Rosalía Mera, there.

Soon after the young man moved to A Coruña, Galicia, he took up drapery, and the administration noticed his talented works. The employee was appointed the local designer’s apprentice. At the same time, nobody believed that Ortega would fly so high. The owner of the tailor’s shop told Amancio’s parents their son was unsociable and would not become a tailor, even though he spent days and nights at work. However, life took care of everything.

In 1960, 24-year-old Amancio became a clothing store manager and learned all the peculiarities of this job within a couple of years. He also collected a sum of money to make his dream come true.

Ortega realized that the expensive clothes market was too small and decided to change it. The beginning entrepreneur bought some cheap fabrics and created a limited collection based on his own sketches and templates. The result was impressive: Ortega’s clothes looked fascinating and could boast excellent handling characteristics while the costs were pretty lower. The designer invested the money to the business and opened a knitting factory soon.

Initially, the things were going well. Amancio and his wife were creating a lingerie and night garment collection; new items were being sewn in their living room. Only large outlet chains were distributing Amancio’s products.

The idyllic flow stopped in 1975. The couple made a batch of goods for a certain company and got rejected. Amancio and Rosalía had invested their own money to the clothes; they had nothing to do but to distribute it on their own.

Thus, the first Zara store opened in A Coruña. Gradually, the situation improved, and Ortega’s shop became an integral part of city malls. In 1985, Amancio founded his own corporation, Inditex, and the international level followed soon: Zara appeared in Portugal in 1988 and conquered New York the next year.

Before the millennium, the corporation’s success was increasing. In the 1990s, the chains Pull and Bear, Bershka, and Stradivarius came to existence. The incredible popularity did not make Ortega proud and idle: on the contrary, the man was motivated to work on new projects. In 2001, the lingerie brand Oysho was created.

The corporate strategy is simple, comprehensible, and effective: low prices, regularly changing looks, and being one step ahead of rivals. Besides, the entrepreneur decided to have wholesale and retail sales at the same time; one person was supposed to be responsible for these activities. As a result, the product costs remained affordable. Nowadays, business schools all over the globe teach Ortega’s model.

Rosalía Mera became Amancio’s first wife and business partner. The young people met when Ortega worked at La Maja. Although the couple went through the business formation stage together, they broke up in 1986.

Flora Pérez became the entrepreneur’s second wife in 2001. They continue to live together nowadays. Three children were born in this union: Sandra, Marcos, and Marta.

The wealthiest man in Spain has retired. Since Amancio has left the position of the director of Inditex, he has been enjoying his life and avoiding contacts with journalists. Ortega has enough money to buy skyscrapers, hotels, hippodromes, yachts, and planes.

Amancio is still involved in investment; he prefers banking and tourism, as well as gas industry and real estate property.

By July 2017, the businessman’s net worth was $83,3 billion; it increased up to $85 billion in August of the same year, which brought him to Forbes billionaire list. In 2019, Amancio Ortega’s net worth is estimated at $67.8 billion.