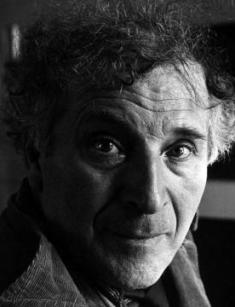 Marc Chagall along with avant-garde artists Otto Dix, Heinrich Ehmsen and Hans Richter was a painter, whose works frightened and repelled people. While creating paintings, he was guided solely by instinct: composition, proportion, and chiaroscuro were unknown to him.

It is challenging for a person with a sick imagination to perceive the creator's canvases visually. They do not fit into the concept of exemplary painting and are strikingly different from the classical works of Repin and Serov, who elevated the accuracy of the lines to the rank of absolute.

Moishe Zakharovich Shagal was born on July 6, 1887, in a Belarusian county near Vitebsk, within the part of Russian Empire separated by Catherine II for Jews. The head of the family Khatskl (Zachar) Shagal worked as a loader in the shop of a herring merchant. He was a quiet man, devout and hardworking. The artist's mother Feiga Ita was a woman of energy, friendly and enterprising. She managed the household, controlled her husband and children.

From the age of five, Moishe, like every Jewish boy, attended Heather (primary school), where he was taught prayers and the Law of God. At the age of 13, Chagall entered a four-year program in a college in Vitebsk. However, the study did not give him much pleasure: at the time, Marc was an unremarkable stuttering boy who, due to self-doubt, could not find a common language with his peers.

Provincial Vitebsk became the first friend, first love, and first teacher for the future artist. Young Moishe enthusiastically painted endless genre scenes that he watched daily from the windows of his house. It is worth noting that the parents had no high hopes when it came to the drawing skills of their son. His mother repeatedly put the sketches of Moishe instead of napkins on the dining room table, and his dad didn't want to hear about taking a course from an artist, famous at that time, Yehuda Pen.

The ideal for the Chagall family was a son-accountant or, at worst, a son-clerk in the house of a wealthy entrepreneur. Young Moishe for a couple of months begged his father for money for a school of drawing. When the head of the family got tired of tearful requests of his son, he threw the necessary amount of money in the open window. The future graphic artist had to collect rubles scattered on the dusty pavement under the eyes of laughing people.

It was difficult for Moishe to study: he was an aspiring painter but a lousy student. Subsequently, these two contradictory traits were noted by all people who tried to influence Chagall's art education. At the age of fifteen, he already considered himself an unsurpassed genius and therefore could hardly withstand the comments of teachers. According to Marc, only the great Rembrandt could be his mentor. Unfortunately, there were no artists of this level in the small town.

Having saved money, Chagall, without telling his parents, went to St. Petersburg. The capital of the Empire seemed to him a promised land. There was the only Russian Academy of arts, where Moishe was going to apply. The harsh truth of life made the necessary adjustments to the young man's pink dreams: he failed his first and last official exam. The doors of the prestigious educational institution did not open to the genius. Not accustomed to giving up, the guy entered the Drawing School of Imperial Society for the Encouragement of the Arts headed by Nicholas Roerich. There, he studied for two months.

In the summer of 1909, desperate to find his way in art Chagall returned to Vitebsk. The young man fell into depression. The paintings of this period reflect the deep melancholy of the unrecognized genius. He was often seen on the bridge over Vićba. It remains a mystery what this apathetic mood could have led to if it were not for Bella Rosenfeld. He met the love of his life, and she filled his heart with inspiration. Marc wanted to live and create again.

In the fall of 1909, he returned to St. Petersburg. The desire to find a mentor, equal to him in talent, was complemented with a new obsession: the young man decided to conquer the capital of the Russian Empire no matter what. Recommendation letters helped him to enter the prestigious art school of renowned philanthropist Zvantseva. The painter Léon Bakst led the artistic process of the school.

According to contemporaries of Moishe, Bakst took him without any complaints. Moreover, it is known that Léon paid for the training of the promising graphic artist. Bakst openly told Moishe that his talent would be destroyed in Russia. In May 1911, Chagall went to Paris on a scholarship received from Maxim Vinaver, where he continued his studies. In the French capital, he first began to sign his work with the name Marc.

Chagall began his artistic biography with the artwork The Dead Man. In 1909, the works My Fiancee With Black Gloves and Family were created under the influence of neo-primitivistic style. In August 1910 Marc left for Paris. The central works of the Paris period were I and The Village, To Russia Donkeys and Others, A Self-Portrait with Seven Fingers and Calvary. Then he also created the paintings The Pinch of Snuff, The Praying Jew, which brought Chagall to the cultural leadership of the reviving Jewish culture.

In June 1914 his first personal exhibition opened in Berlin, which included almost all the paintings and drawings created in Paris. In the summer of 1914, Marc returned to Vitebsk, where he was caught by the outbreak of the First World War. In 1914-1915 he created a series of drawings consisting of seventy works based on natural impressions (portraits, landscapes, genre scenes).

In the early summer of 1922, Chagall went to Berlin to learn about the fate of the works exhibited before the war. In Berlin, the artist learned new printing techniques – etching, dry needle, woodcut. In 1922, he engraved a series of prints designed to illustrate his autobiography My Life (a folder with engravings My Life was published in 1923). The book, translated into French, was published in Paris in 1931. To create a series of illustrations for Nikolai Gogol's novel Dead Souls, in 1923, Marc Chagall moved to Paris.

In 1927 there was a series of gouaches Le Cirque with its crazy images of clowns, harlequins, and acrobats, typical for Marc's works. By order of Reich Minister of Propaganda of Nazi Germany Paul Joseph Goebbels in 1933, the works of the master were publicly burned in Mannheim. The persecution of the Jews in Nazi Germany, an omen of impending disaster reflected in Chagall's works in apocalyptic tones. In the prewar and war years, one of the leading themes of his art was the crucifixion (White Crucifixion, Crucified Artist, Le Martyr, The Yellow Crucifixion).

The first wife of the outstanding artist was the daughter of a jeweler, Bella Rosenfeld. He later wrote: "For years, her love illuminated everything I've done." Six years after their first meeting, on July 25, 1915, they got married. With the woman who gave him his daughter Ida, Marc lived a long and happy life. However, Chagall's fate was to outlive his muse: Bella died of sepsis in an American hospital on September 2, 1944. Then, returning to the deserted house after the funeral, he put the portrait of Bella painted by him in Russia on an easel and asked Ida to throw away all the brushes and paints.

"The artistic mourning" lasted nine months. Only thanks to the attention and care of his daughter, he returned to life. In the summer of 1945, Ida hired a nurse, Virginia Haggard, to care for her father. An affair broke out between them, which gave Marc a son, David. In 1951, the young lady left Marc for the Belgian photographer Charles Leirens. She took her son and returned 18 works of the artist, presented to her at different times, keeping only two of his drawings.

Moishe wanted to kill himself again, and to distract her father from a painful doom, Ida introduced him to the owner of the London fashion salon Valentina Brodsky. Marc made his love with her official four months after they met each other. Later, the daughter of the creator regretted her desire to set them up many times. The stepmother did not allow children and grandchildren to see Marc, "inspired" him to draw decorative bouquets, because they "sold well," and recklessly spent the fees of the spouse. With this woman, the artist lived until his death, continuing, however, to paint Bella.

The eminent artist died on March 28, 1985 (he lived for 98 years). Marc Chagall is buried in the local cemetery of the commune of Saint-Paul-de-Vance.

Today, the work of Marc Chagall can be seen in galleries in France, USA, Germany, Russia, Belarus, Switzerland and Israel. In his homeland, people honor the great artist too: the house in Vitebsk, where the graphist lived for a long time, was turned into a museum of Chagall. To this day, the admirers of the painter's work can see the place where Chagall created his masterpieces.