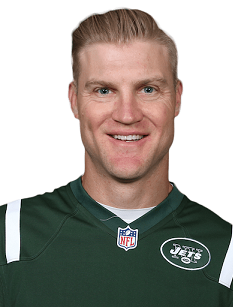 McCown is the record holder on changing squads he performs for. So, during his 17-year sports career, he has played for 12 franchises looking for the best one for him. Know the details of his biography through reading the article!

McCown’s birthplace is Texas. He passed his childhood on a ranch – his parents were farmers and owners of a grocery store. John was raised according to Christian canons.

Being a school student, he was keen on various kinds of sport – tennis, baseball, football, etc. His trainer once said McCown would become a legendary football player in the future. As a senior, the sportsman scored astonishing stats leading his squad to the playoffs.

Having entered a college, McCown joined its students’ football squad. In his first two years at the educational establishment, he made 4,120 yards and 30 touchdowns. He was used as a starter in 30 matches totally. As a freshman, he appeared in 10 fight and started 6 of them. In his sophomore year, the sportsman was set as a starter in 14 matches. McCown established several college records. Being a junior, Josh was a starter in 10 fights, made 2000 yards and ten touchdowns.

McCown transmitted to another college in his last year. That season he registered 3500 yards and 35 touchdowns. The year was closed with an 11-4 record. In his entire college sports career, McCown was the best player among his teammates in terms of stats – he led his franchise in quantity of touchdowns, yards, etc.

In 2002 McCown took part in the draft where his skills were noticed by the Arizona Cardinals. Having joined the franchise, the sportsman spent three seasons there.

His first professional matchup was against the New England Patriots (Julian Edelman’s team) – the fight happened to be completely unsuccessful for the Cardinals as they were defeated with a 48-0 score. In total, the player appeared only in 3 matches that year.

In 2003 the Cardinals also had a horrible match – fighting against the Seattle Seahawks, they were beaten with a 37-0 score. By the end of the season, McCown had started four games. Their last opposer was the team Minnesota Vikings. Performing against them, John registered 28 yards and a touchdown bringing his franchise 19-18 victory – it was their best game. In sum, the sportsman took part in 9 matches starting 4 of them. As for his stats, he made 1100 yards and six touchdowns.

In 2004 the Cardinals’ management hired a new trainer who set McCown as their starter for that season. So, he started the first ten matches. Team’s record was a 5-6 one. By the end of the 2004 season, he had appeared in 15 fights (and started 12 of them), made 2600 yards and 12 touchdowns.

Speaking about the season 2005 which happened to be the last one for McCown with the squad, then he took part in 34 matches (and started 25 of them) and registered 5500 yards.

Spring 2006 brought Josh McCown a three-year $7 million deal with the Detroit Lions. The player wanted to be a starter, but his new trainer didn’t think so. It disappointed the sportsman, and he decided to leave the franchise. Eventually, he was transmitted to the Oakland Raiders in 2007 where his skills were fully appreciated, and he became a starter. However, his tenure with the Raiders didn’t last long. In his only season with the squad, McCown scored 1200 yards and registered 12 touchdowns. He helped the team advance to a 5-13 record. In 2008 McCown officially claimed he had become a free agent.

The same year, he began performing for the Miami Dolphins. In 2009 he was transmitted to the Carolina Panthers to replace their injured sportsman. He became a free agent again the following year.

Besides, the year 2010 brought him a contract with the Hartford Colonials. Moreover, the other team - Chicago Bears – planned to purchase him, but the sportsman denied. In total, the sportsman appeared in 9 matches, scoring 1500 yards and 11 touchdowns supplying his squad with a 4-6 record.

2011 was marked by McCown’s trade to the San Francisco 49ers. The following year, he became a player of the Chicago Bears. In 2014 McCown began performing for the Tampa Bay Buccaneers. Having spent a season with the squad, he was transmitted to the Cleveland Browns and fought for the team until the year 2017 when he came to play for the New York Jets.

In 2019 McCown changed a team again – nowadays he is a member of the Philadelphia Eagles. Today the news about his decision to retire from football is on highlights of every sports media.

Josh McCown’s net worth is evaluated at $19 million. His salary is $2 million per year. As for the way the player spends his money, he donates a part of earnings to charity.

Apart from being an ordinary player, McCown has also worked as a coach. So, in 2010 he served as a trainer assistant for the Mavericks. The following year, he helped the Bears – it was their best season.

As for McCown’s private life, he has a wife named Natalie. The two are parents of 4 kids. The family currently resides in Houston. Earlier they lived in Charlotte, N.C.