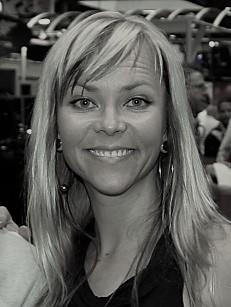 The brave woman, talented engineer, and artist is a unique example of how women can realize herself if they set free from stereotypes. She had a successful career as an engineer and TV personality and full recognition.

Since her early ages, the girl had the only one wish – to become a race car driver and the only one passion – machines and speed. This love had a different realization. She enjoyed everything automotive and loved creating with her own hands. Her favorites were photography, metalworking, and leathercraft. The girl achieved an impressive level of artistry and could make things that ordinary people can dream.

The girl had an independent soul and stubborn mind, Jessi said that she was ready trying anything at least twice because she didn’t want to give up after the first attempt. The young lady denied studying in the school of design and a full scholarship. Instead, she traveled across North America and finally settled in Denver.

She tried herself in snowboarding but later denied this idea. The girl decided to do what she can best – study automotive fabrication. Jessi got a degree and gained unique skills in various spheres - Collision/Refinishing, Chassis Fabrication, Street RodFabrication, and Trim/Upholstery. She started working with the marketing department but had never thought about the TV career.

Jessi became a TV personality thanks to her unique features, talents, and hard work. Her path to a successful career on TV became from working as a guest and then she was hired as a co-host on Spike TV. Here the fabricator spent four years until the accident happened with her. She was folded in two by a large piece of machinery that had fallen on her.

After this accident, she had a broken spine, and the doctors foresaw that she would bound to the wheelchair. A surgery, bed rest, therapy took eight months, but after the intensive recovery procedures, Jessi got the full medical release.

After the terrible accident, Jessi decided to move on and left the show. She became a demanded guest of numerous shows. She worked as a TV host combining the work of TV personality with work of fabricator and industrial artist.

She became a face of many brands and today continues representing many companies. Jessi could foster relationships, and that helps her to participate in exciting collaborations. One of them is developing line welding gear for women. She worked on the metal fab shop,

“where chicks can finally have a place to get dirty, be creative, use their skills, explore talents, go fast, and have fun in a comfortable working environment.”

Jessi enjoyed taking part in various racing competitions. The racer had beaten her record when she was driving the Other American Eagle. She set a new top speed in the shakedown run.

Her relationship status has always been “single.” She preferred to keep the law social profile and not to share her personal life. Her orientation is straight. Terry Madden, the member of her team and her boyfriend, wrote an emotional post on Instagram, naming her the most fantastic spirit that he has ever known.

The fabricator and TV personality died in a fatal accident. Before her death, she tried to beat her record, which she set in 2013.

The crash occurred about 90 miles south of Burns, Oregon, according to the Harney County Sheriff’s Department. The cause is not yet clear.

There is no information about the awards which she had got. Instead, Jessi regularly co-emceed the SEMA Industry Awards Banquet and was an award presenter. The TV personality proved to be a strong supporter of SEMA and put contribution to charity.