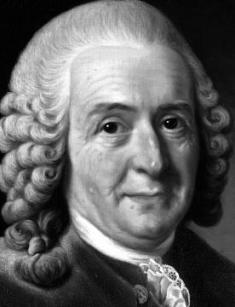 Carl Linnaeus is a scientist, academician, and professor whose contribution to human knowledge was immense. Botanists view him as the creator of their science, but his works embrace many spheres. Linnaeus became the creator of the modern Swedish language and promoted natural sciences as the subject for university education.

Carl was born in 1707 in a small Swedish village, Råshult. The boy’s father, Nicolaus Ingemarsson, was a priest. The family with peasant roots had no money for Carl’s education.

Carl’s mother, Christina Brodersonia, was a priest’s daughter. The future scientist was the first child in the family and had four siblings. The grandfather from the maternal side died the same year his first grandchild was born.

Two years later, Nicolaus was appointed a priest, and the family moved to the grandfather’s house. The man created a garden around the house and planted vegetables, fruits, and flowers. Curious Carl was interested in everything around him, especially plants. The eight-year-old boy knew the majority of plants growing in the area. Nicolaus gave his son a piece of land near the house, and the child could grow flowers and herbs there.

Carl went to the Lower Grammar School at Växjö, where his father had studied, and entered a gymnasium eight years later. The city was far from home, and Linnaeus could not spend much time with the family; he saw his parents only on vacation. The student’s academic performance was poor; he was good only at mathematics and continued to pursue his interest in botany.

As long as teachers saw Carl’s results left much to be desired, they offered his parents to teach their son some craft. However, a doctor who taught logics and medical subjects persuaded the school administration to keep Linnaeus so that he could become a doctor. Thus, Carl lived with his mentor and received individual lessons; favorite botany was included in the future scientist’s program along with major subjects.

In 1727, Linnaeus graduated from school and entered the Lund University; this is where he met Professor Stobæus. Later, he helped the young man and gave him shelter in his own house. Besides, Carl had access to the professor’s library and saw his personal collection of marine and river fauna and herbarium. Stobæus’s lectures were significant for Linnaeus’s evolvement as a botanist.

In 1728, the young scientist began to attend Uppsala University that gave more opportunities to study medicine and collaborate with talented professors. Students were eager to get as much knowledge as they could and studied sciences in their spare time. Carl made friends with another student interested in biology, and they started revising scientific classifications of that epoch. Linnaeus focused on studying plants.

The meeting with the theology teacher, Olof Celsius, was an important milestone in the young man’s life. It happened in the late 1720s; Celsius gave him access to his library and allowed him to stay in his house – Linnaeus’s financial state was poor.

Soon, the beginning botanist did his first research and included the fundamental ideas about the sexual system in plants there. University teachers took much interested in the manuscript. Professor Rudbeck Jr. appreciated this work and let Carl work as a demonstrator in the university botanical garden.

In 1732, Linnaeus traveled to Lapland; the university sponsored the expedition. The scientist went to the Scandinavian Peninsula for six months and studied minerals, animals, and plants; he was also getting acquainted with the Sámi culture. Linnaeus did not want to miss anything and traveled on foot mostly and occasionally rode a horse. Apart from the rich collection of natural objects, the man brought many household items of the Sámi to Sweden.

Carl gave the report on the expedition to the Royal Society of Sciences in Uppsala; he expected his notes to be published fully. However, in 1732, only a brief note about the Lapland flora appeared; it was a catalog of plant species.

“Florula Lapponica” was the first article where the botanist talked about the sexual system of classification in plants. Linnaeus separated them into classes and claimed that plants had a sex; pistils and stamens identified it. Besides, he determined orders on the ground of pistil construction. Although Linnaeus made some mistakes, his classification played a significant part in the development of science.

Carl’s diaries and descriptions of the Sámi’s life were published only in 1811. There is little information about their lifestyle at those times, and the scientist’s notes proved to be a great ethnographic value.

In 1735, the botanist went to the Netherlands and received a doctor’s degree in medicine; soon, he went to Leiden and published Systema Naturae. Two years in the Dutch city brought many genius ideas. Carl derived several classes: birds, mammals, amphibians, pisces, insects, and worms. A human being was named a mammal; then-known invertebrate animals were put into the class of worms; modern amphibians and repents were named amphibians.

The biologist described and classified a large collection of plants from all over the world. At the same time, he published many academic texts that changed sciences and brought fame among colleagues. It was the most productive time in Carl’s career. At the same time, Carl was making his autobiography; he described his life and shared many exciting expedition stories and facts.

When Linnaeus returned to Sweden, he never left the country again. He used to live in Stockholm and then settled in Uppsala. Carl worked as a doctor, headed the department of botany, and transferred his knowledge to the younger generation.

All in all, Linnaeus made many discoveries in biology. The number of his publications is high, and many of them were re-released after Carl’s death. The state appreciated the professor’s achievements; the academic world beyond Sweden knew him well.

The scientist met his future wife, 18-year-old Sara Elisabeth Moræa, in Falun. The woman’s father was an educated doctor with a substantial fortune. Two weeks after the young people met, Carl proposed to Sara, and her father gave his blessing the next day.

The wedding was postponed for three years. The couple went abroad and married after they came back. The ceremony was conducted in Sara’s family village.

The spouses had seven children. The first son was born in 1741; he is known as Carl Linnaeus the Younger. Two kids died in infancy.

The botanist’s personal life was happy: he loved his wife, and she loved him back. Carl even gave Sara’s second name to the beautiful flowers growing in South Africa.

From 1758, Linnaeus and his family lived in their mansion, ten kilometers from Uppsala.

In 1774, the man had a stroke. Although doctors managed to save him, Carl did not recover fully: he was partially paralyzed and stopped delivering lectures. The eldest son took his father’s place while Linnaeus lived in the mansion.

The next stroke happened in winter 1776-1777. The researcher lost his memory and could not recognize his family; he tried to run away from the house. In 1778, the famous scientist died; he was 70 years old.

As Linnaeus was named an honorary citizen in his lifetime, he was buried at Uppsala Cathedral.

Linnaeus’s heritage included an extensive collection of herbariums and an excellent library. Carl Linnaeus the Younger was supposed to receive it, but the scientist’s widow decided to sell it all. Although the scientific circles stood against it, the collection was taken away. Thus, Sweden lost the priceless works of the outstanding botanist.