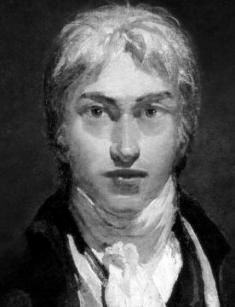 William Turner is a famous British romantic artist whose work was characterized by an innovative approach to the depiction of landscapes. He used mainly watercolor and oil, preferring a bright palette of colors. Even though contemporaries did not accept the late paintings of the master, it is now difficult to overestimate Turner's contribution to world painting.

Joseph Mallord William Turner was born about April 23, 1775, in a district of London called Covent Garden. The father of the future artist, William, made his own wigs, and in the late 1770s, he founded a barbershop. When the boy was ten years old, he moved to his uncle in the Metropolitan suburb of Brentford. The reason for this was the mental illness of William's mother and the resulting difficult situation in the family.

Living with a relative, the boy began to be interested in fine arts. After completing his schooling in the late 1780s, Turner moved back to London, where he found work with surveyors and architects. One of them was the famous English artist Thomas Malton.

In the winter of 1789, William, who at that time was 14 years old, enrolled in the Royal Academy of Arts. Sir Joshua Reynolds, a portrait painter, held the examination. Later, as a student of an influential educational institution, Turner enjoyed listening to the lectures of the artist who influenced the work of the watercolorist.

During his studies at the Academy, the aspiring artist thoroughly researched the full course of lectures on the idealistic direction in art, told by the first President of the art institution. A year after starting his studies, William's work, painted in watercolor, was presented at the local annual exhibition.

Turner created his first oil painting, that eventually was exhibited, in the year 1790. Subsequently, the works of the artist were presented at the Academy regularly. In 1791 he received a position as a set designer at the Opera Pantheon, located in Oxford Street, and moonlighted as a teacher of painting.

William paid due attention to studying works of masters of the past and the paintings of his contemporaries. Adopting the features of other people's works, he revised their images and expressed his own feelings.

An interesting fact is that the man particularly admired the works of Claude Lorrain. According to Turner, he could not hold back tears when he saw his painting, dubbed Seaport with the Embarkation of the Queen of Sheba. The watercolorist claimed that such a violent reaction was because he had never seen anything like it before.

Many years later, when William earned fame, he gifted London National Gallery the painting Dido building Carthage, or The Rise of the Carthaginian Empire, which he treated as an unsurpassed masterpiece. He asked for only one thing — that the work should be next to Embarkation of the Queen of Sheba. Turner studied Lorraine's professional biography in detail, including albums with his engravings Liber Veritatis, which were inspired by drawings of the French artist's mature creative period.

Later William organized the release of his own album, entitled the Liber Studiorum reproduced in the same technique as the drawings of Lorrain. The publication was intended for aspiring artists to use it as a textbook. Engravings in it were grouped according to their theme-historical paintings, architectural, mythological, mountain and sea landscapes.

Turner's first study trip occurred in 1791. Subsequently, the artist regularly went on European trips — to Switzerland, France, Italy, making sketches with the help of a travel palette. William left behind a truly great legacy — more than 10 thousand paintings and drawings.

The works captured in albums repeatedly became the basis for watercolors of the painter, which he created in London. During his creative life, the man often returned to his old sketches.

William Turner, being a famous artist, was appointed a corresponding member of the Royal Academy on November 4, 1799. Two years later, his work Fishermen at Sea was exhibited at the Academy, and then it gained great success and publicity. Artist Benjamin West compared the work of the representative of romanticism with the Dutch painter Rembrandt. On February 10 of the same year, William received the status of the youngest artist to achieve the status of Royal Academician.

The painter steadily worked to improve his technique, devoted a lot of time to the study of the links between geology and architecture, as well as the peculiarities of the movement of air and water. By the early 19th century, he had achieved absolute expressiveness and power in his watercolors, which are typical of an oil painting.

In his work, William did not use the technique of detail, creating an innovative view of the landscape, through which he conveyed his experiences and memories. In the paintings, Turner reproduced the image of people on picnics, walks, and fieldwork. Painting a person with sensitivity and love, the master showed through the canvases the imperfection of his personality and how weak he was before the mother nature, which was quiet and menacing, but always indifferent.

In 1807, William took a job at the Royal Academy as a teacher of perspective. He designed the curriculum in such a way that it covered not only issues directly related to the subject claimed, but also a much more comprehensive range of topics. Turner's lectures were a reinterpretation of Reynolds's course. They addressed the artist's favorite theme — the question of "poetic painting."

William Turner gained particular popularity after creating paintings that are dedicated to the wars with Napoleon - The Battle of Waterloo and the Battle of Trafalgar.

The painter first visited Italy in 1819. He visited Turin, Milan, Rome, Venice, and Naples, where he studied the works of contemporary local artists such as Titian, Tintoretto, Raphael.

Along with his journey to Italy, William's paintings became brighter and their palette more intense with the dominance of basic color combinations. Also, in his work, there was a new Venetian theme, which became special for the artist. He visited Venice three times — in 1819, 1833, 1840, so the memories of this city were reflected in the paintings.

However, not everyone was satisfied with Turner's success-collector and artist Sir George Beaumont, 7th Baronet openly criticized the "liberty" and "clumsiness" of his works. A little later, innovation in William's work, which anticipated the stages of painting of the late 19th — early 20th centuries, caused a mixed reaction of contemporaries.

The audience of the Victorian era, who preferred realism, which was almost no different from the photographic art, as well as cloying sentimentalism and a more modest color scheme, hardly understood many of the artist's work.

In the 1830-1840s Turner was often criticized by the audience and critics. The artist even had a reputation for being crazy because some of his works could even be called abstract. Because of all this, Queen Victoria refused to knight William. However, there were ardent defenders of the British painter-writer John Ruskin gave him the title of the most celebrated artist of all time.

Very little is known about the private life of the outstanding artist; he carefully concealed the details of his relationships. From a young age until the death of his parent, which came in 1829, William lived with him. Father was both his assistant and friend.

Turner never found a woman he was willing to make his official wife. But for many years he lived with an elderly widow named Sarah Danby. The couple had two children, both girls. The next eighteen years, William was in a relationship with Sophia Caroline Booth, who lived in Chelsea.

It was in Chelsea on December 19, 1851, that the artist's life ended. The cause of death was cholera. William Turner's last words are, "The Sun is God." The artist was buried in St. Paul's Cathedral next to the grave of Sir Joshua Reynolds.

In 2014, a feature film directed by Mike Leigh was released, telling the story of the final stage of the life of the English marine artist. William Turner was played by talented theater and film actor Timothy Spall.