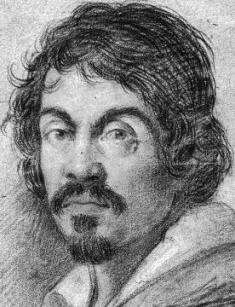 Michelangelo Merisi da Caravaggio is a famous Italian artist, the author of religious paintings. He mainly painted young men. His works are exhibited in the best galleries of the world – Uffizi, Hermitage, Metropolitan Museum, Louvre, Prado.

In one of the small counties of Italy called Lombardy in 1571, the future artist Michelangelo Merisi da Caravaggio was born. The researchers have not yet been able to determine the exact place and date of his birth, as there is no factual evidence of it. Perhaps the creator was born in Milan or nearby-in Caravaggio.

Michelangelo became the eldest son in the family of a builder. The artist had three brothers and a younger sister. Caravaggio did not live poorly, as his father had a good salary and a higher education.

Five years after the birth of Caravaggio, an epidemic of plague broke out. The only way to avoid infection was to move to another city. But it didn't help. A year later, after a long illness, the head of the family died. This period of Caravaggio's life was complicated.

In the biography of the artist, there are a lot of blank spots. The eight years of Michelangelo's life after the death of his father are still full of mystery. What is clear, however, is that in 1584, the young man went to Milan to study academic art under the guidance of Simone Peterzano. After passing the course Caravaggio was to receive an art degree, but official evidence of this fact did not survive.

In 1592 Caravaggio faced a new challenge, the loss of his mother. The inheritance was divided equally among the children. Thanks to this money Michelangelo was able to go to Rome. The artist had a reputation of a man with a problematic nature; he regularly got into fights, even got himself into prison.

The first years of life in Rome were difficult for Caravaggio. The young artist could hardly earn food and housing, but luck found its way to him. Fashionable at the time, the painter Giuseppe Cesari took Michelangelo to the post of a personal assistant in the workshop. The unknown creator painted still life in the artworks of Giuseppe. While working in the studio, Caravaggio created Boy with a Basket of Fruit and Young Sick Bacchus.

Soon Francesco Maria del Monte became the patron of Caravaggio. The artist gained access to the creative society of Rome. In gratitude, Michelangelo presented the cardinal with his painting Basket of Fruit, and then a few more works – The Lute Player and Bacchus.

During this period, from under the brush of Caravaggio came a few works that were eventually included in the world heritage list. Among them are The Fortune Teller, Cupid As The Winner, Narcissus. The eyes of the artist saw new directions – "pure" still life and" adventurism" in painting. The followers of Michelangelo often used them in the works.

At the end of the XVI century, Caravaggio created two series of paintings, telling the story of the life of the apostles. Some works were transferred to the Church of St. Louis of the French, located in Rome. These paintings are dedicated to Matthew the Apostle. Two works have survived to this day – The Calling of St Matthew and The Martyrdom of Saint Matthew.

Two more chapels in Basilica Parrocchiale Santa Maria del Popolo in Rome are also decorated with works by Caravaggio. The Crucifixion of St. Peter and The Conversion of Saint Paul are located here. The cooperation with religious houses lasted long enough. In the XVII century, there were paintings Position in a Coffin, Madonna di Loreto, and The Assumption into Heaven of Mary. The works were located in the churches of Sant'Agostino and Parrocchia Santa Maria in Vallicella.

The last few years of Michelangelo's life, he was on the run, trying to escape punishment. In creative terms, this period was rich in masterpieces. At this time, Caravaggio created altar paintings Madonna of the Rosary, The Seven Works of Mercy, Flagellation of Christ. The artist painted them for Naples.

While in Malta, Caravaggio created Saint Jerome Writing and The Beheading of St John the Baptist. In Sicily, from under the brush of the maestro came Burial of St. Lucy, The Raising of Lazarus, The Adoration of the Shepherds. At the end of his life, Michelangelo painted David with the Head of Goliath. Presumably, the work is a self-portrait.

One of the artist's early works, Boy Bitten by a Lizard, is currently on display at the national gallery in London. The author painted the picture in two versions. Art historians still argue about who is depicted on the canvas. There are two versions: the beloved of Caravaggio or the maestro himself.

In the gallery of Doria Pamphilj, there is another early work of the artist – Penitent Magdalene. This is a rare painting that depicts a young girl. Caravaggio paid particular attention to details: pattern on the dress, on the floor, there are decorations, a jug with a drink.

In the Uffizi, you can look at the exciting work of Michelangelo. The art Medusa was created on a canvas stretched on a wooden substrate. This creation was designed specifically for cardinal Francesco Maria del Monte, who wanted to make a gift to Ferdinando I de' Medici, Grand Duke of Tuscany.

The painting John the Baptist is in storage in Toledo Cathedral. The canvas depicts a young boy. Many rumors are surrounding this work. Art historians believe that the authorship may belong to one of the followers of Caravaggio. Others claim that Michelangelo painted the artwork individually for the abbot of the Solace Hospital.

The national gallery of Ireland has a picture of The Kiss of Judas. The work is based on Caravaggio's ideas about the last days of the life of Jesus Christ. A scandalous story is connected with this canvas. It turned out that in Odessa, there was a copy of the painting, which was subsequently stolen. Meanwhile, the original is still in Ireland.

In the gallery Borghese, located in Rome, you can get acquainted with another work of Michelangelo Caravaggio - Madonna and Child with St. Anne. The canvas features two women and a baby. Photos of many paintings by Caravaggio are placed in individual albums dedicated to world art.

Michelangelo Caravaggio was not married. Moreover, the man preferred to draw naked boys, not women. This led to the fact that many began to refer to the artist as gay. And in the XX century, Caravaggio was even called a gay icon. Official evidence of this fact has not yet been found.

In 1986 the movie Caravaggio saw the light of day. It told the story of the sexual journey of Michelangelo. The beloved artist was played by British actor Sean Bean. This was his first role of this nature.

In Italy, Michelangelo Caravaggio is known for his work, which caused a lot of controversy and scandals in society. Unfortunately, it is not only paintings that provoked outrage, but also his behavior. The offender regularly broke the law and was on the verge of imprisonment. Caravaggio did not have a permit to carry a bladed weapon, but the artist did not give it up.

Michelangelo threw a tray at the waiter, broke windows in someone else's house. The guards were tired of it, and that's why they put him in prison for a while. And in 1606 the man killed someone. The tragedy happened while playing ball. To avoid being behind bars, Caravaggio escaped. The author of the world's masterpieces spent the last four years of his life in exile.

Michelangelo hoped for a pardon, so he hid near Rome but later left for Naples. Malta was on the travel list. On the island, the artist was knighted for services to the order of Malta. But once again, he showed his temper and got into a fight. And Caravaggio's opponent was a high-ranking adviser of the order. Soon the artist managed to escape from prison in Sicily.

The danger from the Italian authorities passed, but there was a new one which came from the representatives of the order. In 1609, Michelangelo managed to escape from them but suffered greatly. The pursuers scared the artist's face. Later, Caravaggio was again in prison, but by mistake. Death overtook the creator on July 18, 1610. Michelangelo died of malaria. The great artist was 39 years old.

Michelangelo Caravaggio was buried in a group grave. Later the remains of the man were found. The content of lead in the bones exceeded the norm several times. Note that in those days, the paint had lead in it. Maybe it wasn't malaria that killed the artist, but the profession.