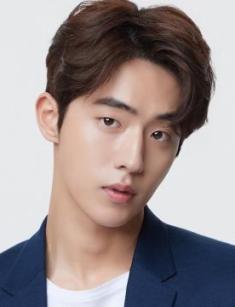 The Instagram page of one of the most popular actors in South Korea, Nam Joo-hyuk, does not look like a social network of a global star. The artist posts photos which do not depict the details of luxurious life. The young man, like most his peers, drinks a latte in his favorite coffee and walks on the beach with friends. The fact that the actor and model goes to Paris on weekends to pose for Esquire is a lovely addition to everyday pleasures.

Nam Joo-hyuk was born in Busan on February 22, 1994. He was a quiet and calm child who did not almost cause problems. The only thing that upset the parents was the stubbornness of the boy, who quarreled even with his mother if he did not get what he wanted.

The family moved to the city of Suwon, where he began attending school. The future actor began to play basketball to diversify school everyday life. The teenager was keen on sports. At some point, Nam Joo-hyuk decided to become a professional player, but a severe injury changed his life.

Realizing that the path to the big sport was closed, the young man decided to try his luck in the modeling business. The family was against it, so Joo-hyuk attended the audition of the modeling agency in Busan and did not tell his parents about it. The first attempt was unsuccessful as the scouts did not appreciate the appearance of the teenager.

Fortune smiled upon the young man in 2013. He saw a Top Model contest announcement which was sponsored by K-Plus. Nam Joo-hyuk outperformed 50 contestants and won the competition. In August of that year, he signed a contract with the agency that began acting for the teenager in the modeling business.

The novice model made his runway debut at Seoul Fashion Week. Nam was a model for the SONGZIO Homme 2014 S/S collection. The tall young man was noticed and invited to participate in another ten shows of the Fashion Week. A successful start of a modeling career helped Nam Joo-hyuk to make it into the film industry.

The young man was invited to play in the music video for Akdong Musician’s song “200%”. The director of the video liked the model’s acting so much that Nam immediately received an invitation to shoot in the next video.

In 2014, Nam Joo-hyuk played a minor role in the movie The Idle Mermaid. The TV series, consisting of 14 episodes, told the story of a modern girl with a fish tail. The plot did not impress viewers, so the drama went unnoticed. Nam Joo-hyuk's movie debut failed.

The series Who Are You: School 2015 helped the young man to regain his reputation. He was cast in one of the leading male roles. Joo-hyuk had to learn to swim in a short time to portray the character. Moreover, the actor had to look like a professional athlete. The stubborn young man achieved his goal, and the role in the series made an unknown model one of the most famous Korean young actors.

The drama Weightlifting Fairy Kim Bok-joo helped to consolidate the success of the actor. He appeared as a professional swimmer again. Joo-hyuk’s hero became the first love of another athlete who cannot confess her feelings due to shyness.

At the same time, the actor participated in the filming of Moon Lovers: Scarlet Heart Ryeo. The young man got the role of 13th Prince Baek-ah. The drama, which was criticized for the inconsistent historical data, attracted unprecedented interest among European viewers. The bright part drew attention to the young man and helped Joo-hyuk to sing several modeling contracts in the USA and Singapore.

In 2017, the actor received the leading role in the series The Bride of Habaek, based on the comic book of the same name. He portrayed Habaek, a narcissistic water god, who fell in love with an ordinary girl. The premiere received mixed reviews from critics.

The actor met his first love in high school. For three years, the young man dated a girl whose name was not disclosed in the press. Moreover, Nam Joo-hyuk prefers not to talk about the reasons for the breakup.

Rumors about the relationship of the actor and his colleague, Lee Sung-kyung, spread during the shooting of the TV series Weightlifting Fairy Kim Bok-joo. The young people met a few years before the project. Joo-hyuk and Sung-kyung worked at the same modeling agency.

When the actor answered questions about a possible love affair, he said that the girl was only his friend. In April 2017, representatives of the young people confirmed that the artists were dating. But in August, headlines about the breakup of Nam Joo-hyuk and Lee Sung-kyung appeared in the newspapers. The reason is too tight work schedules that did not leave time for the relationship.

In 2018, the actor could please his fans. In June, it became known that Nam Joo-hyuk would play one of the leading roles in the drama Because It's My First Love. The audition for the project of director Oh Jin-Seok has already ended. The actor got a positive character with a deep psychological problem.

In addition to the new series, the movie The Great Battle was released. The war drama was the first full-length film of the actor. Nam Joo-hyuk portrayed one of the main characters named Sa-mool. The film tells the story of a military unit protecting a fortress from enemies.

In addition to acting, Nam Joo-hyuk does not forget about his modeling career. The young man walked the runway at Milan Fashion Week. He was a model for the Dolce & Gabbana 2019 Spring/Summer collection.

According to Nam, he does not have time for his personal life at all, but charity is an obligatory part of his life. The actor still remembers the difficult financial situation in school, so he donates money to provide scholarships for low-income students.

At present, there is no information about Nam Joo-hyuk's net worth.