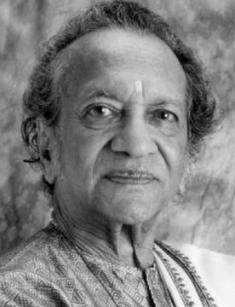 Ravi Shankar is one of the most famous cultural figures from India; he is often called the best sitarist of the 20th century. The musician contributed to the popularization of the traditional Indian music in Europe; he was acquainted with The Beatles and had a close relationship with George Harrison, teaching him how to play the sitar.

The would-be composer was born on April 02, 1920, into a Brahmin family; his relatives were canonical Brahmans. Ravi was the youngest among seven brothers and showed his interest in arts early. The boy participated in a dance ensemble of his brother, Uday Shankar; the group Company of Hindy Dance and Music toured in Europe and India.

However, music attracted the young talent more. In 1938, he decided to change the direction and took up sitar lessons; the royal musician Allauddin Khan became his mentor. Shankar was good at playing and formed his manner of performance thanks to the experienced multi-instrumentalist teacher. In 1944, Ravi started trying himself as a composer.

The solo sitarist debuted in 1939 in Allahabad and attracted the attention of the professional community. Soon, the talented young man received many exciting offers. In 1945, he created the music for the ballet India Immortal ordered by the communist party.

Three years later, Shankar settle in Bombay and began to collaborate with many cultural figures. The artist designed movie and ballet posters, worked as a session musician for various groups, and toured. The ballet Discovery of India based on Jawaharlal Nehru’s book about the history of the country was a success; Ravi wrote the music for it.

In 1948, the composer was invited to the position of the music programs; he also headed All India Radio in New Dehli until 1956. Besides, the artist led a folk ensemble and kept developing his solo career.

In 1954, the composer’s music reached the Soviet Union; West Europe and America began to talk about him two years later. By that moment, Shankar was one of the most popular artists in India, and foreign trips brought him even more recognition.

The widespread fondness of the Indian culture in the 1960s strengthened the artist’s positions. Legendary George Harrison, the member of The Beatles, was among his fans. Harrison became Shankar’s apprentice and used Indian motives in his music; besides, George produced the sitarist’s new discs.

In 1969, Rave presented the memoirs My Music, My Life in English; today, this book is one of the best readings about traditional Indian music. Several years later, the author published the second autobiography edited by Harrison.

1974 was marked with Shankar Family & Friends; Music Festival of India was recorded in 1976. The artist was frequently invited to large festivals, including those in Woodstock, Monterey, and Bangladesh. In spring 1982, Ravi Shankar gave a concert in Royal Festival Hall, London; the Prime Ministers of Great Britain and India and Prince Charles attended the event.

Ravi Shankar not only reproduced classics but also had many artistic experiments. He collaborated with many musicians and was often criticized for that in India; still, it did not prevent the composer from working with the violinist Yehudi Menuhin and the composers André Previn and Philip Glass. Shankar’s discography contains both discs with sitar solo music and works for the same instrument with the orchestra.

The composer was a well-educated and intelligent person. He received 14 doctoral degrees; Shankar was also a member of the American Academy of Arts and Letters. People trusted him so much that the man was elected to the Indian parliament. The artist’s achievements were widely recognized: two Grammys, Padma Vibhushan and Bharat Ratna Awards. Shankar is known as the laureate of the UNICEF and UNESCO Awards and Honorary Knight Commander of the Order of the British Empire. In 2004, he was nominated for the Nobel Prize for Peace.

Ravi Shankar’s major achievement is about breaking the limits of traditional classical music and its popularization; he helped link the cultures of West and East.

Ravi Shankar married Annapurna Devi, the daughter of his first teacher Allauddin Khan, in 1941. The son Shubhendra was born two years later, but the couple’s life together was difficult. Eventually, they divorced because the musician cheated on his wife with the dancer Kamala Chakravarty.

Soon, people learned the news about Ravi’s romance with the producer Sue Jones. Their daughter, Norah, was born in 1979. Still, kids were never the reason to stay in a burden relationship for the artist; Jones and Shankar split up in 1986.

Sukanya Rajan became the man’s last love. She had given birth to the daughter Anoushka in 1981, but the parents married officially only in 1989.

Both daughters followed in their father’s footsteps. Norah Jones is a singer who can boast eight Grammy Awards; Anoushka Shankar is a sitarist and composer. The younger daughter often toured with her dad when he was alive.

The man was involved in social activities and established the Ravi Shankar Foundation in Delhi. Nowadays, the organization has its own educational center for the traditional music studies, archive, and professional recording studio.

In 1992, Ravi Shankar had angioplasty: this kind of surgery was recommended to patients with heart disorders. Thanks to a special valve, the composer could continue to give concerts and work. Shankar had from 25 to 40 shows every year, which was pretty challenging at his senior age. Ravi was going to finish his tours in 2008; the events with him were scheduled up to 2011.

On December 6, 2012, Shankar felt worse; breathing was hard for him. Doctors decided to change his cardiac valve, but the patient could not stand the complicated surgery and passed away. He was 92 years old.

Ravi Shankar’s net worth was $5 million by the moment of his death in 2012.