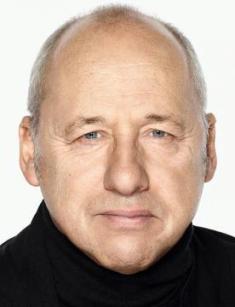 The UK would not have been lucky to enjoy the rock band Dire Straits, but for the famous musician and songwriter, Mark Knopfler, who became one of its founders.

Mark Freuder Knopfler (the full name of the future British musician) was born on August 12, 1949, in Scotland.

The boy’s father, a professional architect, had to emigrate from Hungary in 1939, the reason for this was anti-fascist views and Jewish nationality. In Glasgow, Scotland, he married a local school teacher, Louisa Mary. Mark is not the only child, and the singer has an older sister, Ruth, and brother David, who is three years younger than the musician.

When the boy was seven years old, his family moved to Newcastle, in North East England. Like most rockers, Mark did not have a proper education. The family in which the child grew up was connected with music. His father played several musical instruments.

He became the boy’s first teacher who taught him to play the piano and violin. But the future rock star gave preference to the guitar. When Mark was young, he often listened to country music which influenced his future work.

At school, Mark was good at the English language; as a result, at the age of 18, he entered a technical college to study journalism. Upon graduation, he got a job as a junior reporter in Leeds. In this city, the musician met a local guitar player, Steve Phillips.

Over time, two young people understood that they had similar musical preferences. At the end of the 60s, Steve Phillips and Mark Knopfler decided to create a duo called "The Duolian String Pickers." Mark did not stop working as a journalist. It should be mentioned that Steve played an important role in Knopfler’s career, becoming his teacher and showing some subtleties and techniques of country style guitar.

In 1973, Mark moved to London on the same day when he graduated from the university with a degree in English and literature. The man was confident that he would become a musician. The Knopfler brothers decided in 1977 to create the band Dire Straits and offered John Illsley, a university friend, to join them. After a short period, Pick Withers also became its member.

It was Pick who proposed the name of the band. The guys scrape together 120 pounds to record a demo tape, which played a decisive role in the career of four musicians. The demo was taken to BBC Radio. On July 31, there was a turning point in their life. The song "Sultans of Swing" became very popular with listeners and attracted the interest of the record companies.

The first album Dire Straits was released in 1978, but despite the stunning success of "Sultans of Swing," the songs of the album topped the charts for a very short period of time.

Less than a year later, in the Bahamas, the group recorded the next album entitled Communique. The album with recognizable songs "Lady Write," "Once Upon A Time In The West” gained popularity in Australia, topped the leading charts, but failed in the UK.

Mark was not only as a singer and guitarist but also as a songwriter. In 1982, he wrote the soundtrack for the film Local Hero. The song "Private Dancer," which was not included in the group's albums, becomes a breakthrough in Tina Turner's career, and some members of the group even toured with the singer.

Record companies and producers offered the group to record a live concert. So, after the tour, they had two more shows, which were videotaped. And in 1984 a new album entitled Alchemy was released, which immediately peaked at number 3 on the UK charts. Brothers In Arms, recorded in 1985, was a breakthrough in the band's career. Dire Straits was recognized as the best band in the world.

The group changed its members more than once. Keyboard players left it, while guitarists joined, then guitarists left the band, but it included saxophonists. Musical critics claimed that their musical style and direction changed from rock to country, and over time the group began performing rock blues. Saxophonist Mel Collins added the blues sound.

Mark Knopfler reached the peak of fame during the existence of the rock band. In 1995, the musician decided to pursue a solo career. Later, Mark Knopfler released ten albums. The man is left-handed but plays the guitar right-handed, which made him a living legend.

There is little information about the musician’s personal life. Mark has been married three times. Kathy White, the rocker’s girlfriend from school days, was the first wife. Lourdes Salomone became the second wife of the singer, and they were married for ten years.

Salomone gave birth to twin boys. In 1993, their marriage broke up. For the third time, Knopfler married Kitty Aldridge, and the couple had two daughters: Isabella and Katya Ruby Rose.

During his solo career, Mark performed with other famous rockers more than once, produced famous artists and wrote soundtracks for films. Critics periodically complain about the musician’s solo performances, but loyal fans and listeners support the artist, as evidenced by full-house at Knopfler’s concerts.

The musician has said in numerous interviews that he has never pursued fame, which can explain the breakup of the group.

“Success and fame are two different things. Success is great. I recommend it. But fame is a completely different thing; it is a byproduct of success and a very dangerous thing. Glory dissolves your personal life and your personality. People expect that you will follow some stereotype, and this ultimately leads to the fact that you replay one successful motive for all your life. In fact, if you want to be truly successful, you need to write what satisfies you," Knopfler said in an interview.

Nowadays, the singer lives with his family in Chelsea.

Mark Knopfler has a net worth of $95 million.