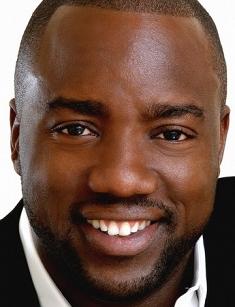 The American youth activist, actor, and singer succeeded in combining different activities and being successful in each of them. Each work is an essential part of his life and enriches the actor, making him not only the actor but also the man with spirit.

The American actor was born into a big family. He is the fourth out of six children. His father was a strict Muslim; this fact had much influence on his childhood. There was no TV set in his family; that's why the boy grew up without access to television.

Since his early ages, Malik had a passion for acting and soaked an audience. His first significant experience as an actor was "Alice in Wonderland" that ran off-off-Broadway. At the age of fifteen, the teenager came across with street violence, he was shot, and this gunshot radically changed his life. He started working as a youth activist and through his life, communicated with numerous young people with a different background.

In 1993 without any help of agents and headshot, he gained the role in "Cool Runnings." He just came to an open casting call and got the role. The actor thought that his bright Jamaican accent helped him, the accent he perfected by hanging out with the Jamaicans in Washington Square Park.

The actor started both his movie and television career approximately at the same time. Thus he appeared in a popular sitcom and played his debut role in a movie in 1993. It is hard to say where Malik was more successful. During five years the actor has been starred in a TV series "New York Undercover," where he played the leading role. This work has become one of the best for the actor. Thanks to the believability of his character and Malik's screen presence, Yoba gained many fans.

The critics appreciated his work and highlighted his sculptured physique. Yoba got incredible success and was included in the list of the sexiest people of 1994-1995. When he was asked whether he felt sex symbol, the actor said:

“we're all sex symbols…. Because our parents had sex, we're symbolic of that sexual consummation”.

At the same time, he appeared in different movies, among them "Ride", which brought him the most significant success. His profile helped him to get roles in thefeature films "Smoke" and "Blue in the Face."

Besides his movie career Malik proved to be a talented singer and songwriter, he calls the style of his music “urban folk”. The actor took participation in various community organizations and also led the company which produces motivational workshops.

Thanks to his music, he tries to communicate with young people and show them that each person has a choice and a voice. Thank to his long and prolific social work, in 1994 the actor was included in the list of New York Times Magazine as one of thirty actors under thirty who would change the culture in the following thirty years.

In 2015 there were drugs and gay rumors about Malik. His character was unpredictably killed in the popular TV series "Empire." Some journalists spread gossips that the creators of the show had to kill his character because of Yoba's drug addiction. The actor tracked down the blogger who told it and demanded a public retraction. He also denied the rumors that his character was killed because of his homophobia as he worked alongside with the open gay Jussie Smollett.

He has been married since 2003 with the actress and producer and has got three children, two daughters, and a son. The actor was married twice; Malik was previously married on the actress and model. This marriage brought him, two children. But busy lifestyles caused the split of the couple.

At present Malik Yoba has a net worth of $3 million.