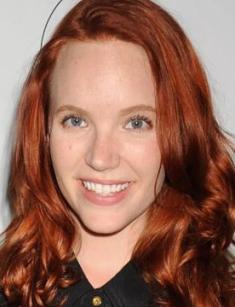 Tamzin Merchant could have played Daenerys Targaryen. Although many people know her due to the never-played role, the woman’s artistic potential is enormous. George R.R. Martin himself approved of her, inspired by the actress’s performance in another popular project, the series The Tudors.

Tamzin Merchant was born on March 4, 1987, in Haywards Heath, Sussex. The family moved to Dubai soon, and the girl lived there until 13, returning to the home town later.

The teenager attended to the private Windlesham House School and then continued her education at Brighton College. In 2007, the young woman made the final decision to devote her life to the arts and entered Homerton College, Cambridge. She studied English literature until 2012 and mastered her acting skills there.

In 2005, Tamzin debuted as Georgiana Darcy in the movie Pride & Prejudice. Rumors had it the beginning actress was so eager to receive the role that she wrote a letter to the director. Merchant described how much she loved Jane Austin’s novel and Georgiana and added she learned how to play the piano for this very role.

The same year, the screen version of Gerald Durrell’s autobiographical novella My Family and Other Animals was released. The young talent gained the part of Margo Durrell, the naturalist’s light-minded elder sister. The project was a great success and enjoyed high ratings on IMDB. Several minor roles followed; one of them was in Casualty 1906, the costume drama about a hospital in the early 20th-century.

The success came in 2009 when Merchant joined the cast of the series The Tudors.

She gained the role of Catherine Howard, the fifth wife of the English king Henry VIII, in the fourth season. Tamzin got into the character of the young beauty whose fate was as sad as that of the courtier Thomas Culpeper (Torrance Coombs).

In 2011, the artist played in Jane Eyre, but fans remembered another episode of her biography better. Tamzin was invited to personify the khaleesi in Game of Thrones, the screen version of George R.R. Martin’s A Song of Ice and Fire.

She even worked on the pilot but then refused to participate in the project. According to Kit Harington, who played Jon Snow, it was entirely different from Game of Thrones we know today; many actors would hate the idea that the audience would see it. The role of Daenerys was given to Emilia Clarke in the end.

Further on, Merchant regularly appeared on the screen with secondary parts. Things changed in 2014 when she joined the cast of the fantastic series Salem based on witch trials in the American city. The woman played Anne Hale, a hereditary witch and the daughter of Magistrate Hale.

When the artist was working on Salem, she also debuted as a director and created the short movie American Virgin. She confessed in her interview it was frightening to lead the whole process, but all fears were in vain: Tamzin felt like she belonged to the movie set.

In 2017, fans had the chance to enjoy their favorite’s acting in the series Supergirl; she played the thief Lyra Strayd. Besides, Merchant took part in the movie Dragonheart: Battle for the Heartfire and the mini-series Thanks for the Memories.

Tamzin does not limit herself with acting. She has shown her literary talent in two poems published by Platforms Magazine on the Internet. While “Where Does Revenge Stop?” is the woman’s reflection on people’s cruelty, the second opus, “Ode to a Toilet” is a sarcastic piece of text: the author noticed that book and movie characters never went to a toilet.

Merchant is actively involved in charity: she supports the international organization Build Africa. Besides, she delivered a speech in the London club Hospital on the International Women’s Day.

There is little information about the actress’s romances; she has no husband or children. In 2011, Tamzin met the British actor Freddie Fox at the movie set of The Mystery of Edwin Drood and began to date him; they spent some two years together and then broke up. Whether the artist is seeing someone now is unknown.

Fans can follow Merchant’s out-of-stage life on Instagram. It has many personal photos from home and vacation, and people can learn many new things about the actress.

It is the story about mythical beings that escaped from war. A series of mysterious murders occurs in the city where they settled; the locals have little trust to the newcomers.