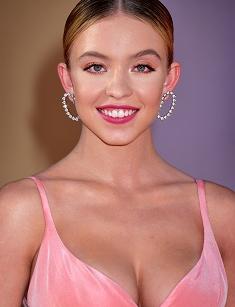 Sydney Sweeney is an American actress who gained wide recognition mostly after the appearance in the television series Everything Sucks! in 2018. By the way, she is a distant cousin of Robert Francis Vaughn, also an actor and film director who died in 2016.

Sydney Sweeney was born in Washington in 1997. Her family consists of her brother Trent, a mother who works as a lawyer, and father who is occupied in the medicine. Sydney was an interesting child, in high school, her field of interests was more about fighting, grappling than dancing or singing.

As a kid, Sydney found out about the audition for some indie movie, and after this, she became interested in acting. Sweeney tried to convince the family and even wrote a business plan for the next five years. After that, Sydney's parents agreed with their daughter's idea and moved to Los Angeles, where the agent for a young actress was found rather quickly.

Sweeney’s acting career started with her appearance in the series Heroes and Criminal Minds in 2009. However, her breakthrough took place in 2018, when she played Emaline Addario on the series Everything Sucks! which was about students’ life. The same year, Sydney starred as Alice in the miniseries Sharp Objects. Firstly, the actress was supposed to have a smaller role, but the director really liked her and decided to involve her character in more scenes. For picturing Alice, Sydney visited psychiatric facilities and learned about girls with mental illness. Sweeney starred in these two series at the same time.

Speaking about the 2019 year, the series Euphoria had a premiere, and Sweeney stars there as Cassie Howard together with Zendaya. One of the executive producers of Euphoria is rapper Drake. Also, Sydney appeared in new Quentin Tarantino's movie Once Upon a Time in Hollywood as Dianne Lake. By the way, in Euphoria Sydney’s character sometimes dresses up like Alabama Whitman, a personage from another Tarantino's film True Romance (1993).

Speaking about the upcoming films, Sydney will appear in Clementine, Big Time Adolescence, and Tell Me Your Name. For 2019, Sweeney has a net worth of approximately $2 million which is great for her age and amount of experience.

In her love life, Sydney is very private. However, last year, she posted a video on her Instagram page, where she was holding hands and kissing Michael Fitzgerald. The guys have been friends since Sweeney was 13 years old, and it seems that now Fitzgerald turned out to be her boyfriend.

Speaking about Sydney’s education, she is currently finishing her third year of the college course online, where she studies entrepreneurship.