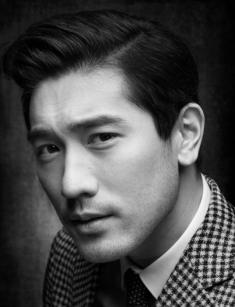 He was a skilled model and actor whose popularity expanded in China and the USA. He was a promising and well-established young man in his industry, who thoroughly focused on his work.

Unfortunately, the actor died on the set of the reality show when he was 35 due to cardiac arrest. The admirers of his activity, as well as actors and directors, shocked. They blamed the producers of the sports reality show in his death as it reported that the actor had to work in challenging conditions for about 17 hours per day.

He was born on the 22nd of September in Taipei. His father was a general manager at the French tire manufacturer. He had two elder brothers. The turning point for his family happened when his parents, siblings, and Gao moved to Canada. Here he attended secondary school and then university in Vancouver. His height was 6 feet, 4 inches. The boy with towering height played basketball for the school team.

Since the 2010s, the actor began appearing on numerous TV dramas of the Chinese television. In 2013 Gao made his debut on the American screen when he appeared in the movie adaption of “The Mortal Instruments: City of Bones as Magnus Bane.” Those times he received critical recognition and the public’s fame after starring the role in the Chinese drama “Remembering Lichuan.”

In 2004 he decided to come back to Taiwan and work as a model. The young man was good at modeling; his popularity in the industry was steadily growing.

The historic moment happened in 2011 when he was offered to work with the most prominent fashion brand Louis Vuitton. This news was impressive not only for the Gao but also for all fashion industry, as the Asian model appeared on the campaign of the legendary fashion designer first time in history.

The media reports that the actor hadn’t been in a relationship in 2019. Gao was a hardworking and passionate actor; that’s why he thoroughly focused on his work. His father retired many years ago, and his mother devoted her time to her family and home. His second brother works as a model too.

He died on 27th of November in 2019. The actor worked on the other picture and immediately was collapsed. The doctors tried to save him for three hours, but unfortunately, they failed. The actor was pronounced dead. The cause of his death is cardiac arrest.

This news shocked the audience; at the same time, this situation came under scrutiny. The actor took part in the sports TV series, where contestants had to compete physically late at night. It is known that Gao had been working for 17 hours before his death. The actors and the directors stated that TV series’ producers had to take responsibility for his death. On the 28 November, his body was moved to a funeral home. His family had transferred his remains.