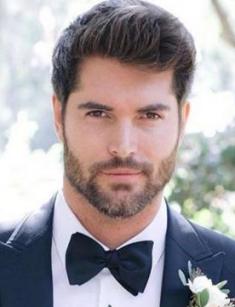 During his career, Canadian actor, party-goer and model Nick Bateman has been the face of famous brands and has played several prominent roles in TV series and movies. Instagram and other networks brought him real fame. He won the Golden Maple Award for Outstanding Social Media Achievement.

Nicholas Kevin Stanley Yunge-Bateman was born on November 18, 1986, and spent his childhood in Burlington, Ontario, surrounded by an intelligent and loving family.

The parents encouraged an active lifestyle, and at the age of 4, the boy began martial arts training. He achieved success in Gōjū-ryū karate, and then, mastered the complex technique of bō under the guidance of mentors. Thanks to this, in school years, Nick won several titles in the National Blackbelt League and became a young karate master, having won the multiple weapons world title.

At the same time, the boy dreamed of a career in television and shot amateur videos, introducing himself as a model and actor. This activity made the young man improve dancing and voice, as well as take care of his body. So, he has a beautiful torso; his weight is 187.39 lbs. (85 kg) with a height of 6.29 ft. (192 cm).

As a result, having graduated from the financial department of Capilano University, Bateman opened a specialized sports academy and became a choreographer in TV shows on TSN.

In 2004, Nick won a silver medal in a fighting contest where former world champions participated, and then went to Model Universe casting and signed the first contract with Calvin Klein. These events influenced the further career of Bateman, who created a photography portfolio, working in Miami, Milan, and New York City, and being photographed by Bruce Weber. Soon the man decided to try his hand at acting.

Bateman's first acting experience was his role in the short film Ethos, created by director Justin Wu. Then he played in episodes of TV shows and appeared in the film Hobo with a Shotgun.

Nick played brilliantly in Jason Eisener’s comedy, alongside Gregory Smith and Rutger Hauer, and his acting received positive reviews, despite the general criticism.

Then the young man participated in several TV series, including the comedies Mr. D, My Babysitter's a Vampire, and Space Janitors. In 2014 he took part in Allan Ungar’s action movie Tapped Out. The most notable works in Bateman’s filmography are the roles in the films Winter Wedding, Gambit, and The Matchmaker's Playbook, as well as the TV series The Listener and A Brush With Love.

It was not easy for Nick Bateman, who was born under the Scorpio zodiac sign, to find a soul mate. However, a girl named Maria Corrigan appeared in his life.

Since they have met, the couple took care of a small dog and posted its photos on Facebook and Instagram, dreaming of children. After the birth of their son, Chase, the actor began posting his pictures on social media, which disappointed young and free ladies.

On July 18, 2019, after ten years of dating, the Canadian beauty became the actor’s wife, and they celebrated the dream wedding in Malibu. The couple said in an interview that they were pleased about the presence of the child at the ceremony. So, the boy could see his parents walking up to the altar.

Nowadays, Bateman’s social networks have many messages and advertisements, in addition to photos of the wedding.

Fans have paid particular attention to the trailer for Jensen Noen’s drama The Perception, as well as news about the shootings of the movies Airplane Mode and Severed Connection, and the Canadian television series Play for Keeps.