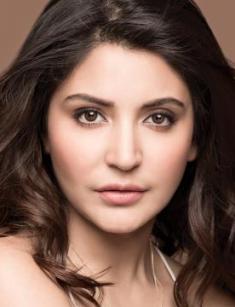 The famous Indian actress Anushka Sharma recently appeared in Bollywood but has already entered the top of the most highly paid actresses. Anushka has an estimated net worth of $15 million as of 2019. The young woman works as a model, does charity work, fights for gender equality and animal rights.

Bollywood actress was born May 1, 1988, in Ayodhya, Uttar Pradesh, India. The girl's mother is a housewife, and her father, Ajay Kumar Sharma, is an officer in the Indian army. Anushka' s older brother is a successful movie producer.

Sharma graduated from Army School at her father's insistence and entered the Mount Carmel College in Bangalore. During her college years, she participated in fashion shows and appeared in glossy magazines.

Anushka, working as a model, wanted to work in a movie. However, for some reason, directors did not invite the talented girl. This is doubly strange because Sharma knows Hindi, which not all actresses can boast of. The first time she was lucky in 2004. She played an episodic role of herself in the series Koffee with Karan. Anushka liked to work on the set so much that she began to look for a new project with redoubled force.

In 2008, the young woman was invited to the role of Taani Sahni in the movie Rab Ne Bana Di Jodi (English: A Match Made By God). In an interview with Sharma, she confessed that this work was sent to her by God. Everything in her life was going so well that she would play in the movie.

The movie was a box office success. Together with Anushka, in the movie starred Shah Rukh Khan, Vinay Path and M.K. Raina, and Rani Mukerji. The movie tells the story of the girl Taani, who is unhappy in marriage. She loves dancing, fun, and music, and her husband is always at home. In preparation for the competition, Taani meets her new dance partner. Will she dare to leave her husband?

In 2010, two movies with Anushka's participation - Badmaash Company and Band Baaja Baaraat - were released on the big screens in the same year. Both films were popular in India and also went on sale in the UK, where viewers love oriental cinema.

The movie Patiala House was released in 2011. In the movie, Anushka and Rishi Kapoor, the legend of Indian cinema, beautiful Dimple Kapadia, Akshay Kumar, and many other Bollywood stars were in the cast. The movie describes the life of Gattu, a guy whose family moved to the British capital (by the way, the movie was also a success there). Gattu had to give up his dreams to help the family financially, but all seventeen years he regretted his decision.

In 2011, the picture Ladies vs Ricky Bahl was also released. Sharma's partners on the set were Ranveer Singh, Parineeti Chopra, and Akshay Anand. The actress plays the role of a strong, willful woman Ishika Desai. One day she gets caught in the paws of a crook and loses her company. It turned out that the cheater had also deceived two other girls, Saira and Dimple. Together they decide to find and punish the offender.

The drama Jab Tak Hai Jaan (As Long As I Live) brought the actress the first award - the Filmfare Award for Best Supporting Actress. Anushka played the role of Akira Rai, who works as a journalist on the Discovery Channel. Akira accidentally has a brave Major Samar Anand's jacket. She finds a military diary in it and, reading it, falls in love with Samar.

PK became India's most popular box office movie of the year in 2014. Directed by Rajkumar Hirani, the film is considered to be his best work. The fantastic movie tells the story of the alien PK (played by Aamir Khan), who came to Earth to study people.

On his first day on Earth, a remote control was stolen from him, which allowed the alien to contact his ship. Now he has to find his remote control, and on the way to ask people a hundred strange questions that will force the earthlings to rethink life.

In the movie, Phillauri Anushka Sharma was not only an actress but also a producer. Before that, she produced the movie NH10. The actress performed the role of a ghost of a girl from the nineteenth century, whose spirit was enclosed in a tree. Kanan comes back from Canada to India and wants to marry her beloved. But because he's a mangled horoscope, he'll definitely be unhappy in his first marriage.

The way out was fast - the man played a ritual wedding with a tree to burn it later. However, the spirit of the girl came out of the tree, which requires the man to perform the task, otherwise he will remain married to her forever.

In winter 2017, Anushka Sharma married her boyfriend, cricket player Virat Kohli. The couple had been dating for several years before the wedding. There were always reports on the web that the couple split up, then reconciled, and so many times. Not all of the news was true, but the relationship wasn't exactly smooth.

Anushka and Virat married in the south of Italy on a rented estate. Among the guests were many Bollywood stars, athletes, and high-ranking officials. Also, the bride's father invited army officers. For those guests who could not fly to Italy, the couple held a reception at a hotel in New Delhi.

There are also rumors that Anushka and her husband Virat are thinking about starting a family. Their parents have long wanted grandchildren, and by Indian standards, young people of their age should have children. The actress shares the latest pics on Instagram.