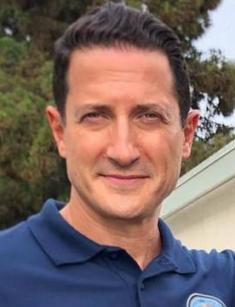 The Israeli-Canadian actor Sasha Roiz isn't yet included to the list of first-size movie stars, but he already has a large army of admirers who follow their favorite's career and private life. He has become famous for his roles in high-rated American TV series, and he continues to admire the spectators with bright images in new projects.

The future actor was born in the ancient Israeli town of Yaffa, which is a

part of Tel Aviv territory in the late autumn of 1973. His parents are immigrants from the Soviet Union; they are Jewish. Two sons were born at the family of Jacob and Rita Roizman after the relocation to the “Promised land." So the actor talks Russian as well as Hebrew.

If Sasha and his brother Ilan spent their childhood in Israel, they had to grow up in Canada, where the family relocated in 1980. Here, in Montreal, the father of the family was working as an engineer, and at the peak of his career, he became the head of the construction and energy company. After the relocation, Roizman shortened his surname to Roiz.

In his youth, Sasha Roiz didn’t at once decided what profession he preferred. In the beginning, the brothers had a dream of being like their father, and we're going to receive the education in electronics.

Then the boy began to be interested in history and attended college, where he profoundly studied the subject. The athletics made the actor move his books away for a while, but in a short time, the music replaced the sport.

From 1996 till 1999, Royce performed with the famous Canadian band Tricky Woo, which played indie rock music. After the 3rd disc had been released, Sasha finally decided on his preferences. He left the music sphere and set off to England, where he became a student at Guilford Theatre School. He was 25 at that time.

After the 29-year actor had returned to Canada, he joined the Montreal Theatre troupe for a year, but later he left the stage and relocated to Toronto. He began his cinematic biography here.

In 2005, Sasha Roiz received the Mask Theatre Award as Best Supporting Actor. In 2007, the actor changed his place of abode again and settled in the USA, and chose Los Angeles to live here. In the ‘’capital’’ of Hollywood the Israeli’s career began to take off.

The actor had his debut on TV a long time before his relocation to Hollywood: in 2001 Roiz appeared in the Canadian series Largo, and after two years in six episodes of the sports drama Playmakers. His first loud premiere came out in 2004 when the movie The Day After Tomorrow came out on the screen. Sasha met Jake Gyllenhaal and Dennis Quaid on the movie set of this tape.

In a short time, the actor enriched his filmography with the projects Land of the Dead and Man Of The Year. In the latter one, Roiz worked with the first-size stars, Robin Williams and Christopher Walken. After he had moved to the United States, he lit in the series Terminator: The Sarah Connor Chronicles and Mentalist, where he played supporting roles.

In 2009, the extremely popular project Lie To Me came out. Right after this, there came out on the screen the science fiction movie Caprica, in which Roiz received a permanent role. The series was closed after the first season because of its low rating. It was exactly the series which turned the actor into the rising star.

The popular projects House, M.D., in which there starred Hugh Laurie and the fantasy Grimm brought the actor to the new height. In the first one, Roiz was shooting from Season 7 to Season 10 as Sergeant Driscoll, and in the second, the spectators recognized him in the role of Captain Sean Renard. On the movie set of Grimm, which was broadcast from 2011 to 2017, Sasha was working with Claire Coffee, who played the role of his beloved woman.

In 2014, the admirers saw the actor in the disaster movie Pompeii, in which Roiz received one of the key roles – the assistant to the Senator Corvus. The brilliant actor Kiefer Sutherland embodied the character of the latter.

In 2016, the Canadian changed his citizenship and became American.

Having a height of 1.96 m Sasha Roiz has a weight of 84 kilos. Sometimes the personal life of the athletic, handsome actor appears on the pages of the tabloids, but the actor keeps it in secret carefully from other people 's eyes.

It’s known that Sasha hasn’t got married and doesn’t have children, though some love affairs of the star became the subject of discussion. At the same time on Roiz’s pages on Instagram, Facebook and Twitter you won’t find the photos with his girlfriends: the actor demonstrates his beautiful torso with pleasure but not the women whom he dates.

People told that Roiz had relations with the actress Asha Leo. In the social networks, the admirers have found him in the company of the girl, but on the photo, the couple was in the group of his colleagues. Later, there were spread the rumors about Sasha 's love affair with the model Elizabeth Brimer, but that time he also didn’t give interviews and comments.

The actor continues to develop his career in Hollywood, and at present, he is shooting in the new project, which release is set for 2020.

In 2019, Roiz took part in the American police drama with fantasy elements under the title Lucifer, in which he played in Season 4 in the role of Federal Marshal Luke Reynolds.

At present, Sasha Roiz has a net worth of $2 million.